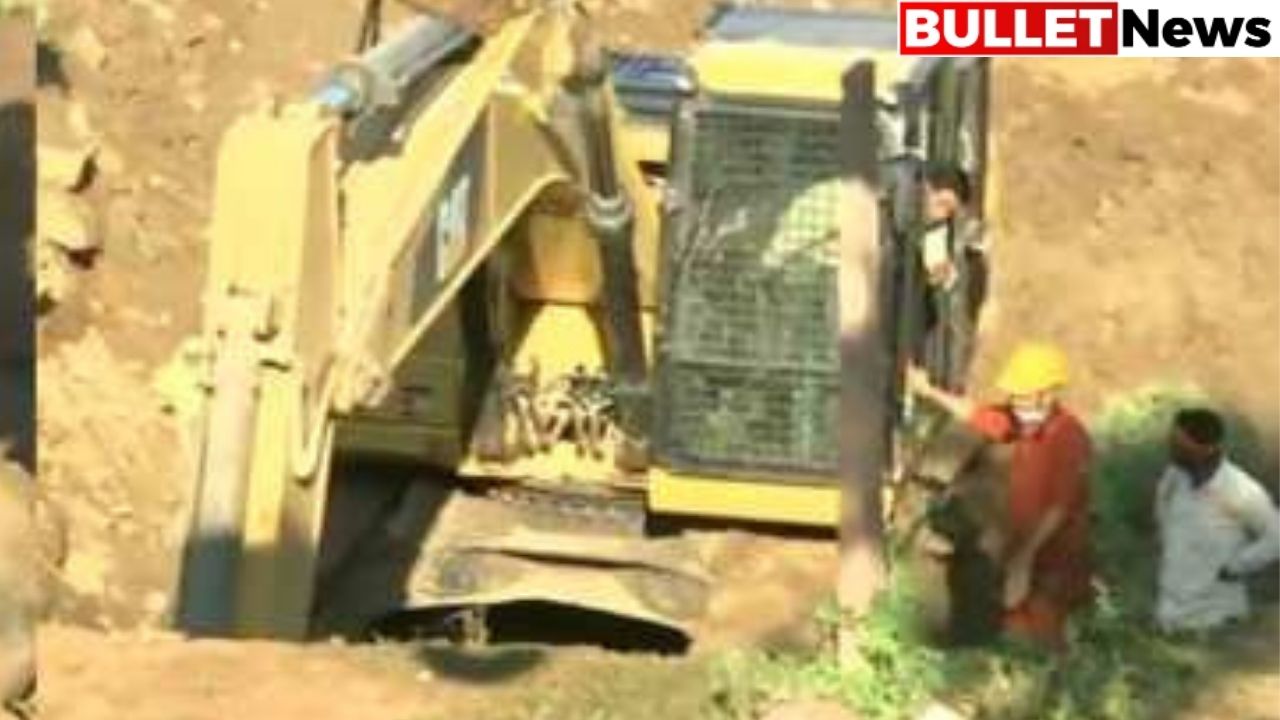 The vidisha district wall collapsed well at Madhya Pradesh on Thursday, led to the death of at least three people. With around 15 people are still missing out. The incident occurred when people gathered around the well to save a 13-year-old child who fell in it. Now, a woman who lives close to the well said. That a good slab had collapsed twice in the past.

As many as four bodies have recovered so far, and some people were feared stuck after the RCC wall around a well in the Vidisha district of Madhya Pradesh surrendered on Thursday night. About 14 people have been saved so far. At least 15 people have fallen into the well, officials said.

The incident occurred between 7: 30-8 nights in the Lal Pathar Vidisha area, which fell below the Ganj Basoda police station as soon as a boy fell into the well. Speaking to the media, the Minister of Medicine, Wish, was Sarang, a minister responsible for the Vidisha district, said, “A boy has fallen into the well and the villagers have stood on the RCC plates that cover the wells surrender.”

Sent the nest to the place by Minister of Shivraj Singh Chouhan, also in Vidisha. At the time of the incident. A Personnel Force Rescue Disaster (SDRF) and National Disaster (NDRF) team were rushed to the location.

Speaking to the media, Chouhan said, “It’s hard to give the right number but it is a sad incident and the best effort made to save people.” Chouhan has ordered a high level of investigation into the incident.

Of the 14 most sustainable minor injuries. Those who were saved also included two SDRF personnel who had fallen into the well while conducting rescue operations. Five other people were suspected of being trapped while work to pump healthy water was being carried out. ADG Sai Manohar told Indian Express: “The boundary is built on loose land that surrenders and people fall inside. Water is pumped and until all saved, it will be difficult to ascertain how many have been trapped inside.”

According to the local villagers, the 14-year-old boy who was identified as Sandeep Parishar came to fill water when he fell into a well. Immediately after that, around 50 people from the village rushed to save him. About 30 villagers stood on the RCC slabs covering wells and resting on the iron rod. The streets surrendered, and the slab, along with those who stood on it, fell into the well. According to Sarpanch Amar Singh Village, it’s good about 30 feet and has 20 feet of water.

Immediately after the state government received information about this incident, the State Disaster Rescue Force personnel (SDRF) and the National Disaster Response Force (NDRF) were rushed to the location. Since then, 19 people have been saved, most of which have suffered a minor injuries. At least 15 others are still afraid of being caught in the well, a police officer said.