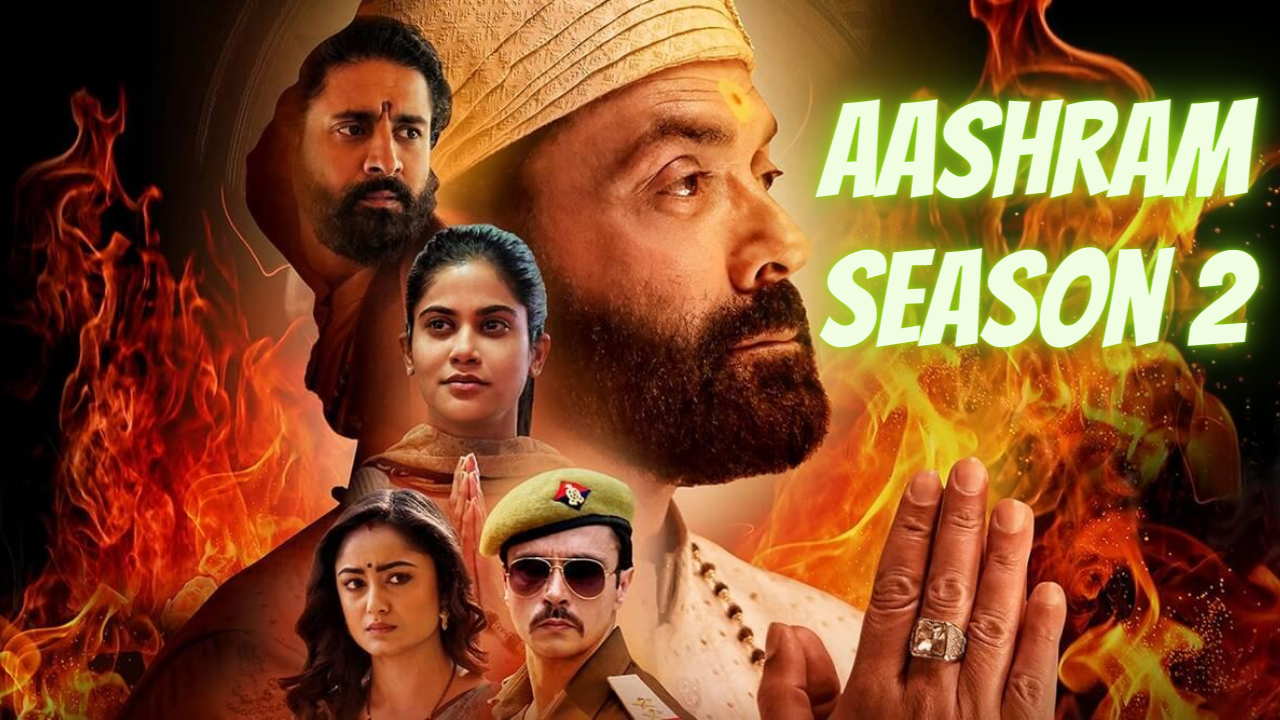 If you have gone through all the movies and shows, any online portals have to offers. And you are now trying to find something interesting with a bit of variety and versatility in the genre.

Then, I would like to suggest you with a new Indian web series, Aashram.

And to answer all of your questions such as. Why should you go for it and why you even bother or if you do, then from where you can access it?

You will surely get your answer to every question; all you have to do is stick with us till the end. And with total surety, I can tell you that; it will be worth your while.

This web series is the digital debut of one of the beloved Bollywood actor, Bobby Deol. Furthermore, this show’s director is the one and only, fabulous person: Prakash Jha. And you can say that he did explore the full potential of Bobby Deol throughout the show.

Moreover, the show’s story and direction are kept very subtle, and to the point, there is no beating around the bush.

In the show, Prakash Jha raises several genuine issues and subjects like blind faith, deceit, and mostly casteism. And how it is affecting and impacting every aspect of society.!!

Whatever the fact might be or the scenario they wanted to show, they have gone for it without fear.

Thus, making ‘Aashram’ a must-watch for anyone and everyone.

You can say the second season is around the corner.

Suppose you have already gone through the whole season, which is recently out on August 28, 2020. You might have seen the trailer for Part II of season 1.

That is to say, the trailer at the end makes it clear that season 2 is already renewed, the shooting is done, and most of it is already produced.

So, the question arises: why are they delaying the launch?

The only thing we can contemplate is that Prakash Jha wants to wait and see the audience’s reactions and fan theories about Part II of season one- wrapped in the comments.

Till now, no official date is set for the release of Part II of season 1, but it seems very likely to be out soon. Stay tuned with us, and we will provide you with the latest updates.

The plot of The Series:

The story revolves around a Baba (preacher) known as ‘Baba Nirala.’. Whose followers have blind faith in him and will do anything that he asks of them. But it is for sure that this Baba Nirwla is a conman, who makes sure that his devotees leave behind all kinds of ‘moh-maya’ and stays attached to the Aashram for life.

Meanwhile, Darshan Kumaar, the actor seen in ‘Mary Kom’ and ‘NH10’ before, is a cop in this series. Furthermore, he is adamant about unraveling the truth behind the skeletons and dead bodies recovered from the Asharam’s property. It seems to be a murder mystery.

Every episode unfolds a mystery that revolves around the Baba Nirala. Whether the cop will find evidence and prove anything is left for the Part II of ‘Aashram’ season 1, which they announced very subtly as the show ends.

The season 1 of web series: Aashram, is streaming on MX player, from August 28, 2020. And that too utterly free of any subscriptions.

“We are delighted with the way the series has panned out. At MX Player, we have a large audience base of over 200 million active users monthly. We need to make sure that the offering spans multiple genres and multiple narratives. Aashram is one of our boldest steps.”

And as we are concerned about Part II, it will also be launched on the MX player. It should be out soon, and don’t worry; we will let you know as soon as it is available.