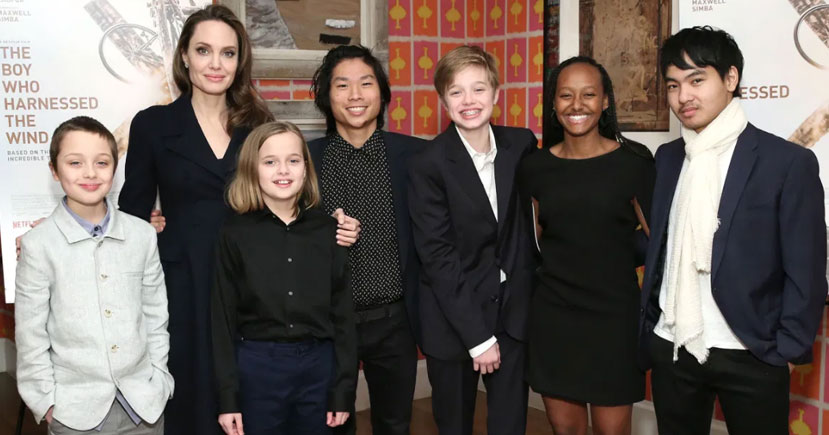 In an article written for Time magazine for International Women’s Day, Angeline Jolie unveiled that two of the six kids she shares with ex Brad Pitt recently had surgery.

The mother of six has given the last two months in and out of surgeries with her eldest child, and days ago watched her younger sister go under the knife for hip surgery.

The actress did not name what type of surgeries Zahara has undergone in recent months but said Shiloh and youngest sister Vivienne, 11, has been by her side during the trying time.

Her daughters know that she is writing this because she respects their privacy. They discussed it together and her daughters inspired her to write. Angeline Jolie also wrote that going through medical challenges and fighting to survive and heal, is something to be proud of.

The article titled “Why Girls Deserve Love and Respect on International Women’s Day,” despite the private nature of it.

Their brothers also encourage and support them

She continues that her sons also support their sisters and take care of them. “On this International Women’s Day, writing from the hospital, I find myself focusing on my daughters for a moment and all that I have learned from them and other young girls I have met around the world.”- Angeline Jolie

Angeline Jolie also gave a message to the girls

“And my message to girls is, fight on, little ladies. Your care for each other will be a large part of your way forward. Hold your nerve. Know your rights. And never let anyone tell you that you are not precious and special and, above all, equal.”