Vanraj shouts Anupama. Everyone looked shocked at her. Baa replied Anupama, then Vanraj says yes. Vanraj said to Baa that you want to know the reason right then she is the reason; look at her for once. Look at her and then look towards me, you will get your answer. The lady who doesn’t even have equal status to stand by me for 2 minutes, you people tied my entire life with her. From 25 years, this lady remains the same. There is no improvement in the face or the mind. She smells like masalas and always does wrong works and doesn’t even say sorry after mistake because she doesn’t know how to say sorry. She says surri in place of sorry.

Vanraj continued and said, look at her clothes. When jhilmil(helper) comes home, it isn’t easy to compare who is made and the owner.

Baa shouted over Vanraj and calls him Vanrajj..

Vanraj cuts her wording and says truth is bitter, and you need to listen to truth today. Tell me what she knows apart from cooking. Till today, I cannot share my office’s talk to her and not even any personal thoughts. I can’t take her outside because I know if I bring her outside and she opens her mouth, everybody will know where she came from. She can’t read the menu card of the restaurant. She can’t even read a name.

Vanraj continued and said she checks the price on the menu card and selects the least price dish. We all have a habit of making this type of crying ladies as Mahaan. I don’t want any bechari. Nobody wants a lady like her, but people are afraid of saying this.

Vanraj said to Baa, I wanted an educated woman and what I got is this masala box. And how I can spend my 25 years with her, only I know that. Everything grows in the entire world, even a fungus also grows, but this lady is still there for 25 years and always is there only. The distances came in between us in 25 years, due to which it is known to have happened.

Vanraj said I am also human, and I also have right over my happiness; that’s why I find that happiness outside. Everyone thinks my happiness is wrong, but what wrong happens to me is not seen by anybody. I become a good father, a good brother, even I did the marriage of my sister, educates my children, fulfill everyone’s need, nobody sees all this. But I thought about my happiness then I became wrong.

You may also read Anupama, 25th November 2020, Written Update: Rakhi tells everything to Shah’s family in an insulting way

Anupama’s home doesn’t have food for two times. I gave him all the luxuries. I tried to be a good husband, but she is not able to be a good wife. Then what can I do, Baa, will die of being suffocating?

Vanraj blames Anupama and walks towards her. Samar warns him to stop there. Vanraj started blaming Anupama for everything, i.e., he can’t take her outside because of her, he fell on his parent’s eyes. Because of you, my entire family is opposite me. 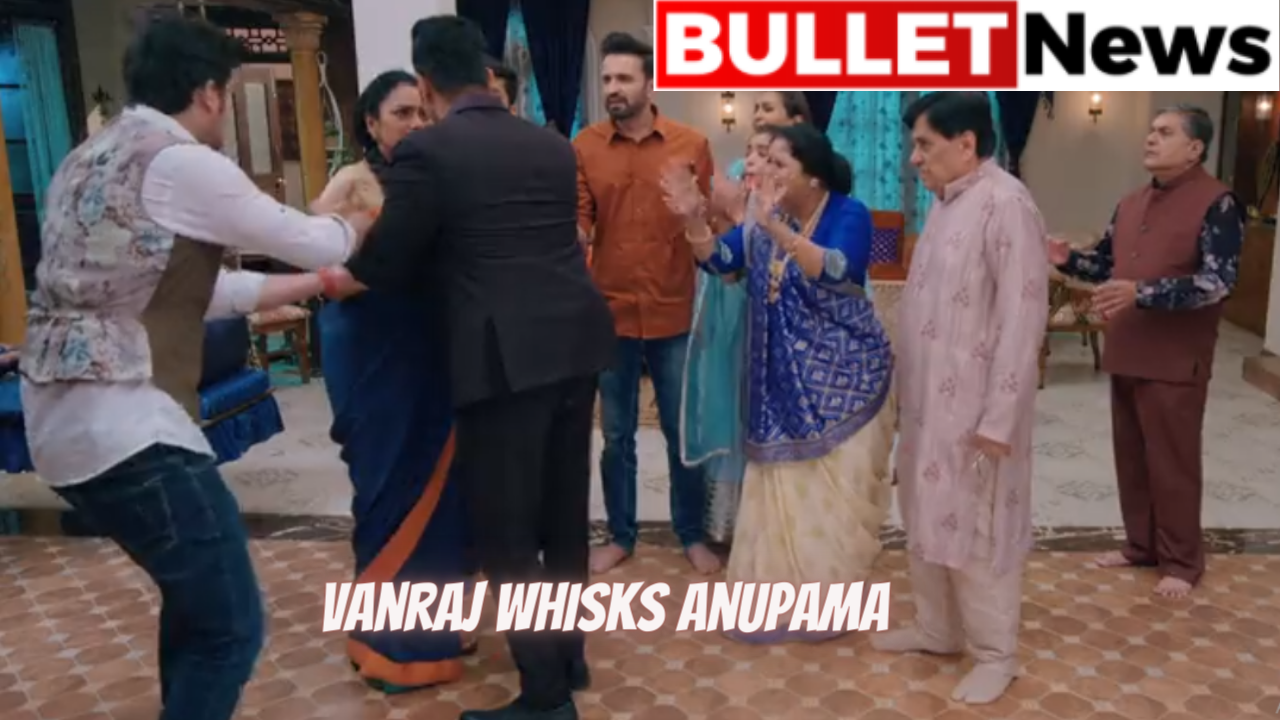 Vanraj holds Anupama tightly and shouts, blaming her. Everyone shouts at Vanraj and asks him to leave Anupama. Then, Bapuji came in between Vanraj and Anupama and pushed Vanraj away from Anupama.

Bapuji said to Vanraj; I never saw any man like you. You made a mistake and blaming my daughter. Even the person doo mistakes want an apology, but you are putting your side in front of us.

Bapuji’s condition worsens during saying that it better to be childless than to have a child-like you. Everyone tries to calm Bapuji. Meanwhile, Vanraj also came close to Bapuji, but he pushes him back again.

Anupama gave medicine to Bapuji to calm his condition. Anupama asked Bapuji if he is ok then he responded, yes, I am fine. Bapuji stares at Vanraj; Anupama interrupts and asks Bapuji to leave the topic here.

Vanraj said Bapuji and Bapuji responded to Leela to tell him to leave the place. I don’t want to see his face. Anupama tries to calm Bapuji. Meanwhile, Bapuji again shouts at Vanraj to listen to what I said.

Sanjay asks Vanraj to go to his room; otherwise, Bapuji’s condition will worsen. Vanraj leaves the place but saw Anupama in anger. Then Anupama said, stop all this Bapuji otherwise, I will call doctor bhai again. Bapuji asks Anupama whether she is ok or not. She replied if you are ok, then I am ok. Then Bapuji replied, if you are ok, so I am ok.

Vanraj talks to Kavya about everything:

In the next scene, Vanraj is seen talking on the phone with Kavya that all that happen, for which I am afraid. She did the entire family opposite to me. Sanjay and Samar were already against me, but now other members are also against me. She brings everyone towards her. By being a daughter, she brings Baa and Bapuji against him. Because of that woman, my Baa slaps me. Can you believe that? And Bapuji doesn’t even want to see my face. That lady ruined my life Kavya. She snatched my happiness before but now snatched my entire family too.

Kavya replied Vanraj to calm down else his BP will rise. Vanraj responded how I could relax when my entire family looks at me in such a wrong way. All these eyes have love and respect for me tomorrow, but now they saw me with hatred. Vanraj said he convinced Toshu by stories, but he is also on his mother’s side.

Vanraj said Paakhi, whom I love a lot, will not talk to me now, and not even I can face her. Kavya said I understand your pain, but sorry, I can’t do anything about this. But, Vanraj always remember one thing, whether anyone understands you or not? I will always understand you. Kavya says I always support you in every situation.

Vanraj shouts in anger, “I hate you Anupama.”

In the next scene, Anupama thinks Samar already knows everything but Toshu and Pakhi will indeed get hurt. They consider their father as a superhero. Anupama passes from the corridor and listens to Samar and toshu’s talk. Samar said to toshu that he already warns him about Mr. Shah’s fake stories.

Anupama opened the door of the child’s room and saw them talking. Meanwhile, Pakhi asks whether their parents will separate now. In court, they will ask us with whom we want to be. We need to live separate then, and our family got broken then. By listening to all this, Anupama entered the room and said that yes, we live together till now, but now it’s difficult to live together. He saddens me, I bore. But he makes cry my children’s and Baa Bapuji, so I will not tolerate this. I will forgive my murder also but can’t forgive my Baa Bapuji’s tears. I will not forgive my children’s pain.

Now, also we live together below the same roof, but we are not together. I don’t know what will happen in the future. But I know that this relationship is ended. Husband and wife’s relation can end, but the father and children’s relation can’t. I know whatever he did was completely wrong, but he did all that with me, not with all of you. If he is a bad husband, then on the other side, he is a perfect father. He can even die for you.

Anupama tells all the children’s that you all are significant and can see the world with their eyes. She will suggest seeing what he did with her and seeing what he is doing for you for so many years. 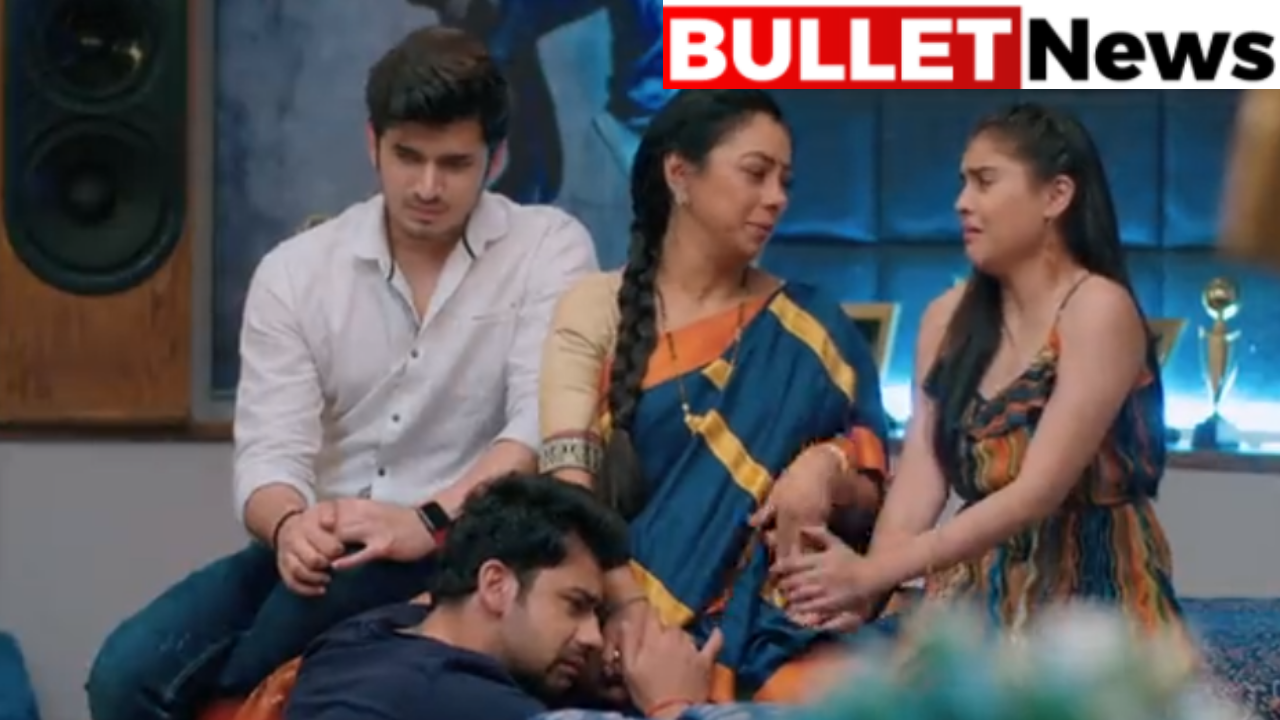 Baa and Bapuji had a conversation in their room. Bapuji said I never thought that my blood would let my tears out of the blood. He asked Leela what we left in our upbringing?

Anupama explains children about everything:

On the other side, Anupama tells Pakhi, Toshu, and Samar that she will never leave them and Baa Bapuji. Always remember one thing of your mother, “in life it’s important to be good than being great.” My children will build good relations along with follows them. Don’t you all think that marriage life is like that only? While you all must take a lesson from that in a relation, that can also happen. You all try not to happen in your relationship and have truth and respect in your relations.

Pakhi asked Anupama that everything will not back to normal. Anupama replied, I don’t know beta what will happen? Just know that all will be ok for sure. But whatever happens, your father and I will always with you all as parents. Maybe we will not be husband and wife anymore but always be your parents.

Sanjay brings milk and biscuit for everyone. Ungli pakad ke song plays in the background. Anupama let all the children eat fruit, chips, and milk. While on the other side, Vanraj saw Baa and Bapuji crying and became sad. Anupama makes her children sleep and turned off the lights, and starts crying hard. 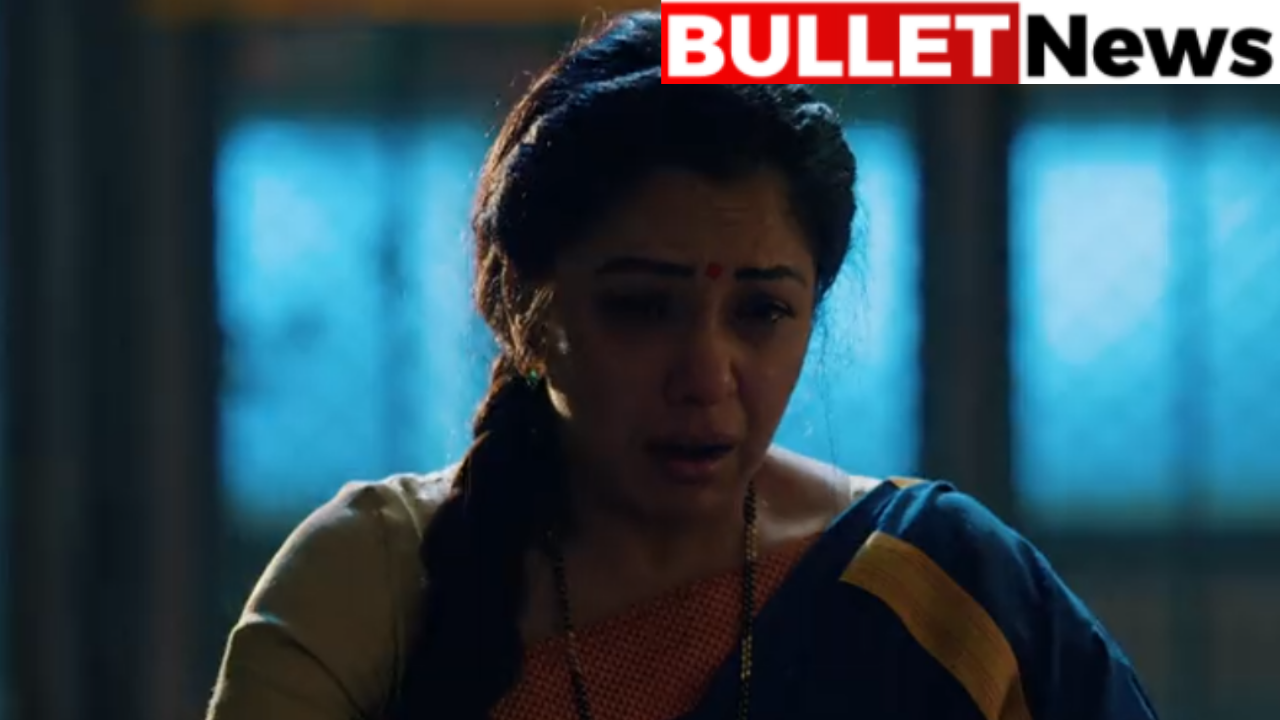 Anupama went to the living room and sat on the swing. Meanwhile, Dolly came, and after seeing her, Anupama says to Dolly, say whatever you want to say, Dolly, because now I never feel sad about anything.

Dolly said I know Bhabhi, all that happens is wrong. Bhai did wrong with you, but please don’t leave him alone.

Precap: Bapuji said, I always say that life’s big decisions are not to take in anger. That’s why last night I didn’t tell everyone about my decision. Last night, after thinking the entire night very much, I decided that Vanraj will not live at my house.