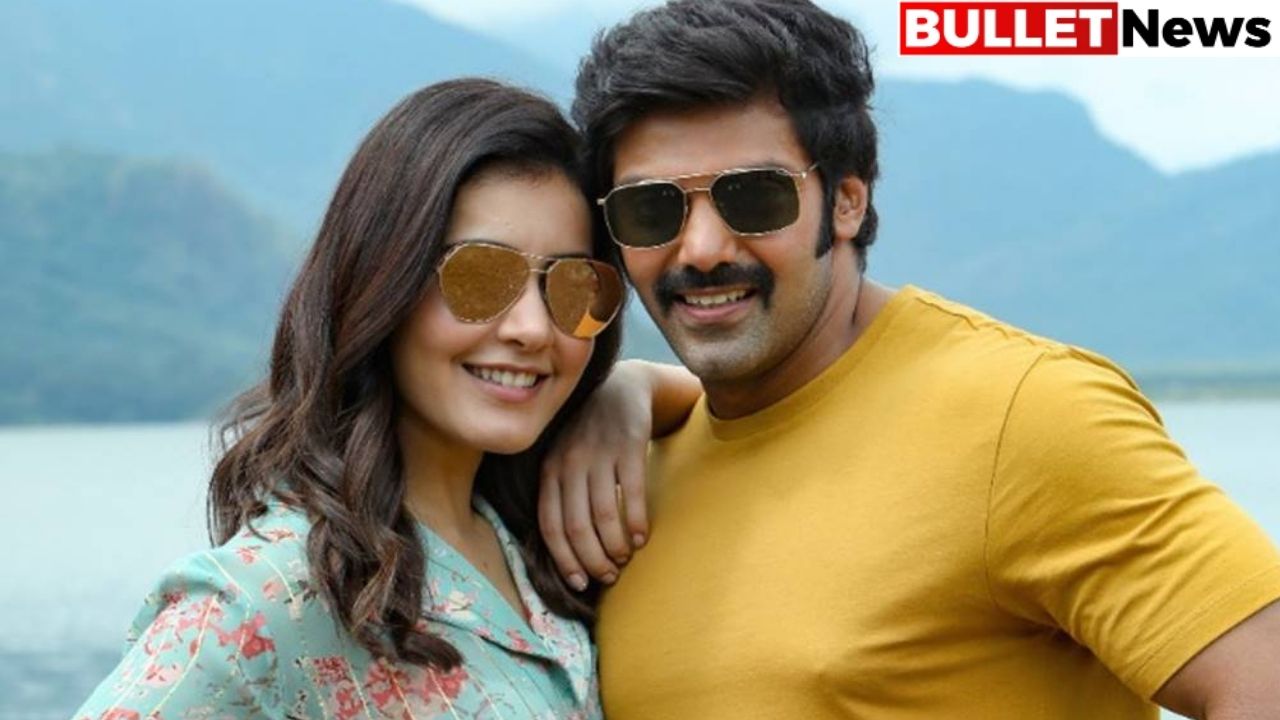 At one point in Aranmanai 3 Sundar C, two cracked grey hands hold the hands of Abhishek (Yogi Babu) and Sigamani (Vivekh). Abhishek and Sigamani know that ghosts inhabit the house they are currently in. Even so, they chose to hold hands in the spirit of playing The Ring of Roses.

One of them sings “The Ring of Moses” incorrectly. He corrected another sign: “Come on, adhu”, Musa “illa”, “Rosen” (not “Moses”, but “Rosen”). The man sitting next to me barely laughed and hit his really thigh. I looked at him carefully with a bit of an envy. I wish I had some of that joy in the film.

Horror comedy as a genre is just as outlandish as it borrows Vimal’s replica from Kalakalappu:

A combination of Saqqara Pongal and Vada Curry. If the film uses horror elements as the props to make you laugh, that’s okay. The Scary Movie Series, for example, does this. But a film that tries to scare its audience and make them laugh has finally walked the tightrope. And most Tamil films fail to do this balancing act.
Likewise with Aranmanai 3.

A vengeful ghost uses its telekinetic powers to kill Giotti (Rashi Hannah), the main character. In others, she is mistaken for Abhishek and Sigamani. Then how can we be afraid?

The film tries to provoke terror with elements of hacker horror (eyes moving in portraits, intoxicating silence interrupted by the bloody screams of demonic figures, children interacting with unseen creatures, etc.). It’s separate from the plot.

Even this set isn’t fun (my neighbour slapping his hip might disagree). Glad to see Viveh back on screen. His meeting with Yogi Babu and Manobal made him laugh halfheartedly. But it’s also because of the performances of the actors, manners and presentation of the dialogue.

The statement and the situation are superficial. Yogi Babu usually calls his comedian assistant somewhat-munji (in this film, he calls fellow thief Manobala “bali-munji” (lizard face)). There is Nalini who makes Tik Tok videos (it has to be funny). Viveh plays a tragic girl who, despite being married for 15 years, does not have sex with his wife.

There is also a subplot from Saravanan (Aria), which Giotti likes.

Saravanan is an electrician and Joti’s childhood friend. Apart from these details, we know nothing about him. Arya only plays one cameo in the film in this sense. It comes and goes at random points. He is at the mere centre of the supernatural drama that does unfolds in the second act.

But we don’t even know why he, the palace electrician, was involved in the first place. As the film moves from character to character, a person is challenging to take care of.

After all these detours, the film finally begins to tell a ghost story in its second act. But this is nothing new: the rich and ruthless Zamindar kills his wife and newborn baby, his wife and newborn daughter become a murderous, intimidating, and deceiving ghost with a comedic maid.

There’s also a lot of black magic, lousy VFX, clear background music, and (of course) a climax with Amman in the second half. Thankfully, none of the post-credits photos (like a hand coming out of the grave) promises a sequel. But you never know. It’s quite scary.