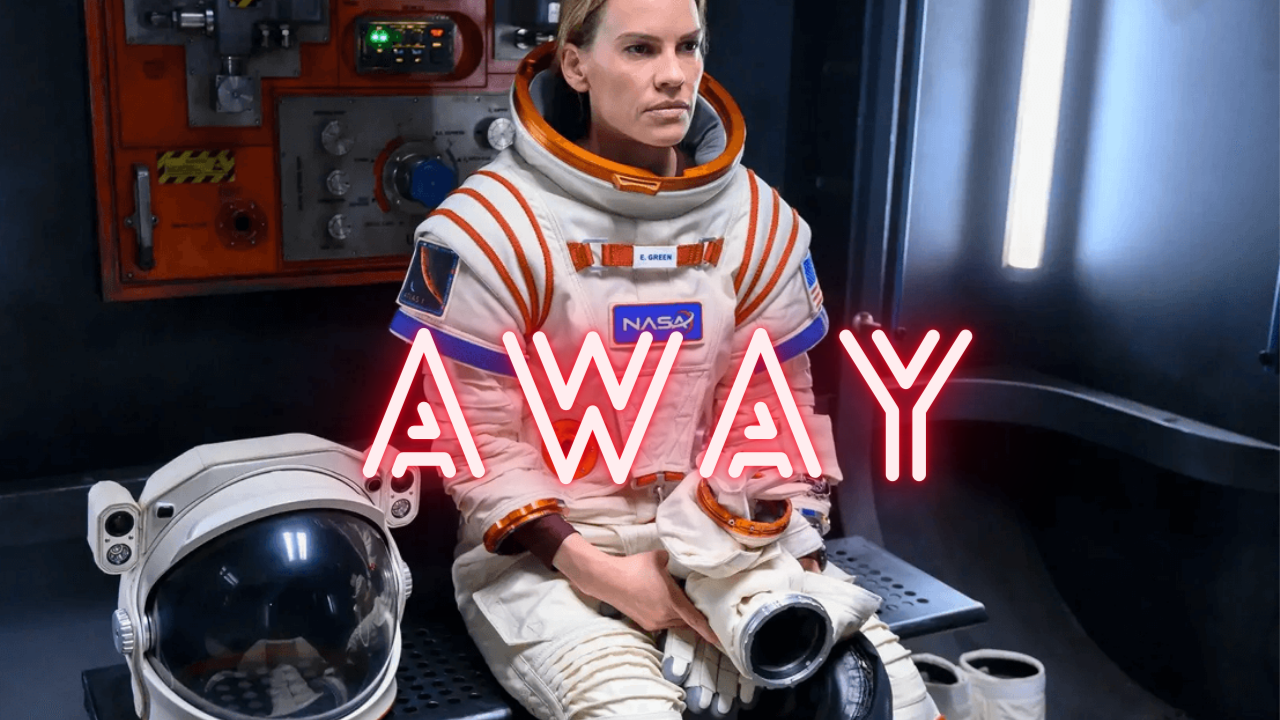 The new Netflix series keeps coming in, and this time it’s here with a banger. In short, a new exciting drama featuring science fiction is on its way. Starring Hillary Swank, an Oscar-winning actress, Away will be Netflix’s second Sci-Fi original series after the much famed “I am mother.”.

The thrilling and emotional Sci-Fi drama is about an American astronaut, Emma green, played by Swank. Who must leave for space to execute and embark upon a three-year-long treacherous international space mission? The twist comes when Emma leaves her husband and teenage daughter behind when they need her the most.

This article will discuss anything and everything there is to know from the release date to the cast, plot, and trailer details of the series. So could you stick with us to know more?

It has been announced that Away will be premiering on Netflix on the 4th of September 2020. This means that there is still little time left before we can start enjoying the series.

The first season will come out with 10 episodes that have been confirmed. Their runtime will be roughly 45 minutes to 60 minutes. Furthermore, the name of the individual episodes and their writers have been given below:

Firstly, according to the reliable source, ‘Netflix.’ the show’s primary cast is:

Mat logan has to face a challenging quest to monitor the mission from home and raise Emma and his teenage daughter.

Secondly, all the actors playing the international crew who will be traveling with Emma are:

All these characters have very complex personalities with a lot of issues. Melissa Ramirez, played by Monique Curnen, is also an important character. Who is a former astronaut and official liaison of Emma on earth. Melissa also gets close to Emma’s family in her absence.

Based on an appealing storyline, the Sci-Fi thriller ‘Away‘ portrays an American astronaut, Emma green (starring Hilary swank), leading an international space crew to leave for their first mission to Mars. However, this decision comes with a negative impact in her personal life as she must leave her husband and a teenage daughter behind in a situation where they need her the most. She must reconcile her decision and also her relationships.

The plot becomes intensely compelling and exciting, once the crew leaves for space. Their individual dynamics and the effects of being “Away” from the ones they love complicate the situation. Further, Away revolves around the idea that sometimes in order, for us to attain the stars, we need to leave our home behind.

One of the most enticing trailers of Away grapples you in a topsy turvy ride of an astronaut dangling between her ambitious space mission and balancing her family life and relations. This mixed with other crew members and their complicated lives put together in an international space mission to Mars. The trailer induces excitement and thrill at the same time.

Away is one of the most awaited Netflix originals for streaming on Netflix from the 4th of September 2020.