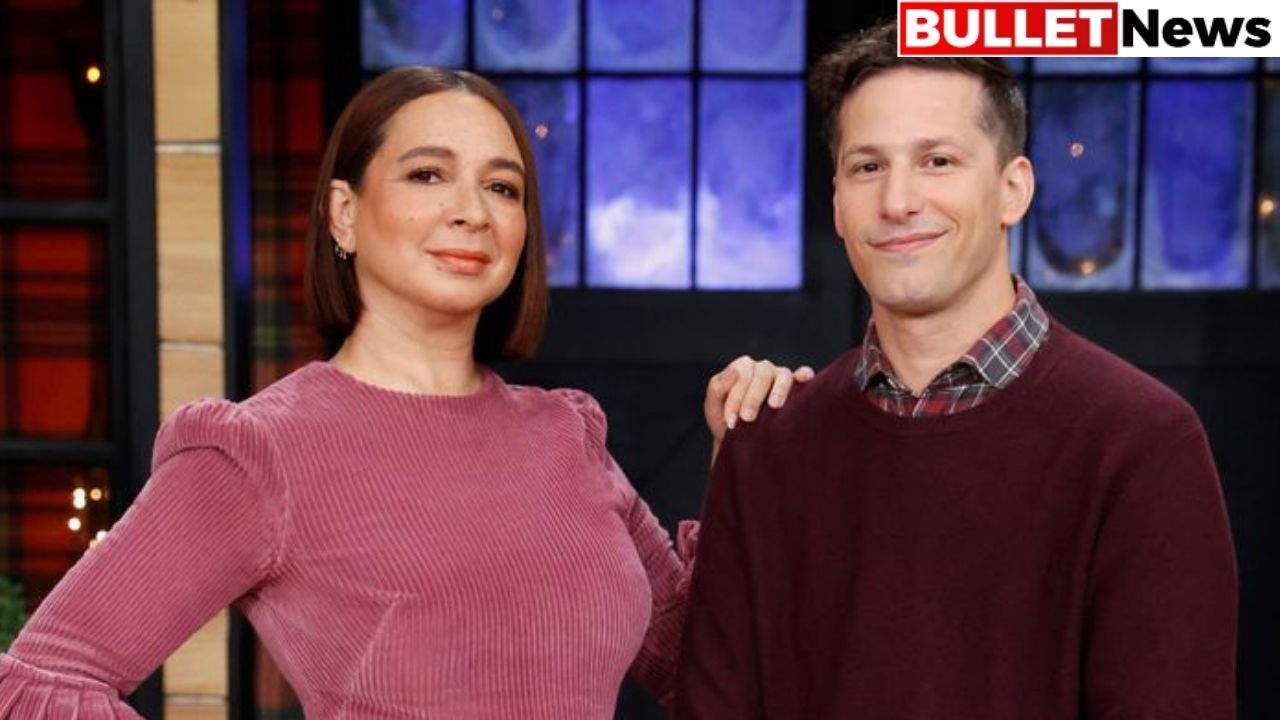 Amy Poller and Nick Oferman started their Making It competition three years ago. The excellent combination of the design competition and fun interactions between fellow Parks and Rec makes this show a quiet hit.

Now Poehler has made a spinoff of the show, and this time it’s bringing a lively grilling competition to its barn. And this time, he pulled in his SNL friends Maya Rudolph and Andy Samberg to host the show.

We enlarge the snowball.

In her entirety from Making It, Amy Poller thanks her friend Maya Rudolph. For sitting in the barn during the holidays. Andy Samberg joined them. Then they insisted on appearing there and singing “Baking It” on the tune of Making It.

In case you haven’t noticed, Baking It is a spinoff of the festive cake making Making It, a craft competition that Pöhler co-organizes with Nick Oferman. Rudolph and Samberg were there to move things around and cause lots of crazy laughs. But all the hard work is already being done by eight pairs of candidates vying for the $50,000 prize.

You may also read Marvel’s “Hit-Monkey Review”: Where Snow Monkeys Turn Into Killers with the Help of Dead Killers

Who are the judges? Four suspicious grandmothers: Nana Harriet, Granny Ann, Gigi Sherry and Bubi Norma. They talk a lot, are confident, and love their grandchildren. And they are all experienced bakers.

The Pie In The Sky challenge requires participants to bake a cake where the outside part reflects one team member’s personality, and the inside says something about the other. We saw the results as varied as cakes that looked like striped popcorn cups next to a beautiful rose with gulab jamun inside.

That comedic atmosphere sets Baking It apart from TGBBS. It’s weird how a circle closes here with its format because It adapted its format to crafting and now returns it to bake. But without the presence of Rudolf. And Samberg and the confident grannies, the show would not go on at all.

What experience did Rudolf and Samberg have with grilling?

We don’t know. As far as we know, both are experts. But they’re there to be funny, and the interstitial where the two argue with each other is often the funniest part of the episode. We must have laughed at Samberg’s description of Hanukkah: “We meet every seven times a year to complain and drink wine.” When Rudolf said it sounded funny, Samberg said a line that was one of the funniest things ever. He said, “Yes … yes no.”

They have good relations with competitors and do a great job easing tension as they go to each station to talk to each team. Could there be less bullshit and more insight into the success or failure of competitors with their creations? Naturally, but it could also be that most teams run to generate no real drama.

For the eliminated team, it’s a matter of taste for the performance. A little surprised who won. If you want a fun and family-friendly baking event, then Baking It is the perfect choice for your vacation. Rudolph and Samberg are here on their A-Game, but a confident granny is the show’s secret weapon.