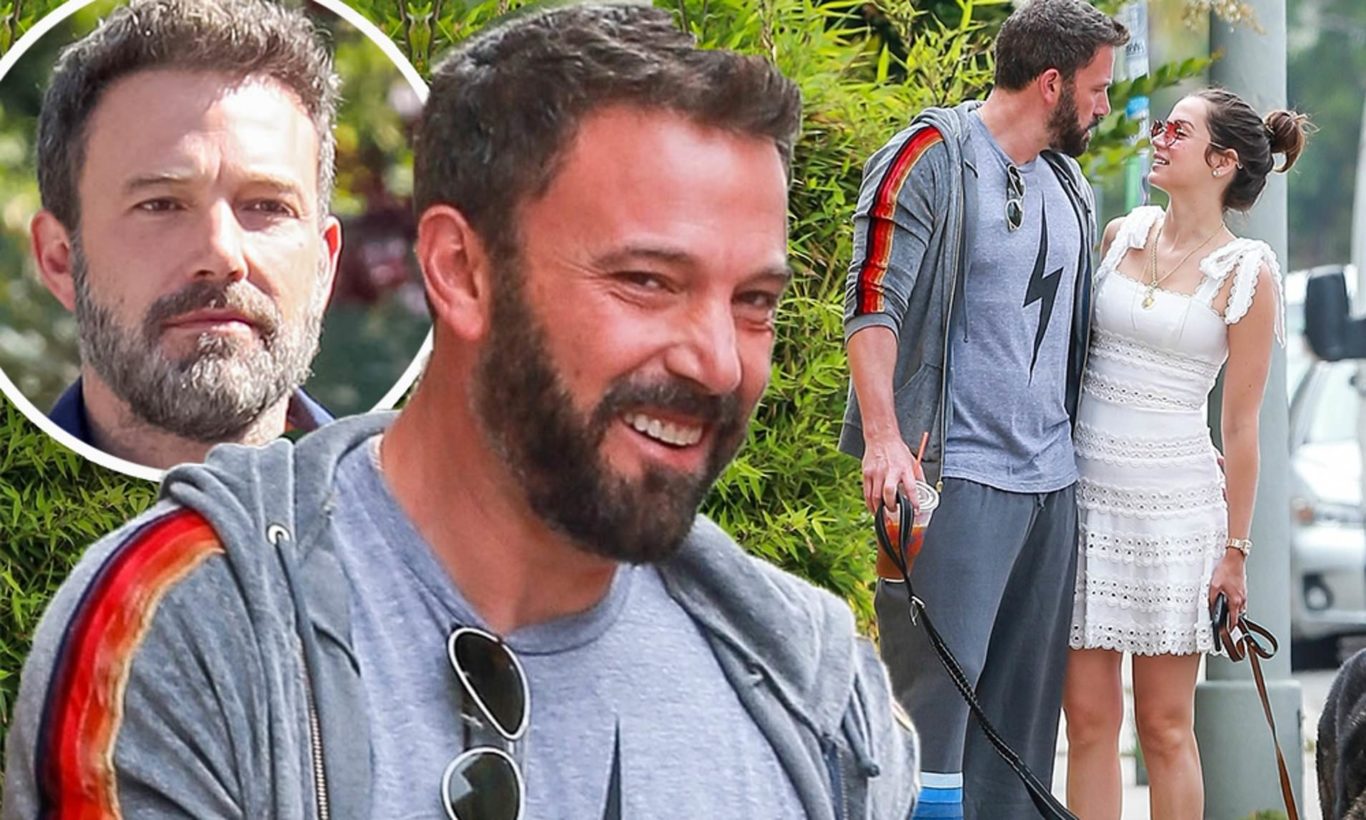 Ben Affleck showing off a gray-tinted beard last week. On Monday the Hollywood veteran looked to have much darker facial hair. As he went for a walk around his Pacific Palisades, California neighborhood with his girlfriend Ana de Armas. Who will be in the next James Bond movie No Time To Die…The two looked very smitten with each other as they walked side by side then stopped to stare into each other’s eyes. 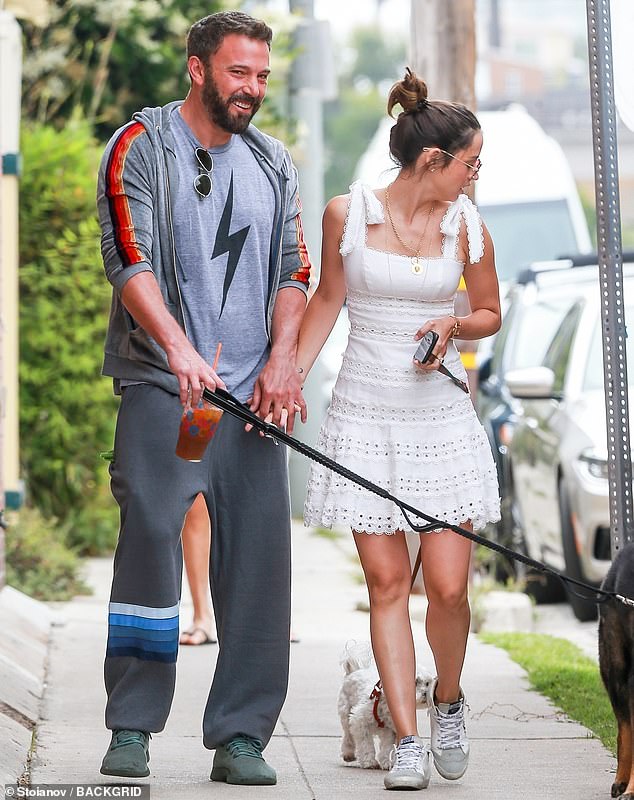 The Gone Girl actor looked casual for the outing, wearing a grey tee with a black lightning bold emblem. He teamed it with green sneakers, grey sweats and a grey zip-up hoodie with red strips down his sleeves. Though Los Angeles requires face masks anytime in public amid the coronavirus pandemic. The couple went without the face coverings. Keeping his hands full. He held a large Dunkin Donuts coffee and his dog’s leash in one hand, and Ana’s hand in the other.

Ben left his face clear, with his silver frame sunglasses hanging on his collar, as he held Ana close. The Knives Out actress looked chic in a white summer dress, that features tie shoulder straps. She teamed it with white sneakers and pink lenses sunglasses. As she kept her brown hair up in an easy bun. The two recently took their relationship to the next level, as they have seen in public for the first time with his kids. Violet, Seraphina, and Samuel, who he shares with ex- Jennifer Garner. 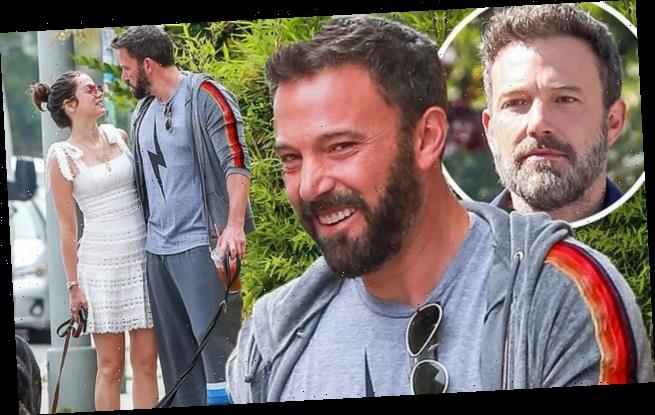 The sighting of the group family came after a source claiming that Jennifer is Happy he is dating again. They added, ” Although it’s sad in a way to see him move on and be so happy, she is ultimately happy that he is happy and in a good and healthy place with his life. That’s what she ultimately wants for the father of her kids”. The Hollywood stars have subsequently worked hard to maintain a good relationship with each other for the sake of their children.