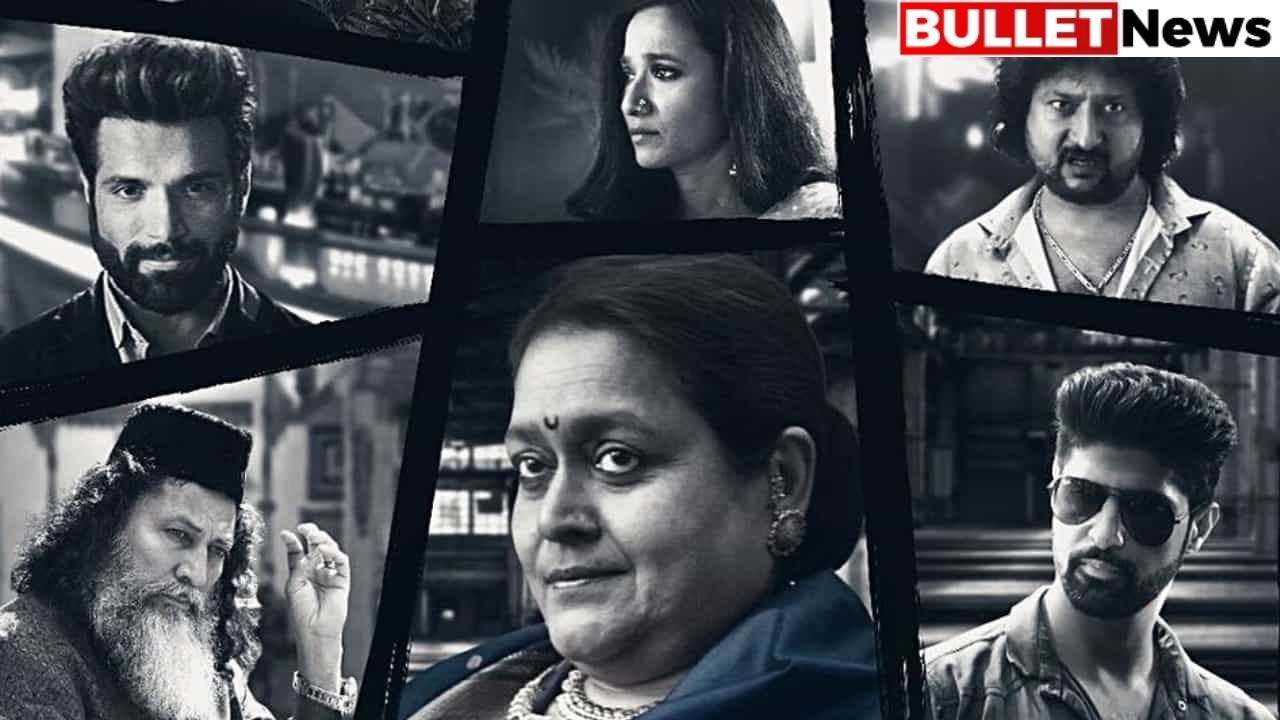 The cartel is located in Mumbai and revolves around the gangsters:

Who rule the city with their underworld businesses. Mumbai is not been hit by gang violence. For the past 15 years because of the understanding.

That Rani Maai (Supriya Pathak) is talking to other gang leaders. Anna (Kannan Arunachalam), Gajraj (Shubhrajyoti West), Chairman (Ashwath Bhatt) and Khan (Anil George). Their illegal business is separated from the designated area on the condition. “No one will interfere with anyone else’s business”.

Rani Maai herself is a strong woman. He leans heavily on the shoulders of his two nephews Madhukar Mhatre. He was also known as Madhu Bau (Jitendra Joshi) and Arjun Mhatre. Also known as Major Bhau (Tanuj Virvani), he treats like his son and his blood, Abhai Angre (Ritvik Dhanjani). When Rani Maai is shot dead in her warehouse and lies in a coma. It’s up to her three sons to take on the case for revenge. While keeping their business running in the face of other crime masters. This seems to be the start of a massive gang war.

Ekta Kapoor’s concept and Prashant Bhagia’s fresh and solid direction captivated audiences everywhere. The first episode took a long time to show all the characters and create the same premise. However, later episodes speed things up and add to the hype. By revealing how these crime bosses carry out their illegal operations. And how political, legal and corporate organizations are connected to the underworld.

All characters are created so that viewers can relate to each character and the reasons for their behaviour.

The story is written by Sambit Mishra and Monish K Talpade. This fictional series moves fast. Almost every episode starts with a murder. And the story behind it is revealed later in the show, which is quite interesting. Dialects from the “bhai log” dialect as well as single-line ones are available. The background music by Bharatt-Saurabh is always catchy and sets the overall tone of the series. Finally, unexpected twists and climactic battles become an exciting spectacle.

Even though the premise of “Cartel” is similar to other dramatic war dramas such as “Mama Bai”, “Satya”, and others, the characters in the web series are different. Tanuj Virvani overshadowed everyone with her image of Major Bhau, the only logical, calm, orderly and quiet man. Jitendra Joshi presents a convincing performance as the impatient and disgusting Madhu Bhau, who acts first and thinks later. He adds an element of humour to the show by offering hearty laughs. Jiri Dub is as impressive as Madhu’s caring and loving wife, Rama.

Ritvik Dhanjani’s rainbow of characters is enchanting and shines through the various emotions that his character displays. Other characters such as Samir Soni as Nevel Dorabji, his nephew, and Abhay’s lover Maya (played by Monica Dogra) play critical roles in turning the story upside down. Princess Angre, Pranati Rai Prakash (as Sumi) and Aditi Vasudev (as Shveta) have no softer roles. On the contrary, Dhaval (played by Amey Wagh) is quite influential as Shweta’s life partner.

He leaves the audience wanting more from him when he returns at the end of episode 10 (which is pretty late) and says, “Angre Rote nahi, rulate hain”. Four other gang leaders, Kanan Arunachalam as Anna, Shubrajioti Barat as Gajraj, Asuat Bat as chairman, and Anil George as Khan, performed solidly.

In short, if gang warfare is your thing, this “cartel” will host many killings, massacres and shootings. Each episode, especially the unexpected climax, will pique your curiosity and desire for more as you show the following season.