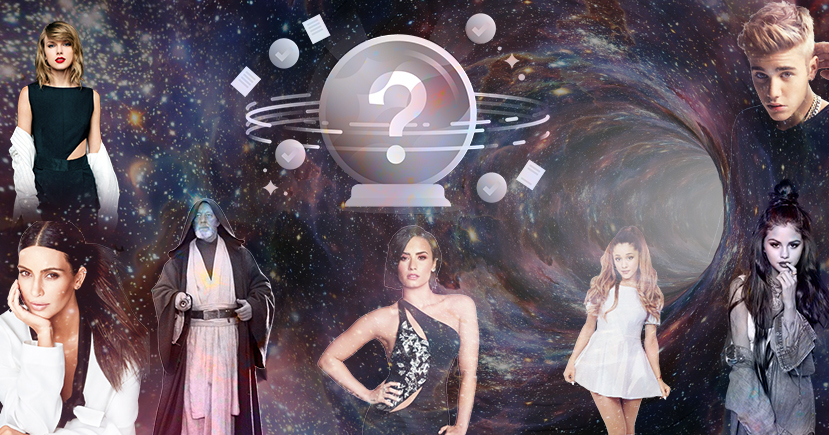 She was born to be famous and she was confident about it from her childhood. At the age of 13, she made a statement looking into the camera “remember me when I’m famous”.

In an interview in 2008, Beiber says “I see myself doing more, like, R&B, sort of like Usher or Justin [Timberlake] like an old Michael Jackson”. Now we can see him famous like his idols.

"What kind of career would you like to have?" pic.twitter.com/wVGCJp3IRU

Guinness gave an interview in 1977 on the BBC’s Parkinson Talk Show. He says that James Dean invited him to the restaurant on September 23, 1955. But before they went inside, Dean shows his new car. Deam admits that he has not driven the car himself. To this Guinness, replies, “Some strange thing came over me. … I said … ‘Please do not get into that car, because if you do … by 10 p.m. next Thursday, you’ll be dead’.”

Next Thursday, on September 30, James Dean got into an accident and died.

She predicts the future two times for her. One was when she makes a wish to sing the national anthem at the Super Bowl.

And she finally sings the National Anthem.

The second one was when she makes the statement for her nomination for the Grammy. She’s been nominated twice after the tweet.

I WILL get a Grammy nomination one day. No more fuckin around. Let's GO!!!!!

One fan of Larson praises her for her work in the movie Room and says that she should start thinking for Oscars for the amazing work. And she grabs the award in 2016 for her role in the same movie.

Wow, the new trailer for @RoomTheMovie is amazing. @brielarson, do you know what you're wearing to the Oscars ?

She tweets in 2012 for the amazing work she had with a magazine, seventeen. She further hopes to be on the cover of that magazine one day. This happens in 2016 when she was on the cover page of the famous magazine.

She tweets about how obsessed she is with Wicked. She expresses her feelings many times during 2010 and 2011. And then she sings ‘The Wizard and I’ alongside stars Idina Menzel and Kristin Chenoweth.

Taylor Swift shares a pic on her twitter handle of an interview she gave 13 years ago with a pic from her Reputation tour.

I said in an interview 13 years ago "I'm just hoping that I have a second album that does as well as the first & someday get to be a headliner, & always be the same person that I started out as.” Scrolling through your posts has me feeling all the feelings & I want to thank you. pic.twitter.com/nlnjqQgmIL