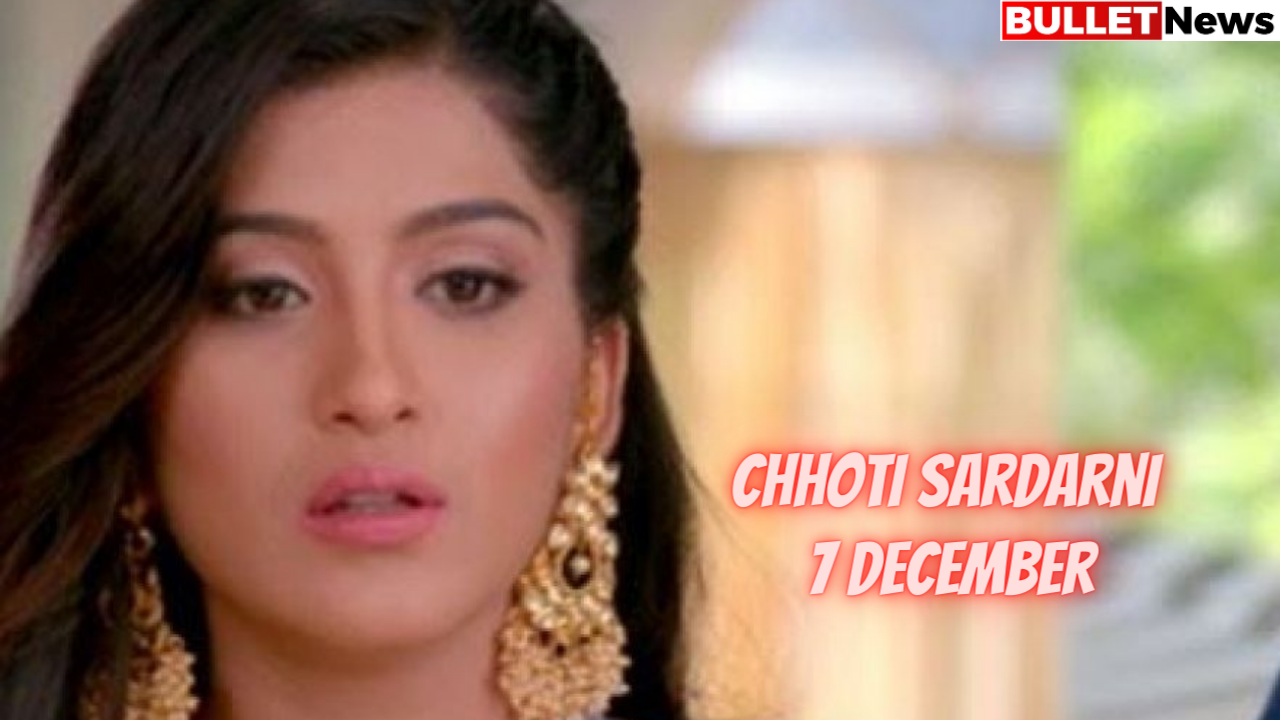 Today’s episode started on a very suspenseful note as we saw Aditi entering one of her hospital cabins without revealing what was going on inside her mind. Unaware of Aditi’s real emotions, Sarabjeet went to Aditi and was about to tell her Meher and Manav’s truth when he got a shock instead.

Aditi burst out her anger and grief on Sarabjeet and Harleen and blamed them for hiding Meher’s truth all this time. She even terms Sarabjeet as “Mr Sarabjeet Singh Gill” in a taunting way to make him realize that the man standing in front of her is not her brother but Meher’s husband.

“I always told everyone that my brother was the best brother who could do anything for her sister, but I was wrong,” cried Aditi while expressing her grief over the betrayal.

She even lashes out her anger on Harleen and blames her for hiding the truth as well. Aditi badly curses Meher for destroying her life and even throws a glass on the floor when Harleen and Sarabjeet try to calm her down.

In the midst of the scene, Aditi enters into a flashback in which the person who leaks out the secret to Aditi is revealed. Aditi received a message on her phone before she met Sarabjeet and Harleen that showcased the report confirming Vikram (Manav) as Karan’s biological father. The report shatters Aditi’s world in a second and breaks her heart immensely.

Back in the present scene, a doctor suddenly entered and asked Aditi if she was ready to conduct the operation. She controlled her emotions and left the cabin to complete her task.

Meanwhile, Meher called Sarabjeet and asked him to be with Aditi when he tells her the truth. But, he informed Meher that Aditi already knew the truth and someone from outside revealed to her the secret before them. After listening to the unexpected news, Meher started to weep and blamed herself for Aditi’s condition.

“I am sorry. It is all my fault. I am responsible for Aditi’s state,” cried Meher.

Sarbjeet consoled her and said, “Meher get this thing straight. Don’t ever blame yourself for all that is happening with us.”

After disconnecting the call, somebody called out Meher’s name, and Meher got surprised after seeing her identical self standing before her.

The imaginary Meher asked her what will she do next, to which Meher replied that she has no idea. The imaginary person termed her “shameless” and told her that she was the one who had destroyed everyone’s life. Meher denied all the allegations and defended herself. But her imaginary self overpowered Meher and blamed her further, “Don’t you think you should get out of Gill family’s lives. You are the one responsible for everything today. Sarabjeet and Harleen are already in trauma and on top of that you have made Aditi’s life ‘living hell’. You should leave all of them. Till the time you will be with them their sufferings will increase. Today Param is being targeted and tomorrow Karan will also be targeted. Do you want Sarabjeet to live with false allegations?”

Meher defended herself and said that she wouldn’t leave Sarab as she knew he wouldn’t live happily without her. The imaginary person laughed at her and cleared her misconception by saying that the moment she would leave the family, all would be happy.

On the other hand, Aditi was getting flashbacks of a few harsh words said by her husband Manav and her brother Sarab. The words echoed in her mind like a tape recorder that disturbed her badly during the operation. Seeking advantage of Aditi’s distraction, an employee of her office inserted a metal object inside the patient’s body secretly and framed Aditi.

After some time, Meher entered the hospital but was stopped by Harleen.

“Aditi is already mad at you. Why are you here? Everything is already in a mess, do you want to add more to it?” shouted Harleen.

Meher requested her to let her meet Aditi once and explain the situation.

Suddenly, a hospital employee informed all of them that Aditi had already left the hospital as she had been suspended. The sudden news created turned everyone’s world upside down. On being asked about the details, the employee narrated the entire incident of how Aditi got suspended by the head for her carelessness as she left the metal object inside the patient’s body that could have killed him. Even after several requests, the head of the hospital did not care to change his decision.

Meher told everyone to go home and stop Aditi as she was scared she might do something wrong with herself as she did earlier.

Meanwhile, Aditi reached Meher home, with her eyes full of anger. She yelled out Meher’s name. After some time, she heard the car’s noise and knew her family members were about to come in. She hid. Sarabjeet, Meher, and Harleen rushed inside looking for Aditi, but the moment Meher entered, Aditi pulled her and placed a blade on her neck. She cursed her badly for destroying her life.

The episode ended on a very dramatic note and raised several questions in the minds of the viewers. Will Aditi kill Meher in the flame of vengeance, or will she give her family a chance to explain themselves and convince her to forgive Meher? Watch tonight’s episode to seek your answers.