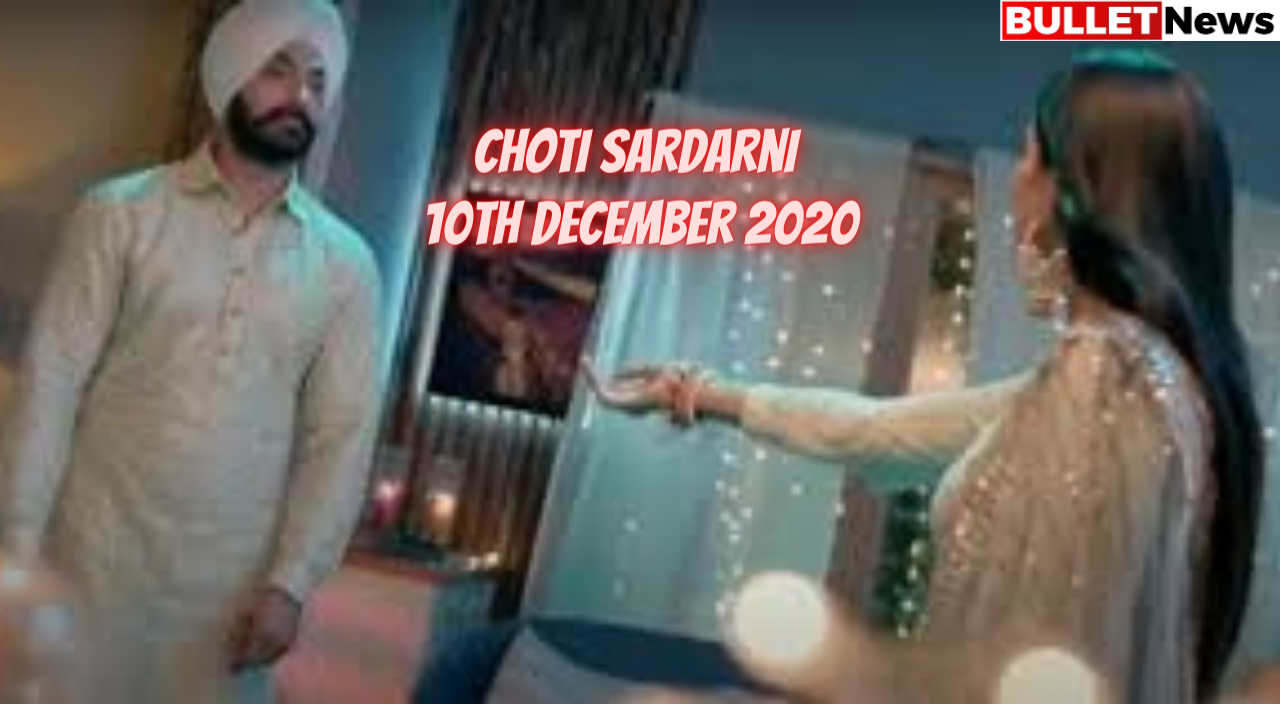 From a cheerful and mature person to a narrow-minded and evil person, Aditi’s sudden switch of personality astonished all the viewers after she demanded Karan’s custody for the sake of her husband, Vicky. The switch was entirely predictable from the trailer and the situation she was dealing with. Still, such a huge demand was unexpected not only by the Gill family but also the audience.

In yesterday’s episode, Aditi portrayed her real intention by demanding Karan’s custody and revealing a secret that none of the Gill family members were aware of.

“I and Vicky will give Karan lots of love. We will bestow happiness in his life. This is my only condition,” demanded Aditi.

Unaware of Aditi’s way of demanding, Harleen requested Sarabjeet to think before taking any decision. She advised him to think about their family and said that their family’s happiness and unity depended on his ‘solo’ decision.

“Your decision can unite the entire Gill family again and can change everything in the Gill mansion,” advised Harleen.
Even after listening to Harleen’s advice, Sarabjeet was firm with his decision of not giving Karan’s custody to Manav and Aditi.

Shocked by Aditi’s demand, Sarab said, “I never thought that you would speak your husband’s language.

How can you even think of asking for Karan’s custody? How can I give my life (Karan) to you? I will give anything you want except Karan. I will never accept your demand.”

After Sarabjeet refused to agree to her terms, Aditi threatened to take some other step. Sarab thought that she would go to court and appeal for Karan’s custody and hence stood still. He boldly said that no matter what Aditi would do, he would never give her Karan.

Aditi clarified the doubt in Sarab’s mind and said that she wouldn’t go to court for Karan but for her right.
Her statement puzzled all the family members, including Manav.

Aditi revealed that she was the eldest in the entire family as her mother was the first wife of their father, and Sarab and Harleen’s mother was his second wife.

Showcasing the dates on the photo frames, Aditi said, “See the dates of marriage here. Dad married your mother on 4th October, 1981 while he married my mother on 21st March, 1980. That means there is a difference of 1 year, 5 months and 10 days.”

After revealing a bitter truth, Aditi added salt to the wounded Gill family after she said that she is the real proprietor of her father’s property according to the law as second marriage is considered illegal if a person is already married.

“According to Hindu Marriage Act, a person cannot marry another woman if he is already married. If he does, it is considered illegal. According to law, there is no importance of such second marriage. And based on these facts, I am not the illegitimate daughter of my father but both of you are. Since, your mother’s marriage with my father was illegal, this entire property is mine,” stated Aditi.

Even after yelling out harsh reality, Aditi continued to threaten them and said she would throw them out of the house if they didn’t grant her Karan’s custody.

Angry over Aditi’s heartless behavior, Harleen slapped her and warned her.

Harleen said, “How dare you threaten to throw us out of our house?”

Aditi also looked at Harleen with anger and was firm with her deal to either hand over Karan to them or leave the house. Manav, too, was not happy with Aditi’s behavior and stopped Aditi from being so stone-hearted. She said she wouldn’t act like this if they hand over Karan.

With tears in her eyes, Meher said, “Under any circumstances, I will never hand over Karan to both of you.”
Harleen also supported Meher and added that they would not leave the house. She even called the security guards to throw Aditi and Manav out of their house.

Sarajeet’s brotherly love didn’t vanish even after Aditi’s unacceptable behavior towards him. He stopped Harleen from being too harsh towards their younger sister. Instead, he agreed with what Aditi said about her right in the house.

“Aditi has more right in this house . Before us, this house, this property belongs to Guddi,” Sarab said.

Harleen got angry and told him not to get emotional. She said that a photo couldn’t prove her right.

Harleen added that even if what Aditi said was true won’t change anything as this house belonged to them. She said that they have spent their entire childhood in that house and were raised in the mansion.

Sarab cried and said, “Mothers are mothers and children are children. But we never differentiated between legitimate and illegitimate. But I am happy at least you spoke your heart out. This property is nothing. For Karan’s sake I can sacrifice my life and my existence. Today, I am happy that Karan is not with you and Manav otherwise in future you would have differentiated between your blood kid and Karan.”

Sarabjeet tried to hide his pain in the tears that refused to leave his eyes and portray his real emotions. He agreed to leave the house with his entire family and handed over the entire property to Aditi. Harleen tried to stop Sarabjeet from taking an immature step and consider Param and Karan. She also requested Meher to get Sarab back in his senses, but Meher stood speechless and weeping.

Will Sarabjeet give a second thought to his decision and hand over Karan’s custody to Aditi and Manav, or will he leave the house? Will Aditi realize her mistake and take back her demand? Watch today’s episode to seek your answers.