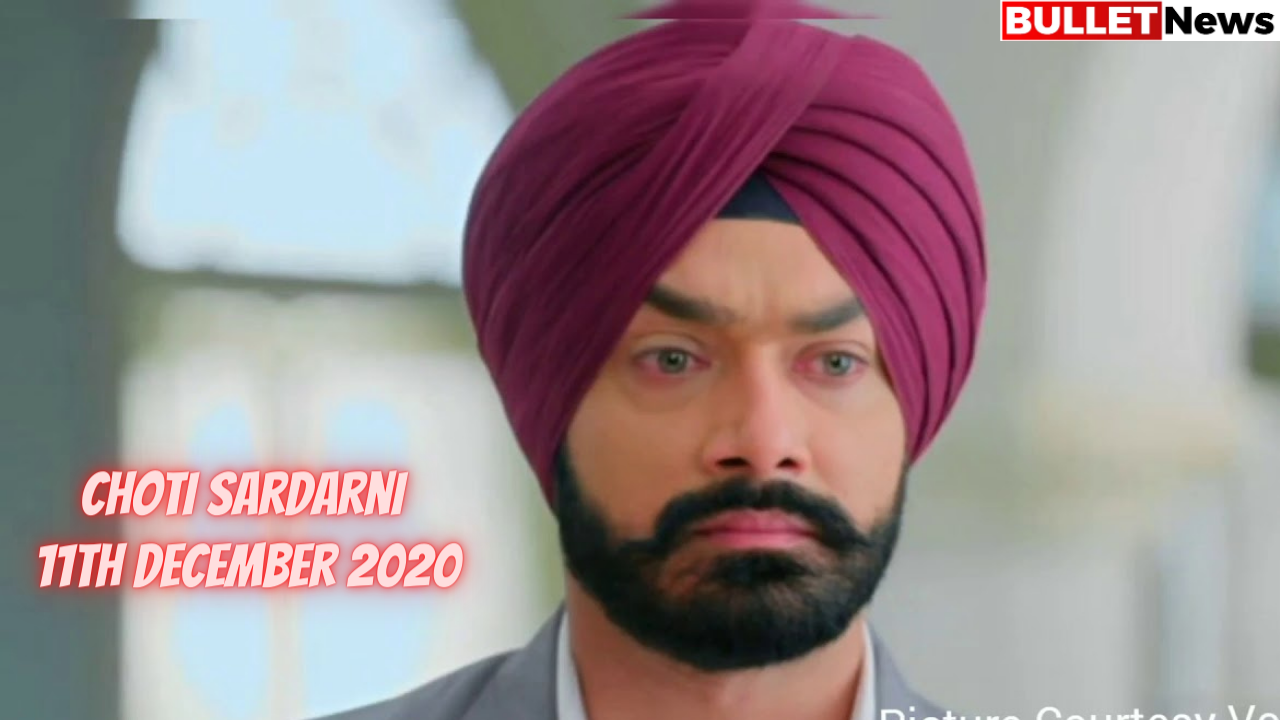 The last episode shook the family members and the viewers who sympathized with Sarab and Meher. Aditi revealed the darkest secret of their family and asked Karan’s custody as a condition for the Gill family to stay in the mansion.

Sarabjeet refused to grant her Karan’s custody and accepted her condition to leave the house. He portrayed his brotherly love and handover his entire wealth to Sarab.

Aditi showed her stone-heartedness and said, “If this is your wish then I accept it.”

On the other hand, Harleen didn’t give up and decided to fight for herself and her brother’s right in the house. Angry over Aditi’s sudden change of attitude, Harleen challenged Aditi to stay in the house till her brother returned.

“I am going to stay in this house. Sarab listens to his heart and emotions when relations are concerned, but I am not the same. I know how to use my brain to fight for my right. I am not going to leave my ancestral house till I get the ownership and till my brother is back. Now I will show you what I will do,” Harleen challenged Aditi.

In the other room of the house, Meher cried hysterically over the entire situation. She folded her hands before God and pleaded with him to mend everything. Meher felt guilty and blamed herself for Sarab’s state. She said she wouldn’t be able to see him leave his ancestral house.

“Babaji, today whatever is happening in Sarab ji’s life is my fault. He is compelled to leave this house which is so close to his heart. He is suffering so much due to my mistakes. I can’t see him in the state. Babaji please help me to deal with this situation. Please show me a way.”

After wiping her tears, Meher started packing her stuff and decided to leave the house with Karan for the sake of Sarab and Param’s happiness.

Sarab overheard Meher when she was talking to herself and stopped her from packing. He said that he wasn’t as much disappointed by Aditi’s words after seeing what Meher was about to do.

Sarab cried, “How can you leave me and Param? I won’t be happy without you. Seperation from you is equal to death to me.”

Overwhelmed by Sarab’s words, Meher placed her fingers on his lips and stopped him from uttering anything about death. Both of them stared at each other with grief, and Meher cried badly after hugging Sarab.

“Till now we have fought all the battles together and so we will deal with this one as well. So, never think of backing off,” comforted Sarabjeet.

Meanwhile, Manav was not in favor of what Aditi did with the Gill family and started shouting at her. He said that she was wrong and was worried about where the family would go after leaving the house. Aditi and Manav entered into a heated argument, and Aditi took a stand for herself, saying that she did all this for Manav. He denied her statement and said that he never wanted the property. He only wanted Karan.

Aditi said, “We will get Karan. These people won’t be able to stay away from this house for more than four days. After that time period, they will be left with no option but to hand over Karan to us.”

Manav was still not satisfied with the way Aditi was dealing with the situation and said, “Really, this is your plan? These people will be left homeless, including my child Karan.”

Aditi told Vicky to use his brain and understand that they won’t raise Karan in adverse circumstances without their luxuries, which will be easy for them to get Karan’s custody in the court.

“If they won’t be able to raise Karan we can easily prove in the court that they are not fit parents for Karan and the court will grant us Karan’s custody. But, I am sure there won’t be any need of going to the court as Meher and brother will return in this house soon. So, if you want your son then silently let me do what I want to do,” said Aditi.

In the other room, Param cried over the broken nest of his birds. Sarab tried to console him and said that sometimes strong winds break a nest. Meher, too, calmed him down by saying that birds are so healthy that they would build a new nest again.

Sarab tried to explain Param indirectly about their current situation and portrayed their situation like a game in which they would have to build a new nest.

Sarab asked, “Will you help us in building a new nest in case our nest breaks? This is like a new game. We will have to leave this house and start from zero in order to build a new nest. By and by, we will be able to build the new nest.”
Meher said, “But we will pray this game only when Param will agree.”

Param started shouting happily and said he would love to play this game.

Harleen called someone and told him to be prepared to file an FIR against Aditi. She angrily said that till now, Aditi has only seen her love, now she would see her hatred.

Sarab took the phone from Harleen’s hand and directed the person not to file any case against Aditi. Annoyed by Sarab’s soft corner towards Aditi, Harleen said that this is not destiny’s will. She firmly said that it was their father’s fault as she cheated on them and hid his first marriage. Harleen said that Sarab was making a huge mistake by leaving the house.

“At least think about Param. How will he live without these luxurious? He is not used to other lifestyle. Change your decision for Param’s sake. He won’t be able to live like this,” she pleaded to Sarab.

Sarab said that he would be able to bear the situation as he is a strong boy.

Going back to Meher’s room, Sarab assured Meher that everything would be fine after some time. Meher was proud of him and said that whenever there are discussions about a father’s sacrifices in Punjab, his name will be the first that will be taken.

In tonight’s episode, Sarab and Meher would bid a final goodbye to their house. Will the husband-wife due be able to survive without luxuries? Watch today’s episode to find out the answers.