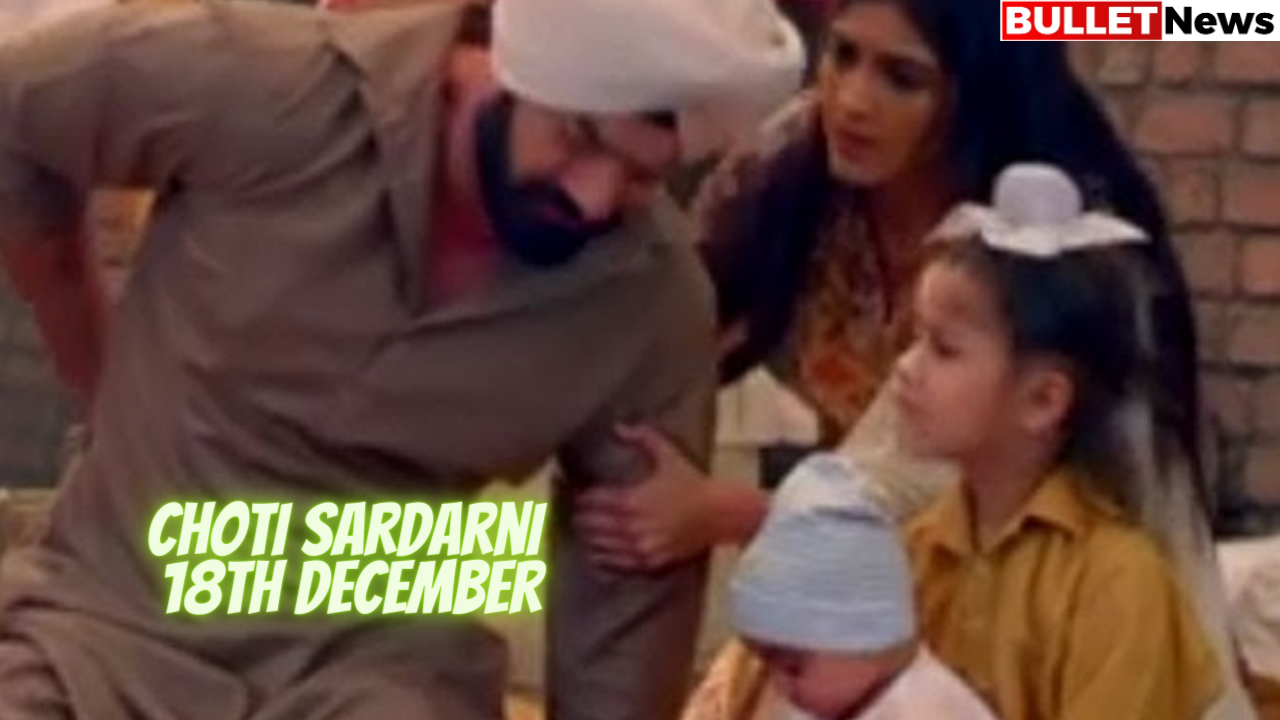 In the last episode, the faces of the ‘ghosts’ of Param’s house are revealed. The kids who once met Param in the park asked for a ball forcibly who kept an eye on Gill’s family. The kids didn’t forget how Sarab didn’t return their ball as they refused to accept their mistakes.  They badly wanted to take revenge.

Even after kidnapping Param and scaring him to the extent that he had to pee in his pants, the kids wanted to create more problems in his life.

After escaping a fearful kidnapping attempt, Param jovially ate dinner with his family. Meher and Sarabjeet tried their best to calm him down. When the entire family was about to sleep, Param looked at the mat and complained about how he would sleep as there is no pillow or mattress in the room.

Sarabjeet calmly laid himself on the mat and opened his arm to welcome Meher to rest her head on his hand and consider it her pillow. Then Meher told Param that it was the best mattress and pillow one could ever get.

On the other hand, Meher’s mother refused to eat anything as she was badly worried about her missing daughter, son-in-law, and kids. Her family made several attempts to make her eat food, but all went in vain.

In the ‘Gill Mansion,’ Aditi ordered the servants to renovate Sarab and Meher’s room according to her favorite color. Hearing so much of screamings, Harleen entered the room.

“Harleen, I was thinking that I should get the room coloured according to my choice. Since it was Meher and Sarab’s room, I and Vikram should also start out new love life in this room,” Aditi said to Harleen.

Harleen replied, “I think this is the best room for you in the entire house. This room still has Meher’s scent in each and every corner that will arouse Vicky’s old love and passion for Meher.”

Angry over Harleen’s sarcasm, Aditi left the room. Harleen directed the servants to keep the room as it was.

Montu and his friends stared at Sarabjeet and Param. A few of them started crying after seeing such family love. They recalled how their parents used to sleep with them in the same manner. But, they were thrown out of their houses as they did a lot of bad things.

The scene shifted to Meher’s mother’s house. Her daughter-in-law saw her still awake and asked her why she hadn’t slept. Meher’s mother replied that she could sleep peacefully after knowing that her daughter must be sleeping on the mat. She went out with a mat and decided to sleep on it without a blanket. Her entire family, too, joined her.

In the night, Param recalled how he was kidnapped and woke up in fear. Sarab and Meher tried to calm him down. After Param slept again, Meher asked suspiciously, “Sarab ji, why is Param so much fear-stricken?”

He replied that Param must have gone out to hide for the game and lost his way.

In the morning, when Meher told Sarab to wake up and go to a public toilet, he felt intense pain in his back as there was water timing. Sarab was not able to move. Meher insisted on applying mustard oil on his back. Param told her to call a doctor instead. Meher said she couldn’t call as it was against the rule of the game.

“I can’t call a doctor as we won’t be able to pay fee…..because it is rule of the game,” said Meher hesitatingly.

The reality was that they couldn’t afford the doctor’s fee.

You may also read Choti Sardarni 14th December 2020 Episode: Where to begin from?

Suddenly, Montu and his friends threw stinky drain water and spilled it inside Param’s house. The entire family panicked after seeing so much water inside their house. Meher started cleaning the drain water. Sarabjeet, too, insisted on helping and even tried to help, but Meher refused as there was already a pain in his back.

Meher kept wondering how these incidents are happening with them. Suddenly, Sarabjeet felt a jerk on his back, and the back pain became worse. Unable to see Sarabjeet’s pain, Meher rushed outside her house to get mustard oil for his back pain.

Meanwhile, Robby was told to seize Gill Mansion and by any means buy this property or own this property before Meher and Sarabjeet returned. Robby accepted the deal and went outside to begin his ‘drama.’

As soon as he saw Harleen stepping outside on her house’s lawn, he sat down on the floor and pretended to hide. Harleen noticed him and went up to him. She asked him what he was doing in her house. Robby apologized to her and said he would never backstab her or give her any chance to complain in the future. Harleen considered it to be a genuine apology and told him to get inside the house.

In Meher’s absence, Param took proper care of his father and served him water. He even took care of his little brother Karan.

Meher continued looking for leaves that she can crush to make mustard oil. After Meher finally got the leaves in the forest, she rushed to get home as soon as possible. Her route wasn’t as simple. A thorn got stuck on her sole in her rush towards home. Meher started crying with pain and wondered about the pain that Sarab must be feeling at that moment.

Meanwhile, Sarabjeet was firm on deciding to go for work as it was the only means for him to earn food and money for a living.

Will Meher and Sarabjeet be able to overcome these hurdles and mend their lives again? Will Montu and his friends stop their dirty tricks, or will they continue to trouble the Gill family in the future? Watch tonight’s episode to seek your answers.