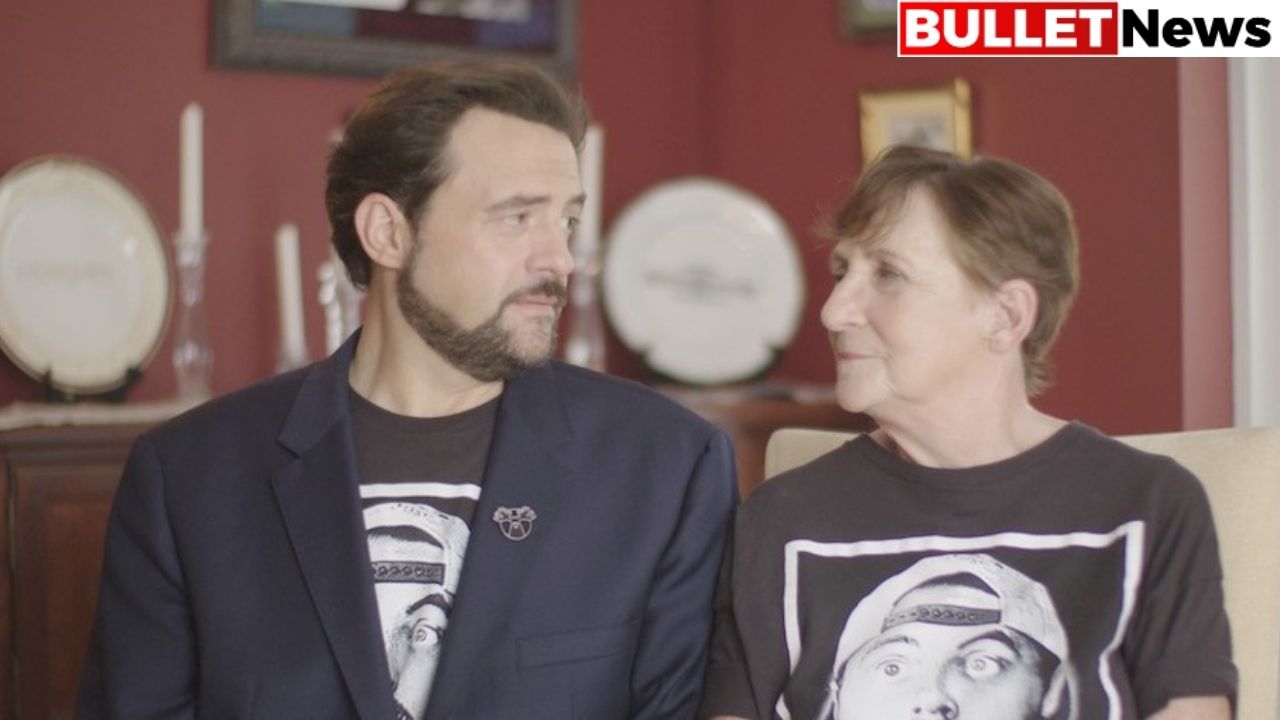 At the very end of the unfortunate Clerks biographical dossier, exiled and New Jersey-based King of the Lazy director Kevin Smith paraphrases Bruce Springsteen’s Wish. In this song, The Boss sings, “And if this is an old world of fun where a child’s wish comes true, I have a few in my pocket and one especially for you.”

In this documentary, Silent Bob cries that his creative success was “a child’s wish that always comes true,” he says. “Shouldn’t have happened,” Smith insisted, “and hell happened and destroyed the damn universe.”

There’s a lot to unzip, especially when you consider that most of them are “Clerks”:

Footage from Smith’s film and interviews with Smith’s mother Grace. And her brother Donald, daughter Harley Quinn, wife Jennifer, and many of her collaborators. To do something to confirm that her fans are the ideal audience (and perhaps the only) film you’ve experienced. The world is a better place for Kevin Smith. Maybe, but you wouldn’t believe it based on the evidence presented at Clerk.

“Clerk” largely follows Smith’s directorial career. Though it lasts long enough to remember his talk shows/stand-up comedy, podcasts, film merchandise, and IMDb talk shows. All after Smith’s film, which he even admits to being a technically wild sledge ride. It confirms Smith’s idea of ​​a fortunate man who now wants to use his art to be himself, whatever that means.

Smith and his friends carefully (or perhaps half-heartedly) point out that he has struggled and may have exceeded the expectations placed on him by Clerks‘ critical “smartness”.

In 1994 and Smith Champion John Pearson, the writer of his pioneering indie comedy, asked to reject bad reviews for “Mallrats,” Smith’s condescending and laid-back sequel to “Clerks”. As written by “critics who do” feel “betrayed.” That may be true. But what about all the other people who don’t care. And maybe still don’t care about Smith and his friendly cult of personality?

Smith’s famous “covering” hand-worked from time to time as he attempted to articulate why his creative achievements like “Clerks” and “Chasing Amy” meant as much to him as his box office pals like “Jersey Girl”. Zack and Miri. “And comrades.

To give them creative autonomy and the ability to “hunt Amy”. But the visually interchangeable recommendations aren’t nearly as exciting as the scene where Smith spreads praise for regular star and screen partner Jason Muss, who blushes and mutters if Smith insists he beat the “professional comedian” on Dogg. “, Smith’s sweet 1999 children’s comedy The Apocalypse.

Unfortunately, most interviews with the head of the talk at Clerk only confirm Smith’s high self-esteem. In the spectacular accusations made by boys like former Marvel Comics editor-in-chief and former Daredevil co-writer Joe Quesada, there is some truth to the saying that Smith not only “saved my career, he helped save comics.”

But even if you have enough time to check Quesada’s mental arithmetic (and adjust for significant inflation), who cares about these things other than those who don’t know yet? Who, if not a Smith fan, would love to see the book’s late character. comics Stan Lee exchanged compliments with Smith, let alone a nod to magician Penn Gillette when he praised Smith for being “important to culture.” Which culture and, above all, how?

Smith’s abusive comments are often the most frustrating thing about the Clerk, given how emotional he is, but he’s quiet. He claims he didn’t know about the s*xual misconduct of former patron Harvey Weinstein. And was quick to mention his well-publicized commitment to all costs following #MeToo Miramax to the female director.

A documentary that expands on this (or saves it more often after Smith). It might be fascinating, but “Clerk” is often in Smith’s comfort zone. So instead of being self-critical or just feeling self-conscious. We mostly get a lot of self-respect and self-pity, like when Smith shrugged that “The Jersey Girl”. Who was bombed for being different from the previous films (“How Did You Sell It?”).