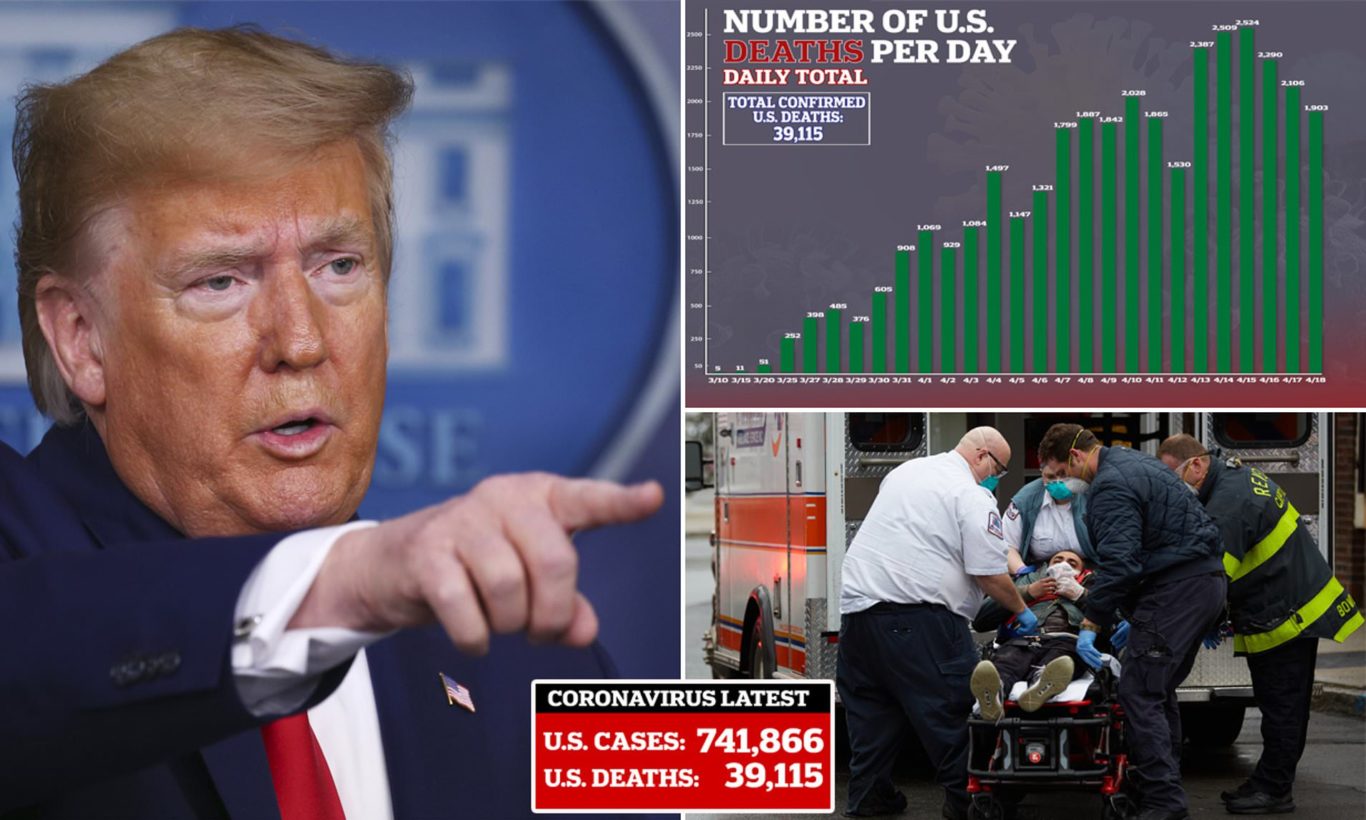 The coronavirus death toll in the United States climbed by 1,903 in 24 hours to reach 39,115 on Saturday. Confirmed cases of the highly infectious illness also soared to a total of 741,866 as of early Sunday morning, up 28,486 from the day before. The US has the highest number of COVID-19 cases and deaths of any country in the world. Despite the ominous statistics, President Trump cited ‘positive signs’ in the fight against the pandemic. Believing the worst is now over. The President said, “We continue to see a lot of positive signs that the virus has passed its peak”. Just days after the White House issued guidelines for the gradual reopening of the country.

Donald Trump said that “Texas and Vermont will allow some business to re-open next week. With strict social distancing measures still enforced”. Residents in Florida and other states returned to the beach despite an increase in COVID-19 deaths and infections. Meanwhile, three Northeastern states reopened boatyards and marinas for personal use only. Other states expected to gradually ease lockdown restrictions while other states. Such as New York, have issued no sign that measures will relax any time soon. The state’s Governor Andrew Cuomo did share some ‘good news’ for New Yorkers on Saturday. Though revealed in his daily press briefing that daily deaths. hospitalizations, intubations and ICU admissions fell for a third consecutive day.  As the nation’s crisis, the epicenter seems to have reached its peak. Cuomo announced that 504 people died from coronavirus the lowest death toll since April 1 and far lower than the state’s peak of 806 on April 7.

The governor went on to make a series of thinly-veiled digs at Trump. In which he recited Lincoln’s famous quote “a house divided itself cannot stand” and reminded him that’s why we’re called the “United” States.’ His comments come after he blasted the president mocking his demand for gratitude for federal help and saying: ‘Thank you for doing your job”. 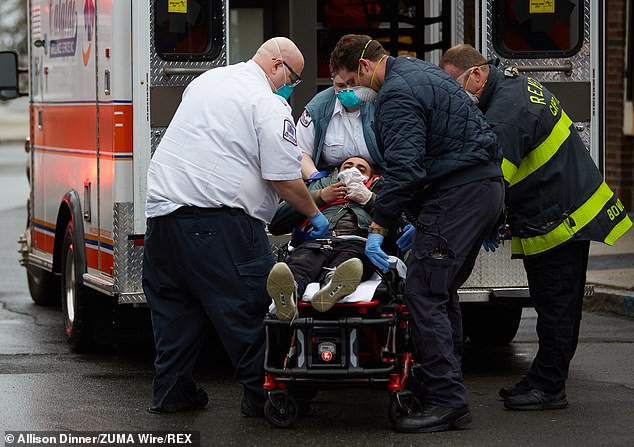 There are now more than 2.3 million cases of coronavirus worldwide and over 160,000  recorded deaths. With the US now burdened with the unfavorable accolade of being the country. With the highest coronavirus infection and death rate of any country on earth. President Trump blasted China on Sunday. Calling the country’s official coronavirus death statistics impossible.
The sentiment echoed by ‘Dr. Deborah Birx”. Who concurred that Beijing failed its ‘moral obligation’ for transparency in the pandemic.