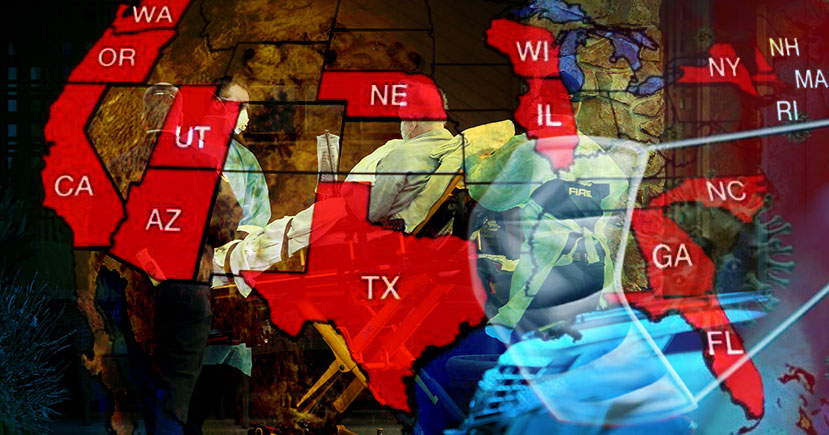 The deadly coronavirus, outbreak resumes spreading across the globe. With 6,522 cases now in every American state. The number of cases rises despite increasingly stringent quarantine measures. Experts are advising that life across the globe suffers critical disturbance for many months.

Meanwhile, China on Wednesday reports only 13 new cases of the coronavirus. Twelve of those cases in individuals are, who recently returned from abroad. The country is securing international arrivals and mandating strict quarantines. It is to prevent imported infections from triggering a resurgence in local transmission. This is resulting in the decline of the virus in the country.

Here are some other notable advancements:

Reports Of CoronaVirus From The World

There are almost 199,306 cases (as per Worldo Meters) all around the world. 7,994 deaths are on record. China, the epicenter of the outbreak, is having 80,894 active cases of the virus. The death toll is also rising by time with a total of 3,237 deaths. Many of them are also recovering with time and this number also reaches 69,614. In Italy, the total deaths reach a toll of 2,503. The next country having the most cases of death is Iran. Iran's death toll is rising day-by-day with 988 deaths. 533 deaths are reported in Spain. In the USA there are 116 deaths and every state is now affected by the virus.

To all the readers it is urged to take care of their health and hygiene.