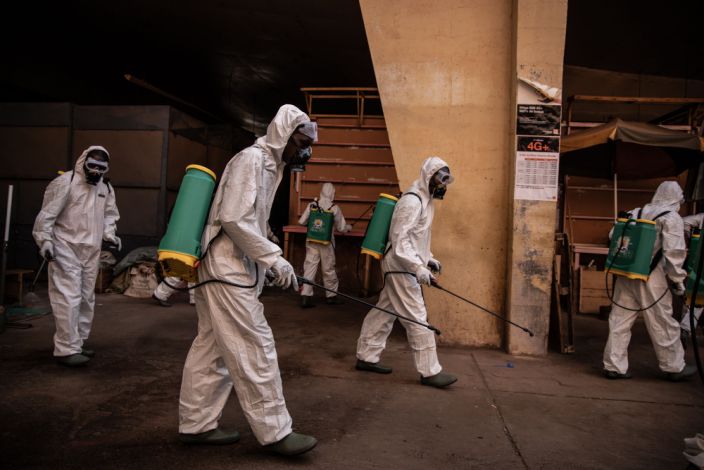 Even as Asia, Europe, and North America struggle to keep the spread of coronavirus under control. Public health officials are suggesting the alarm that infection rates in Africa could soon boom. While also weakening international efforts to end the pandemic.

So far, African countries were far from the virus. The high death tolls are rising in Italy, Spain, and the U.S., but officials are bracing for the worst in the coming weeks. Many show their concern as the cases increase. COVID-19 will make its way to vulnerable communities in war zones, slums and sprawling refugee camps across the continent.

Princeton University professor Jessica Metcalf, warns that the introduction of the coronavirus into the “tsunami of other infectious diseases” across vulnerable populations in Africa might be catastrophic. He is a specialist in infectious diseases and public policy and was previously in Africa.

With very little known about possible cooperations with other maladies like malaria. This kills more than 300,000 Africans per year, she notes that the prospects are alarming. “I think it could be a really serious issue and one where there aren’t clear levers to pull to diminish the impact,” she tells. “It’s likely to be one last straw that might break the camel’s back.”

Experts fear that African nations’ poor health care infrastructure may be quickly overthrown by the fast-spreading coronavirus. And that the interaction between COVID-19 and already prevailing infectious diseases may result in a perfect storm of sickness. This could, according to worst-case situations, kill millions.

“It is an existential threat for our continent,” Dr. John Nkengasong, states. “We have to win the battle against COVID in Africa to survive”. He is the director of the Africa Centers for Disease Control and Prevention.

Hundreds of Thousands May Die

Even statistical models that constituent in robust public health measures suggest hundreds of thousands may die. “It’s a nightmare dystopian situation that we’re talking about,” states Dr. Irwin Redlener. He is the director of the National Center for Disaster Preparedness at Columbia University. “In Africa and Asia, and in war zones, places with severe poverty, huge ghettos all over the world. It’s almost inevitable that COVID-19 will be an issue.”

Already, deaths in some countries are very high. On March 18, Burkina Faso suffers the first case of COVID-19 fatality in all of sub-Saharan Africa. Three weeks later, more than 360 people in the tiny Sahelian state have died of the disease. “Case numbers are increasing exponentially in the African region,” tells Dr. Matshidiso Moeti. He is the World Health Organization regional director for Africa. “It took 16 days from the first confirmed case in the region to reach 100 cases. It took a further 10 days to reach the first thousand. Three days after this, there were 2,000 cases, and two days later we were at 3,000.”

“We cannot eliminate COVID in any country in the world if we still have it lingering in any part of the world,” state Dr. Nkengasong of the Africa CDC. As he beckons for “global solidarity” in fighting the pandemic.

“We still have an opportunity in Africa to do something, but we need support and we need partnership quickly,” he states. “Otherwise, our situation will be destructive.