Facebook
Twitter
Pinterest
WhatsApp
Telegram
The number of #Coronavirus deaths in the US crossed 1,00,000 on Friday. While over 35,000 people have died from the COVID-19 pandemic. According to data maintained by “Johns Hopkins” University. President Donald Trump assured his people that America was very close to seeing the light “shining brightly” at the end of the tunnel.
New York, the financial capital of the world, has emerged as the epicenter of the pandemic. More than 14,000 people have died in the city and over 2,00,000 people have tested positive so far. Neighbouring New Jersey has more than 78,000 cases and 3,800 deaths. President Trump told reporters at the White House on Friday. That to date the U.S. had conducted more than 3.78 million coronavirus tests, by far the most in any country.
Trump Said, “It’s not even close. In the hardest-hit areas such as New York and Louisiana. We have also tested more people per capita than South Korea, Singapore, and every other country. The United States has the most robust, advanced, and accurate testing system anywhere in the world”. 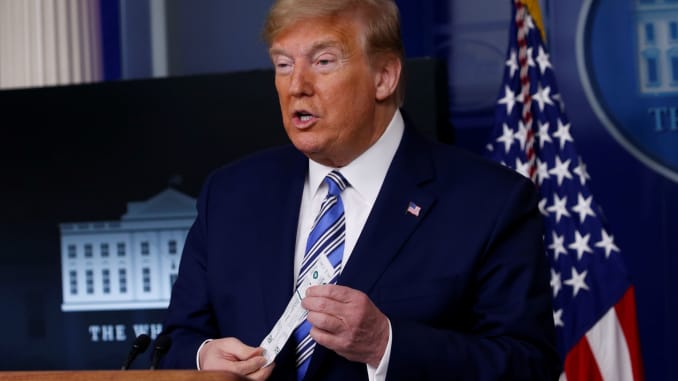 According to the U.S. Vice President Mike Pence. Despite the tragic loss of more than 36,000 Americans, the latest data show that the new cases are slow and steady on the West Coast. He said, “We continue to see cases and hospitalizations declining in the new greater New York City area, in New Orleans and Detroit and elsewhere”.
Over 35,000 people have died in the U.S. and the country has 7,01,131 infections, the highest in the world.
© Copyright© Bullet News