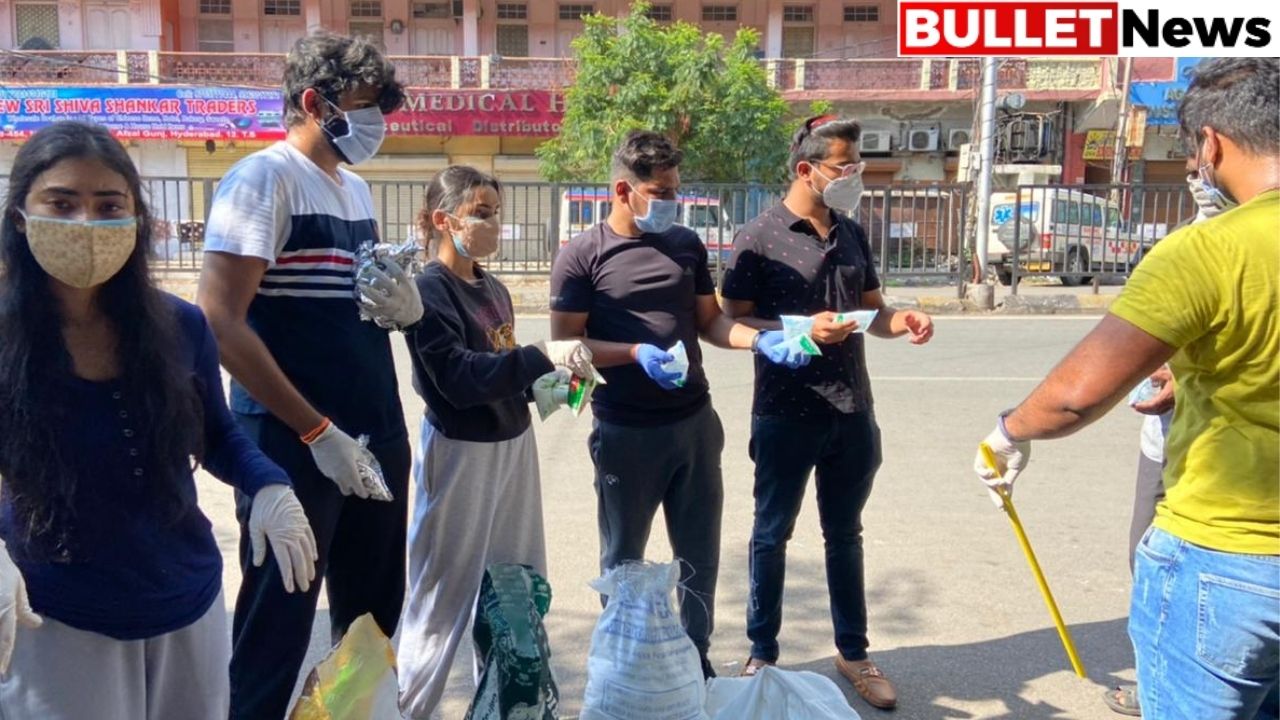 Today, World has come to a point where everyone is thinking about ways to survive, but some disguised superheroes are adding years to many life. Meet some angels in disguise from “TrippyXperience,” Mr. Parikshit Chugh and Mr. Ahmed Shareef. They were following the trend set by “Fresh Serve” by Hyderabad based on Ms. Nithya, Ms. Samhita, and Ms. Gayatri.

The world had faced a disaster during the end week of April 2021 when the number of Covid-19 patients increased horrendously.

Humans were trying all the best possible ways to survive, but among them, some humans were there who intended to help others. A superhero never sleeps, nor rest! These superheroes never dress like the traditional ones.

TrippyXperience, a luxury travel company from Hyderabad took the initiative to help others so that no stomach remains empty. It was when all the travel companies were trying to maintain their survival. Fresh Serve has also kept its way high then also. The intention to help people before anything took them so ahead. They decided to serve meals to as many people as they can.

“We are humans and not animals. Animals do not think about others, but God has given us this feature. Let us not make him feel down of his creation.” Together they said. It feels good to see companies like them come out of the box to help people.

“We have reached a place where we are more concerned about our well-being, and it is wrong. Think about the reason why God blesses you with more! “says Mr. Parikshit Chugh .

There are many people, including front-line warriors, home quarantined people, needy people, and elders, who cannot manage their food daily. The angel from TrippyXperience and Fresh Serve came as a saviour.

Mr. Rahul Shah can be said as a link to bring these two organisations together and bring these angels together. When people comment humanity doesn’t exist, people like the team of Trippyxperience remind us that “Humanity exists.”

No matter where this attempt started, the fact that it is still in use by these people is a matter of pride. “Together, we will beat this pandemic, just remember to stay mentally together and physically away,” says one of the members.

“One man, many efforts,” think what several helping hands can do!

Travel agencies have suffered the most during the pandemic, but irrespective of it, the desire to help others had moved them to those who need it. Everyone would have read, “Don’t turn your back to those in need,” but it seems only a few have followed it and the TrippyXperience team is among them.

“Be part of the good campaign and try to help those in need,” said the helping team together.