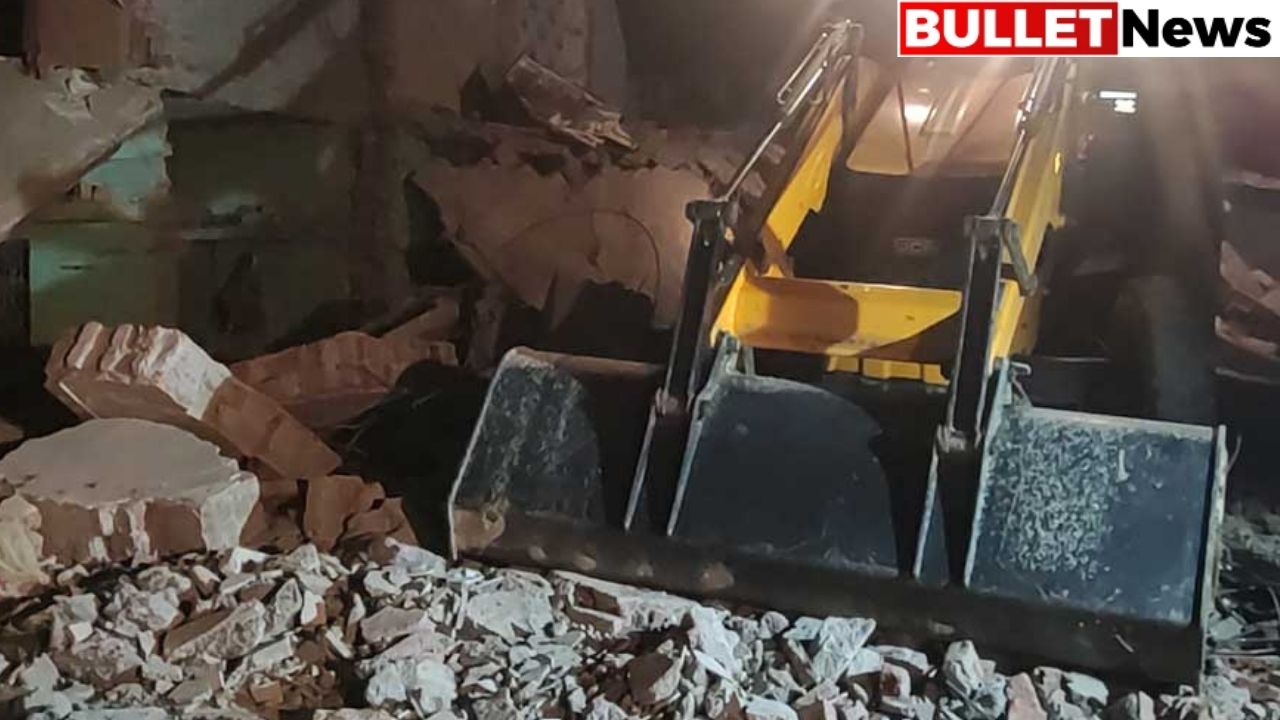 The cylinder explosion in Gonda District Uttar Pradesh has killed 8 people and injured 7 others on Tuesday night (June 1, 2021). The explosion also caused the collapse of two adjacent houses in Tikri Village in the Wazirganj area. The incident was reportedly taking place in Purwa Thather when the Nurul Hasan family was cooking food.

The bodies of two women and men, each with four children have recovered, while seven injuries underwent treatment at the district hospital. The deceased has been identified as Nesar Ahmad (35), Rubina Bano (32), Shamshad (28), Sairunisha (35), Shahbaz (14), Noori Saba (12), Merab (2), and Mohammad Shoeab (2).

Previously, 14 people had been saved, including 7 declared dead.

Heavy power has been deployed to the site of the incident and the forensic team investigated the cause of the explosion. Ig Devipatan ranges, police supervisors, ASP, and personnel from several police stations are in place.

Then, the police supervisor (SP) Santosh Mishra said that the explosion in the gas cylinder took place during cooking at the house of a Nurul Hasan. The impact of the explosion was so intense so even a well-side house was broken.

The forensic team was also called to collect samples. All bodies have been sent for post mortem and further investigation into progress.

According to the sources, it may been a cause of a family rivalry, which has framed this whole crime scene and spot into an unpredictable accident. Also, many reports are coming up stating that there were no escape techniques used by the people to save themselves,

Can it be a mass suicidal attempt? It’s not shocking for us to see the whole family committing an act like this together we have seen this happening before too in Delhi, wherein a family of 17 people hung themselves in their own house performing a ritual to meet their ancestors.

Can this incident be related to the incident that happened in Delhi?

Let’s see how exactly this incident might have taken place. According to the basic investigation done by the forensic team, they have mentioned that there was a leakage in the pipeline, which cause a sudden explosion in the house. As the 2nd was just adjacent to the 1st house and the cylinder was kept just beside the wall.

The wall of another house also got cracked up and broke, leading to the shattering of two strongly built houses going out like a tomb of cards.

You may also read Australia under plague attack: These rodents are creating a massive nuisance across the country

It’s being suspected that out of 7 people two died because of the explosion and the rest due to residues of the house falling on them. The poor family has to face a lot of troubles especially in the ongoing mental trauma and illness this Covid 19 had given us.

The Chief Minister Yogi Adityanath also stated the sadness and condolences of death and instructed officials to ensure the injured receiving efficient care. He asked the district judge to look into the cause of the incident and submit a report to the government.