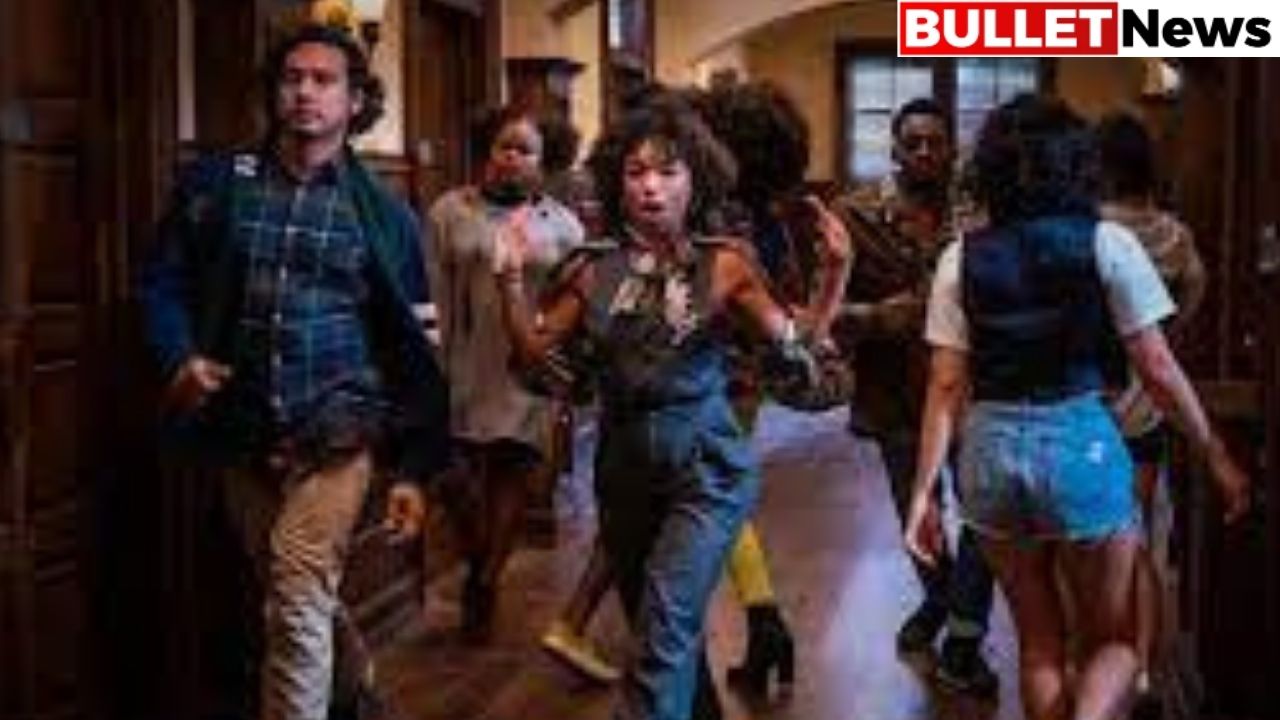 “Dear White People” is one of the most amazing shows in years. And Netflix does a commendable job of marketing it. This show is about a group of students from the black community who think about the future and their lives. The most fantastic aspect of the show is the study of the characters and their relationships.

The most important thing this show explores is its morals.

Season 3 ended with Cliffman giving us the idea that Samantha White (Logan Browning) and Lionel (Deron Horton) might be ready for a new order. In season 4, we get to know the world we are in now.

A world plagued by a raging pandemic that is forcing people to sit in their homes. However, the series tells us that there has been a new pandemic. And people are again wearing masks, sitting in their homes. And making video calls to stay in touch with loved ones.

Looking ahead, Lionel (DeRon Horton) is a bestselling author. While Samantha (Logan Browning) is a director waiting for his career to reach new heights. The duo has been unable to connect since they left college. And one day they meet to discuss Lionel’s book series.

You may also read “Y: The Last Man” Review: Disney+’s new show envisions what the world would resemble in case there was only one man left on Earth

Interestingly, we soon learn that Lionel’s book series is the basis of the show. As time went on, viewers understood why Lionel never wrote part four of the book series. Because of his terrible senior year in college. Still waiting for something really big to happen in her career. Samantha spoke to Lionel and encouraged him to write the final chapter and then adapt it for a TV series.

The most exciting thing about this event is that it introduced the audience to the prospects of Samantha and Lionel’s friends last year. Looking back, when we step into the scene, we see students preparing for university performances. There are many ideas for the show, but Troy Fairbanks (Brandon P. Bell) is considering covering it from the ’90s. He planned to turn the show into a ’90s show full of R&B hits.

Season 4 is very different from the previous releases as it is embedded with a lot of music.

Some people might not like the way the characters tell their stories through songs. And it’s great to see the characters talk about serious issues in their way. Every other character manages to get what they want out of their professional life, except for Samantha. Everyone, especially filmmakers like Winchester, ignored him, and he vented his disappointment with the song.

Also, don’t believe those who say the music distracts the viewer from the fantastic feats of the performers. This improves their performance. Another thing he did pretty well last season by telling the world how differently white people in the black community to black blacks. Black people with light skin will always be in the front, and black people will always be behind, and they are not allowed to step out of the shadows because of the privilege of having light skin.

In terms of acting, Logan Browning stands out more than Samantha.

He is one of the brightest talents we have in Hollywood, and he should be given more opportunities to show off his talent. DeRon Horton, on the other hand, is just as brilliant as Lionel. The way he expresses his emotions throughout the series is brilliant.

Joy Leah as Yesha Vital is fascinating. He is a force to be reckoned with, and the way he treats Sam and the other black students with his uncompromising demeanour is brilliant.

You may also read ‘He-Man And The Masters Of The Universe’ Review: A CGI-animation reboot from ‘he-man’ is intended for children

Overall, the fourth and final season was the perfect farewell to the characters and came out with a sentimental edition. This is an excellent ending to one of the best shows in recent history, and we will miss the characters who have been a part of our lives. Dear White People Season 4 also deserves your attention and ratings.