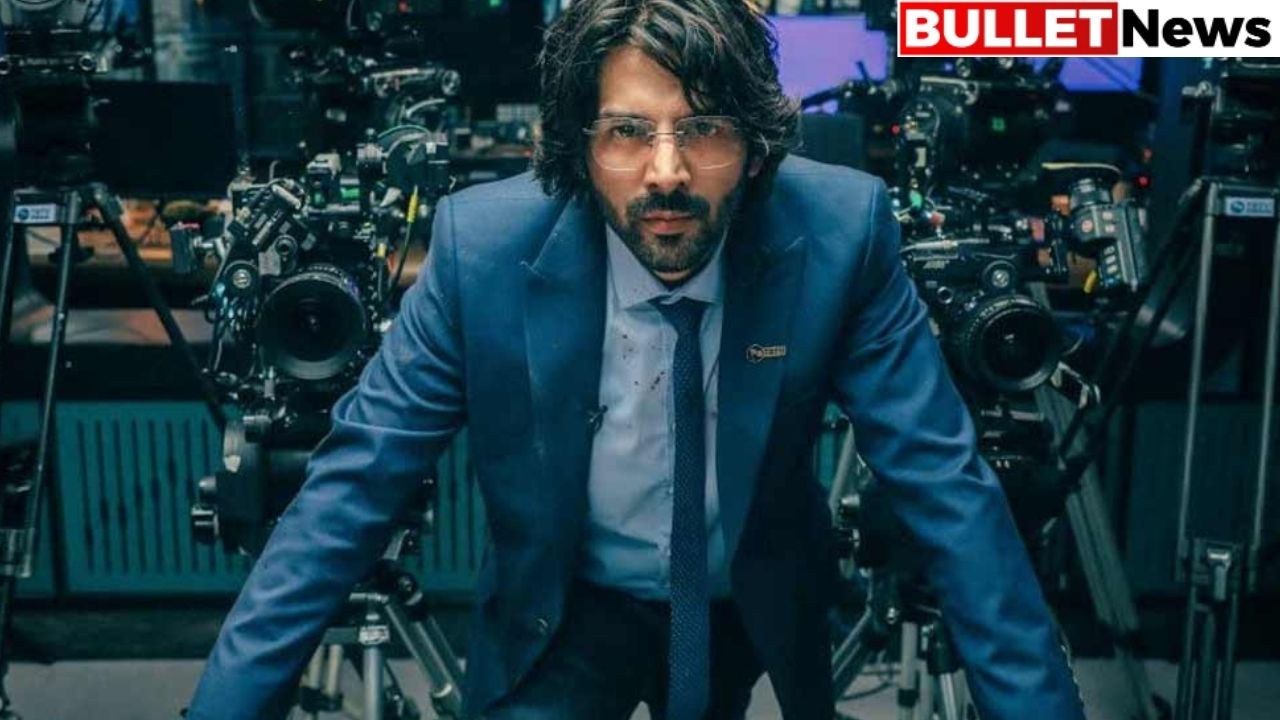 One day in the life of reluctant radio jockey Arjun Patak (Kartik Aryan) threatens a turning point: minutes after the film starts, he finds himself in the middle of a major crisis.

A man calls and says he will blow up the sea connection in Mumbai if his request is not met. And within minutes, there was a loud crash, and outside his window, Arjun saw parts of the magnificent bridge plunging into the sea in the distance.

Who is that unknown caller? What does he actually wants?

The voice on the phone actually becomes a beacon directing the thirsty rating of Arian Ankita Malaskar (Amruta Subhash). Who only does what the “channel” wants, ethics damned. The caller wants to make a powerful politician to apologize.

For what he (the caller) believes resulted in the mere deaths of three people and wants Arjun’s help. So here’s your conflict. The reporter who claims to be telling the truth and nothing actually but the truth. And a really desperate caller who wants his voice heard.

Dhamaka, a remake of the 2013 Korean film The Terror Live. It traces the increasingly intimate conflict between television stations. And their insatiable greed for higher ratings and ordinary people with no financial or social influence.

They are people who are outside the orbit of profitable corporations, masquerading as hype-selling media. And ironically, some of them are people who still believe that heralds are oracles. It’s a subject worth investigating but gets lost in an awkward performance.

As a criminal TV presenter looking to return to prime time for a price, with his helplessly “serious” glasses, Aryan got off to a good start. Like Subhash, who, being the formidable boss of a TV station, shouted the command “live broadcast, live broadcast” without a single bone of empathy in his body.

But you soon realize that the critical elements of a thriller – the urgency, the suspense, the horror the characters have to experience on screen – are missing.

This is because everything that happens on screen feels fictitious and amazing. None of the “emergency news” situations, no tragedy on a broken bridge, no quick action in the editorial office felt real. The whole film feels like a set. And everyone felt like they were playing with the decorations.

This might have something to do with the Bollywood’s failure to reproduce live news credibly.

Somehow it’s either too exaggerated or too pointless without the nervous tension running like electricity through the place when the news arrives. Everyone is working at full speed on the next issue of the daily or newsletter. It’s also possible that these characters never felt like flesh and blood, just the outlines.

Try this. Suddenly a news anchor clapped his hand on his bleeding ear. We heard a sharp scream. What just happened? They expected dumbfounded silence, surprised reactions, explanations. But none of this happened. After a while, there’s a belated explanation. But the film has sunk deeper into the suspense spectrum by this point.

Even the worst real-life TV channels with screaming guests and toxic debates have more drama than what’s happening in this 24/7 fictional Bharosa.

It’s hard to believe this is coming from Ram Madhwani, whose “Neerja” and “Aarya” did such an excellent job of creating believable characters and engaging scenarios while keeping us updated. This person is on the verge of common sense, and this is another person who faces his demons, and their lives are at stake. And we didn’t buy anything.