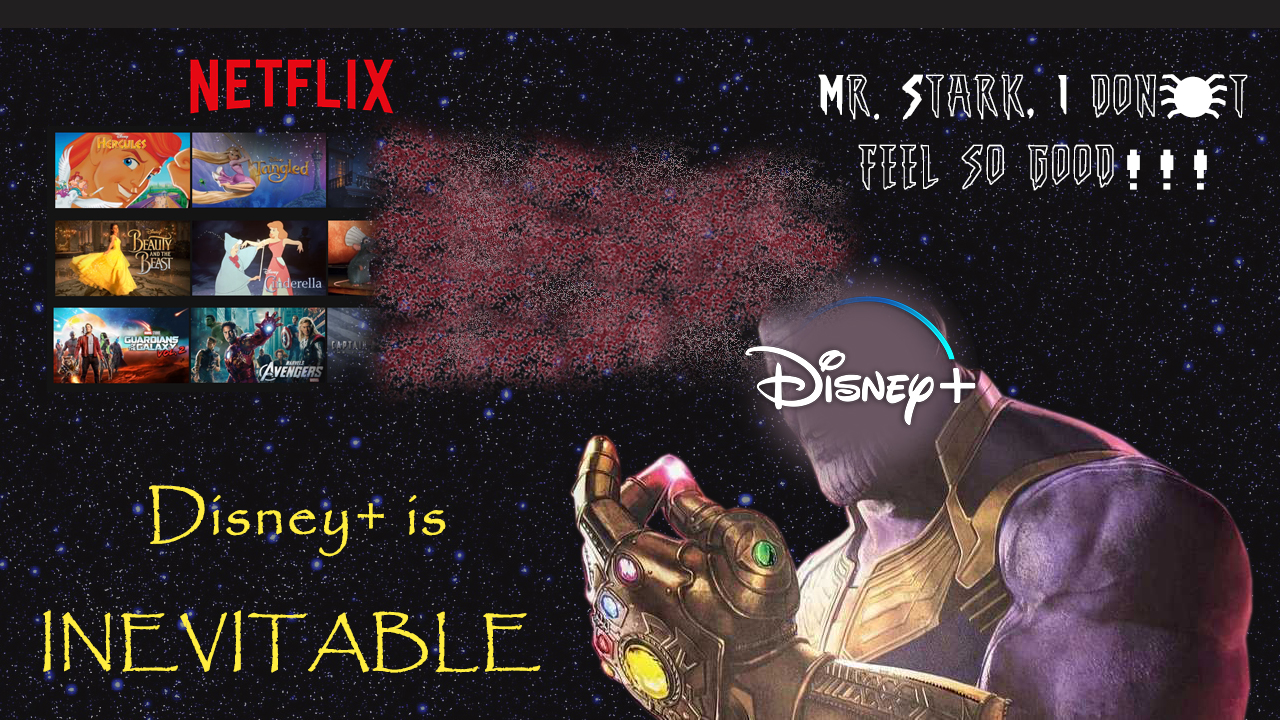 Reports suggest that Disney’s new streaming service Disney+ is set to release on 12th November 2019 and pre-orders have begun in the US. It’s believed that the subscription will cost will be $7 per month and will provide its users with amazing benefits such as 4K streaming on 4 devices at a time with Dolby Atmos.

Compared to its competitors, the price of the subscription is half of that of HBO Now and more less than its biggest competitor, Netflix which provides similar benefits at $16 per month in its best plan.

Let’s see, Disney owns 5 major studios, Disney (of course), Pixar, Star Wars, National Geographical, and the industry giant, Marvel. It’s a famous speculation that with the release of Disney+, the Marvel, Pixar, Disney, and Star Wars licenses under Netflix are in jeopardy.

Although the already released Netflix originals released in collaboration with Disney on Netflix such as Defenders, Daredevil, Jessica Jones, and many more seem safe for Netflix, the others that are solely owned by Disney might be set to leave Netflix.

Keeping that in mind, keeping only one plan at an affordable price is the smartest move by Disney as people will consider purchasing the subscription to keep enjoying their favorite Disney, Pixar, Star Wars, and Marvel titles. Plus, Disney+ will also have a lot of new storylines to offer with new and exciting Disney+ Originals, Just like Netflix.

With Disney+ set to release on 12th November 2019 with new Disney+ Originals in the US, people are waiting to get the subscription and enjoy the magical Disney experience. What will happen to the titles on Netflix that are under Disney? Well, only time will tell.

Let’s try to figure out the ultimate fate of titles under Disney on Netflix.

Please let us know your thought and which shows and movies would you like to see on Disney+ in the comments below.