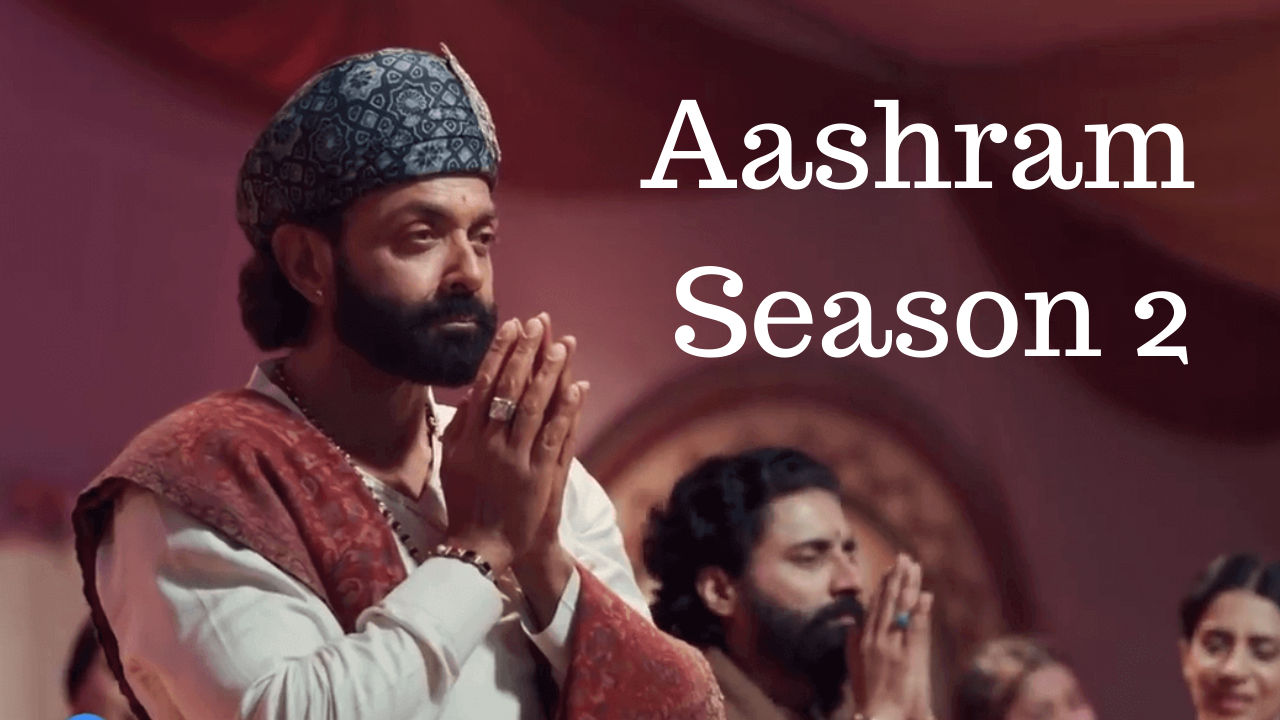 After the massive success of Aashram season 1, everyone is getting blood-thirsty for Season 2. As at the end of the Season 1 finale, there is a trailer showing future glimpses of the show Aashram. Which means Season 2 is inevitable.

However, we want to ask you- Dose Aashram Season 2 Exists?

Don’t get all shocked and surprised. I am merely hitting you with the fact that though the next episodes of Aashram will soon be available to stream, but that is not the Season 2.

Yes, you heard that right, there is no Season 2 for the Bobby Deol’s Ashram! People are getting it all wrong! The truth is that season 1 itself hasn’t even finished yet! And the continuation of the show is Part II of Season 1 itself, as we have mentioned in our previous article about the Aashram. You can read it from the link below.

The show was produced and released with a unique idea. Distributing one season into two parts and releasing them separately. The reasons behind this approach are seemingly unknown, but increased economic success could be one of them. The length of the story could be another reason. Whatever it might be, the narration on the series is impressive!

However, all we honestly care about is the story and its continuity. However, this is where it gets interesting. Since the season is divided into two parts, the production of both the parts was done together! Meaning, part 2 of Ashram has already been shot, produced, and is ready to be released!

The question now arises if it’s already complete, why not just release it. While dispersion is logical, it might not be acceptable regarding the marketing of the show. The creators want to create excitement, hype, and anticipation for part 2, hence the delay!

Yes, you guessed it by now, the Baba of Kashipur is a straight-up psycho. A megalomaniac, sex-addict, and a real hypocrite! Above all, a beautiful instance of dramatic irony. We now know he isn’t the “Baba” his “Bhakts” think he is. But is this all? Is he just a sex addict who became a Baba to have an infinite supply of females? Or is there something darker, deeper, and diabolical? There are hints that point towards the fact that Bapa Nirala Kashiwala is not just a conman, but a nefarious mastermind.

A volcano is brewing, a nexus screaming to be unfolded. Part II will be featuring something unexpected, which can blow our minds! From the endless supply chain of women to drugs to dirty politics, Ashram part 2 will only get darker. And we love it!

The ending of Part I gave us a precap to Part II, and on closer inspection of it, some intriguing questions arise.

Is the Baba a somnophiliac?

Whatever crazy twist and turn the show may take, one thing is for sure that it will be one hell of a ride! If the producers are creative with it, there can be a possibility for an actual Season 2. The story has immense potential and is one of the best series on MX player to this date. Thus, Expectations are high!

As of now, the whole team of Ashram is celebrating the success party. A party which they duly deserve! From the writing to the direction- cast to production, everything is spot on! Aashram is one of the best works of Bobby Deol as well, something he admits to himself.

In conclusion, as it has only been a few days since Part I’s release, Part II will take time to be released. Above all, Part II has is out there. Hence it must be out at some point. But when is that time? Well, according to various interviews and social media posts, part 2 might be nearer than expected. The most probable release date is at the start of 2021!

Where To Watch It:

If, for some reason, you have not watched season 1, it is available to watch for free on the MX player website as well as the app. Similarly, part 2 of season 1 will also be available to stream on the MX Pro website and official app.

It’s only been a few days, and we can’t wait for part 2 already! Are you too in the same boat as ours? If yes, be sure to check back on us as we’ll have all the latest updates for you!