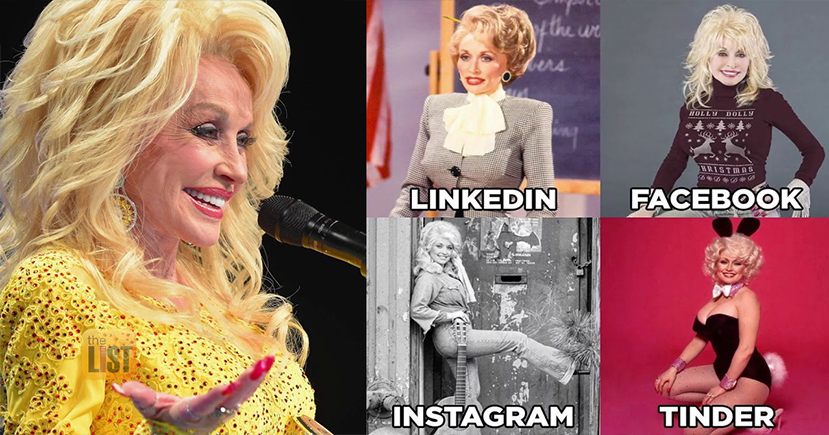 It appears that every week there is a new viral challenge trending on social media. This weak Dolly Parton Challenge becomes the new trend. Many celebrities are taking this challenge to show off their social media images. Recent meme showing Kylo Ren doing the dolly Parton challenge in a Starwar meme. Kylo Ren is a fictional character in star wars, introduce in the 2015 movie “The Force awakens” and Adam Driver portrayed it.

What is the Dolly Parton challenge?

You may have seen collage feed of people using Linkedin Facebook Instagram, and Tinder images with hashtag #DollyPartonChallenge, demonstrating the different ways we show ourselves to the world. The challenge starts when famous singer DollyParton shares her collage of four pictures with the caption ‘Linkedin’, ‘Facebook’, ‘ Instagram’, ‘ Tinder’ on Instagram. with a caption” get you a woman who can do it all” also added winking emoji. The post reached up to 6000,000 likes.
Her Linkedin profile showing a buttoned-up blazer, Instagram showing a black and white image where she is leaning against the wall with a guitar in hand. In the Facebook profile, she wears a Christmas jumper. For tinder, she is wearing a playboy bunny costume. Dolly Parton is an American singer, actress, songwriter, known mostly for her work in country music. She debut in 1967 with “Hello I’m Dolly” a debut studio album.

Best of the Dolly Parton challenge

Celebrities and people from all over the world following the viral challenge all because the queen of the country did it first.

She also added “Dolly’s setting worldwide trends shouting out platforms she doesn’t even use” to her caption.

She also added “ yes ma’am, @dollyparton, whatever you say”- to her caption.