Facebook
Twitter
Pinterest
WhatsApp
Telegram
President Donald Trump considered using tanks or other armored military vehicles. To help restore order in the US after violent protests broke out across the country for the sixth night. As protests over the death of “George Floyd” enter their second week. Trump has threatened to deploy active-duty military across the country to quell the unrest. Law enforcement officials pushed hundreds of protesters out of Washington’s Lafayette Park. Ahead of the district’s 7 pm curfew. 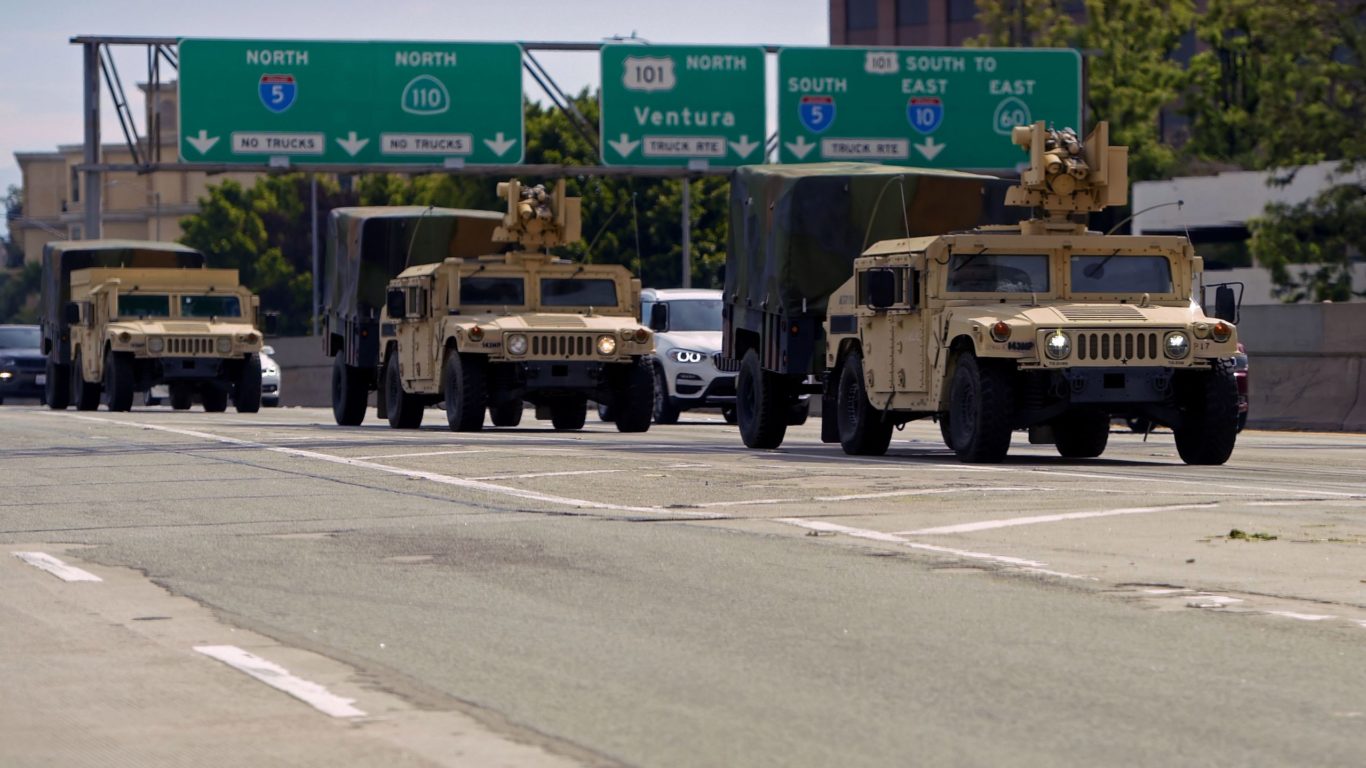 A senior White House official, who spoke on the condition of anonymity. Revealed on Tuesday that Trump hoped to make the aggressive action in Washington an example for the rest of the country. Two Pentagon officials also told AP that the president had ordered the military planes to fly above the capital. On Monday night as a show of force against demonstrators.
They did not say how many or what type of plane had mobilized. Videos and photographs posted on social media. Showed helicopters flying low over buildings and hovering. Just above groups who were on the street despite a district-wide curfew.

Law enforcement paired the tactic with heavy use of tear gas, pellets and chemical spray as protesters marched toward the White House. Trump’s tactics decried on Tuesday by some fellow Republicans. As well as his presumptive Democratic opponent.
Show-of-force missions designed to intimidate and, in combat zones. Warn opposing forces of potential military action if provoked. Three senior defense officials also said that the idea of deploying military forces was being pushed by the White House, not the Pentagon. The sources revealed Trump consulted with aides about using military vehicles or the kind of hardware. Used by the armed forces, to help bring the chaos under control. 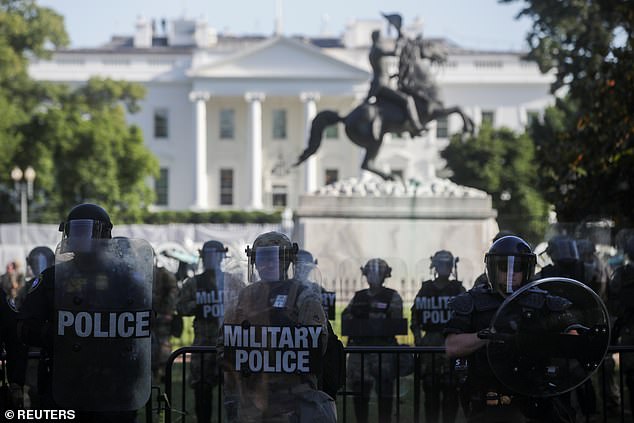 It comes as 700 soldiers dressed in riot gear and armed with bayonets arrived at two military bases. Near Washington on Tuesday evening, while another 1,400 are preparing to mobilize. As the nation’s capital braces for another night of chaos. Hundreds of members of the Army’s 82nd Airborne Division called earlier. Trump promised a more aggressive approach to the violence and riots unfolding across the country.
© Copyright© Bullet News