Facebook
Twitter
Pinterest
WhatsApp
Telegram
The Duchess of Cambridge revealed she and Prince William have been doing the food shopping during the lockdown. As she returned to royal duties with a visit to the local garden center.
Kate Middleton dressed down in a gilet, shirt, and jeans for yesterday’s trip to family-run Fakenham Garden Centre. Near her Norfolk home of Anmer Hall. The visit, which made public today, marks the Duchess’ first official engagement since the start of lockdown on March 23. During the visit, Kate revealed she and William have been making trips to go ‘food shopping’ in recent weeks. But have otherwise been at home with their three children. Prince George, six, Princess Charlotte, five, and Prince Louis, two. 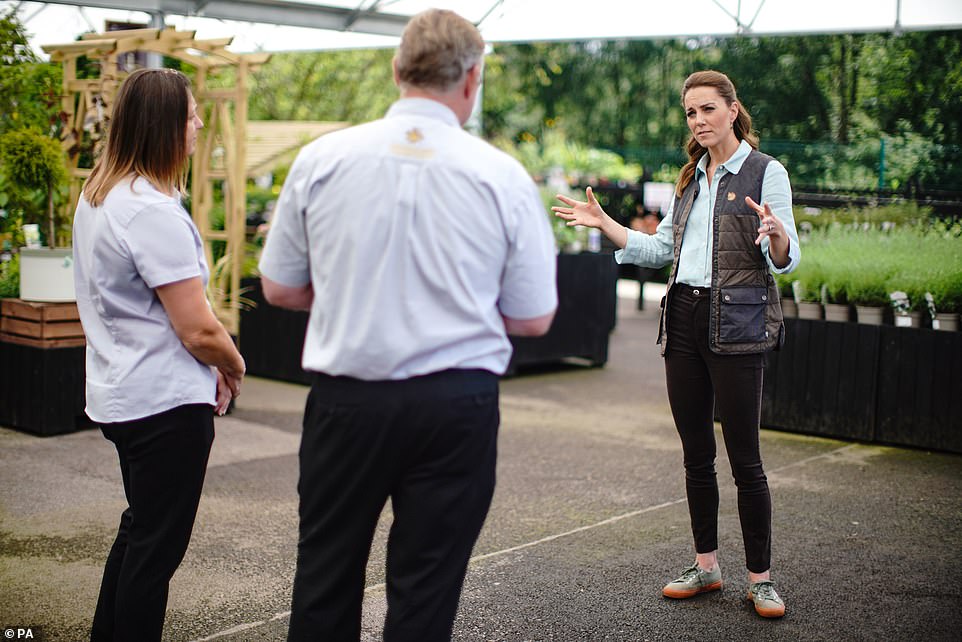 She said the children have been growing tomato plants and have been learning about the importance of spending time outside. Meanwhile the Duke of Cambridge today carried out his second engagement of the week. With a visit to Smiths the Bakers, in King’s Lynn, where he presented with a cake ahead of his 38th birthday on Sunday.
Speaking to garden center owners Martin and Jennie Turner. Kate revealed she loves coming to garden centers with her three children. Prince George, Princess Charlotte, and Prince Louis. “They love it,’ she said with a smile, adding It’s such a great space for children and families to come to garden centers. I’ve been food shopping but I have to say I haven’t been out a huge amount more but it’s good and so important. Now as things start to ease, people know they can go out and particularly to places like this”. 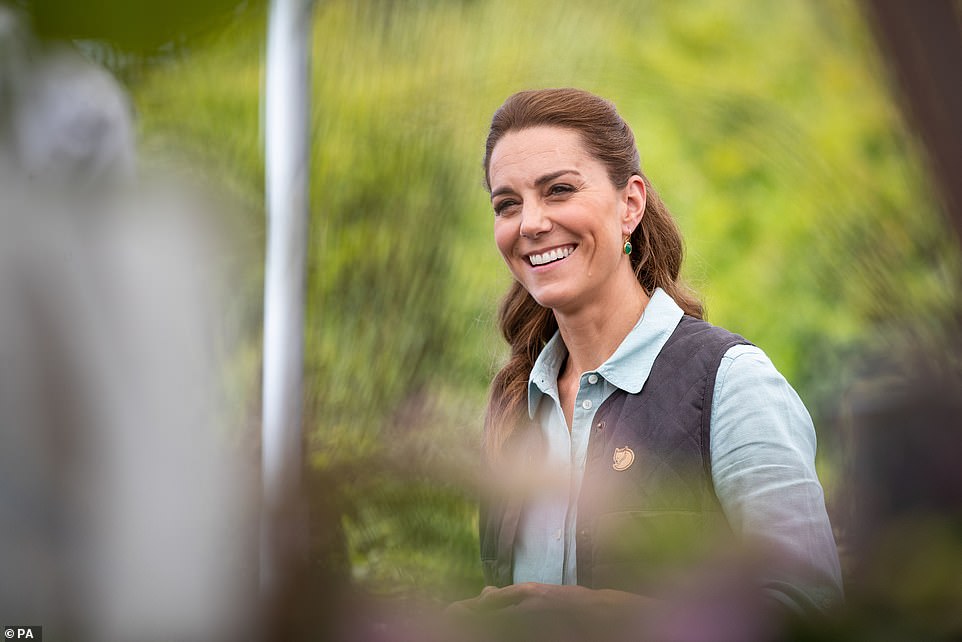 The Cambridges have spent much of the lockdown at Anmer Hall with their children. And while unable to attend their usual royal events have been holding virtual visits to care centers and hospitals via video calls.
© Copyright© Bullet News