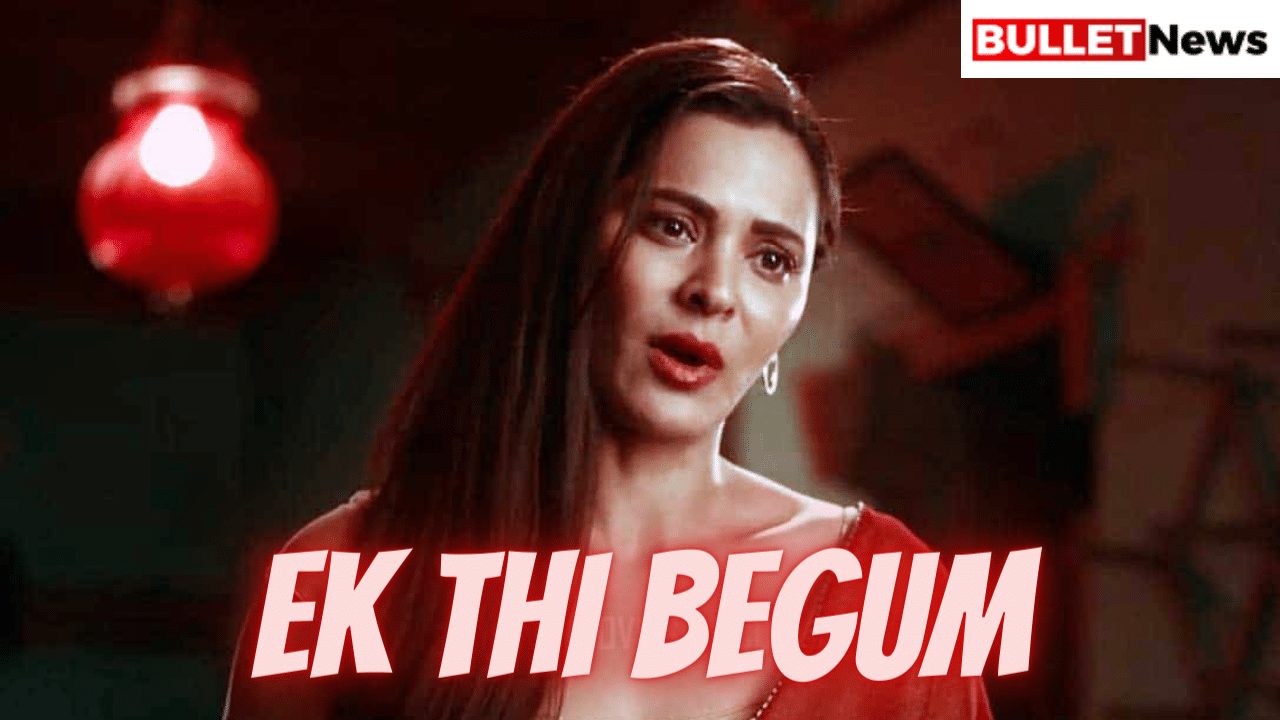 Ek Thi begum is a web series. It comes up with the real-life story of a beautiful lady named Ashraf Bhatkar. Anuja Sathe played the role of Ashraf Bhatkar. Ashraf is a lady born in Aurangabad and brought up in Mumbai. She’s married to Zaheer Bhatkar. Ankit Mohan played the role of Zaheer Bhatkar. Zaheer was once a trusted person of Maqsood, who is the most significant mafia. Maqsood used to operate a drug racket from Dubai to India and an underworld don as well.

Then there was some rivalry between Maqsood and Zaheer, which comes to a wrong end. Maqsood planned Zaheer’s murder and succeeded in the same. The airport police picked Zaheer, brought him to the vacant place, and killed him there.

Ashraf tried her level best to get justice for Zaheer, but she hadn’t succeeded.

The reason for her failure is that the persons who she fights are mafia and strong political leaders.

When she hasn’t got the justice, she decided to take revenge on Maqsood by destroying his illegal work. She used her charm as her key because she is beautiful enough to target anyone. She planned and preceded her strategies by being a police informer.

Ashraf became the police supporter and gave them as much information as possible. She’s then become the biggest threat for Maqsood. Ashraf even married Vikram Bhosle. Vikram was a police officer.

She collected most of the information against Maqsood and even prepared a file too. That file names the corrupted police officials, politicians, and the mafia’s along with the proofs. While Ashraf’s opponents again plotted a conspiracy to avoid their exposure. They planned to kill her and could not find the file that Ashraf prepared.

Ek Thi Begum Season one ends with great suspense untold. The season ended, showing a lousy attack over Ashraf. But the survival of Ashraf is still a possibility. It is based on actual events. And it would be excited for the audience to wait for its next season.

In this episode, Maqsood and Zaheer Bhatkar’s rivalry goes towards the worst. This happened when the Maqsood gang’s bold gangster Raghu Mhatre, brother of Nana Mhatre killed in a shootout. That shootout takes place with Zaheer.

This shootout rotates the lives of everyone around Zaheer include Ashraf. Ashraf is the wife of Zaheer. That way, a big rivalry starts.

Ashraf’s pregnancy enters the new happiness in Zaheer and Ashraf’s lives. But this celebration can’t sustain for long due to Nana Mhatre’s gang attack in the celebration. But Ashraf managed to survive in that attack with her baby. However, after so many changes Zaheer finally decided to drop the underworld.

However, Maqsood prepared a trap for Zaheer, while Nana Mhatre is planning to take revenge on Zaheer. Zaheer meets Maqsood in Dubai; meanwhile, Nana killed all his gang with dishonest police inspector Tawde. When Zaheer and Ashraf came back to India from Dubai, Zaheer was kidnapped from the airport. He gets kidnapped, but Ashraf left with no clue to help him.

The police inspector Tawde played a dirty game by Zaheer’s kidnapping. He had taken an immense amount from Nana Mhatre for killing Zaheer and, in contrast, demands money from Zaheer’s family for his safety.
However, Zaheer fights his level best to survive, but Nana Mhatre killed him mercilessly. Due to Zaheer’s death news, Ashraf has the most challenging time of her life and was shocked.

Ashraf was going through the wrong time of her life. Then also she decides to stand again and fight back against injustice. Anjali, a journalist, came to meet Ashraf. She asked her about everything.

Ashraf tells Anjali everything she has gone through. Even she told her the reality of inspector Tawde and Bhoir. Meanwhile, the inspector Tawde got to know about their meeting.

Ashraf stepped forward to have justice. She takes her first step by filing a case against the inspector Tawde and Nana Mhatre in court. But, Ashraf gets defeated in the court because of the connection between Nana Mhatre and corrupt politicians.

Still, Ashraf doesn’t accept her defeat. She decided to meet Maqsood’s enemy Chavan Bhai to collaborate. But, here also, she got disappointed as Chavan refuses to collaborate.

While things worsened for Ashraf when she got a miscarriage, she got hurt by herself as she could not stop anything. Ashraf started a different life and joined a dance bar as a dancer. As a dancer, Ashraf even get a new name as Sapna.

Sapna started targeting people. She made her first target as a sharpshooter from Nana Mhatre’s gang, Sawtya. Sawtya fires on Tandel (the close person of Chavan Bhai) to have sexual relaxation from Sapna.

Later, Sapna/Ashraf instigates Sawtya to start random firing over Tawde and Bhoir. This firing creates a new fight between Nana Mhatre’s gang and Tawde. Ashraf become happy to see this as her plan started working.

Moreover, now Ashraf is ready to take her first move. She killed Bhoir in the hospital. She creates a plan again and invites Sawtya into the hotel for sexual fun. Sawtya got in the trap. But he didn’t know that Ashraf is planning something and falls into the trap. Ashraf has planned something unpredictable thing. But this plan put Ashraf in danger as her plan didn’t execute properly and sent her in lousy condition.

Fortunately, Ashraf came out of the dangerous situation. Ashraf’s enemy Sawtya goes out of the game now. Ashraf faced Nana Mhatre for the first time. While Bala Mama, Chavan bhai’s close person, got to know about Sapna’s real identity. But Ashraf didn’t get upset about opening her identity and gives information to Nana Mhatre about Bala Mama. This helps Ashraf to go inside Nana’s group.

Nana Mhatre dislikes women, while Ashraf tried to attract Nana Mhatre. Finally, she succeeded in her task and seduced Nana. She started giving them information about Nana’s drug orders to the police sub-inspector Vikram Bhosle. Ashraf is not prepared to play something big.

Ashraf made another plan, but this time it’s about the home minister, Ganpatrao Kadam. She attracted him and gave the information about a big drug stock at his farmhouse to Vikram.

Then Vikram proceeds with the information and raid on the home minister’s farmhouse. He got drugs, and the union leader, Waman Joshi, killed the mill worker. Later, Vikram raids at Nana’s house. He gets a shock there when he saw Ashraf.

Vikram arrested Nana; meanwhile, Nana just understands that there is some connectivity between Sapna and Vikram. Nana activates Tawde to search for information about Sapna.

In the same manner, Chavan bhai tried to approach Sapna. Later, Vikram and Ashraf get married. Meanwhile, Nana came out of jail on bail and scarified Vikram to kill Sapna.

Ashraf is making a plan to kill Maqsood at Sharjah Stadium. He would go there to watch the India-Pakistan’s cricket match. At the same time, Tawde got to know Sapna’s true identity. Ashraf ruthlessly finishes him. She then calls Nana and Bhai on Sassoon’s docks, while Vikram reached there as well.

A significant encounter ensues between Nana, Bhai, and the police. Nana was injured brutally in the attack. In the end, unknown people brutally attack Ashraf at her house. She suffers between the edge of life and death.