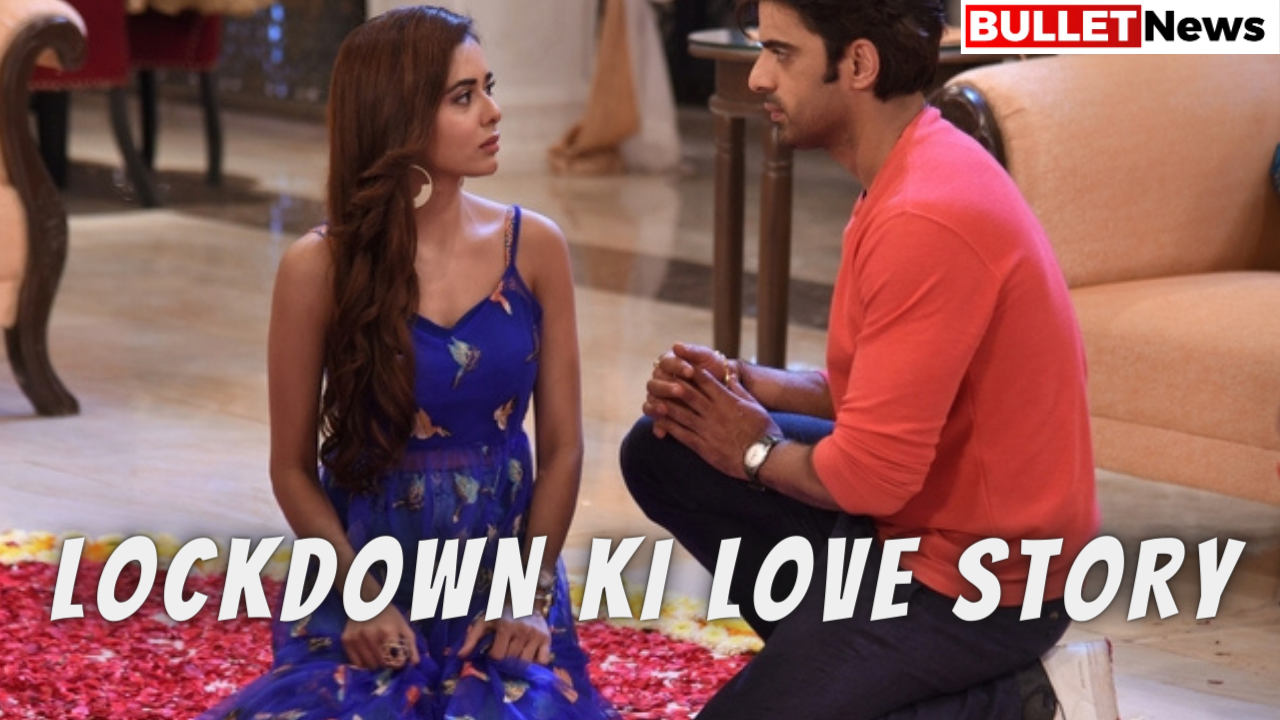 Lockdown ki love story is a fun-filled drama, romance, and entertainment series with a storyline based on the concept of people stuck in their homes during the lockdown.

The lead roles played by Mohit and Sana are currently in trend on social media by the hashtag #SoRuv.

The series is gaining popularity as the content is quite relatable to the majority of the viewers. The adorable chemistry between Dhruv and Sonam is a treat to watch, and the playful fights between the family members bring in the element of humor.

The series started on 31st august on star plus and Disney+Hotstar. Show timing is 11:00 PM, Monday to Friday. The lead cast includes Mohit Mallik (as Dhruv), Sana Sayyad (as Sonam), directed by PawanSahu, and Pavitra Kumar.

Speaking of their performance, both did a commendable job.

The story begins when Dhruv, a decent, gullible boy living in Bombay, decides to marry a bubbly, carefree girl Sonam who works in Bombay.

Sonam then plans to have a pre-wedding photoshoot in Allahbad, and they both end up in Mohit’s hometown, where they stay at his parent’s house.

During this visit, a pandemic happens, followed by the lockdown. The main story starts when both families’ views start clashing, and they do not agree to disagree. Due to such contrasting views, the members begin to fight on petty issues fun and create a humorous environment.

Sonam has a more modern way of thinking while Mohit’s mother has backward thinking, so she does not want to accept Sonam as her daughter in law and wants her son to marry her friend’s daughter milkily.

Milky and her mother devised a plan to create a misunderstanding between Dhruv and Sonam.

In between all the fights and plans, the couple has their romantic moments while cooking or maintaining the decorum in the house and solving conflicts between the two families.

It’s fun watching the issues that you faced during the lockdown. So if you want to pass your time after a long tiring day of work and refresh your mind, then this show is for you for now, until the writer starts stretching the story unnecessarily like all other daily soaps.