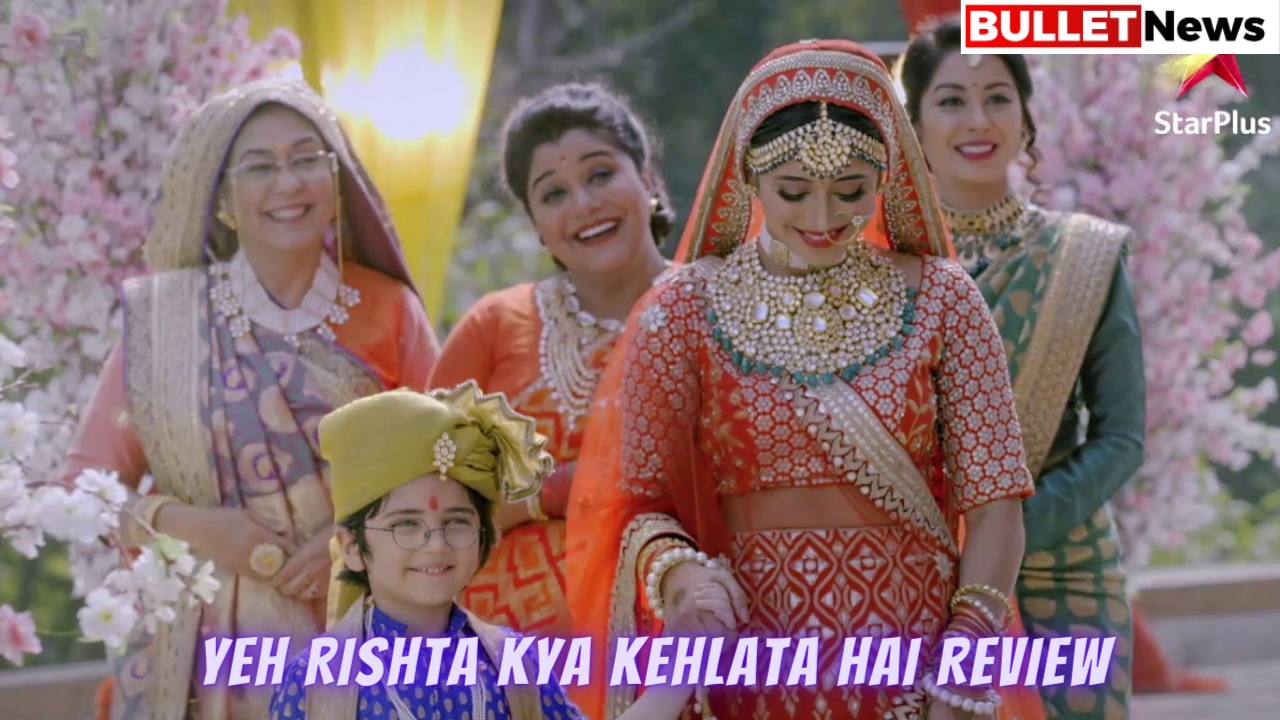 It is an Indian Drama Family serial which is running on Starplus for 11 years.

Yeh Rishta Kya Kehlata is a story of two married couples, Akshara and Naitik, which is being continued by her daughter Naira and son in law Kartik.

It is a love story of these two couples and families collaborating between their families and maintaining the balance between the family members and values of the relationship between the two. The serial is full of drama with many exciting twists and leaps of years.

It is the fourth longest-running television show in India.

The story of “Yeh rishta kya kehlata hai” starts with Akshara and Naitik belongs to two Marwari families from Udaipur. The two families fix the arranged marriage of Akshara and Naitik, and slowly the love between the two started, and they got happily married.

Akshara got to know that her elder brother Shauray and her best friend Varsha were in love, and later on, they also get married with the blessing of the families. As time passes, Akshara’s bond with the family was getting more robust, and soon she gave birth to her first child Naksh.

Twist came with the accident of Naitik and goes into a coma for four years. With many family and Akshara efforts, he recovers and then tries to build a strong relationship with his son.

Again, a twist came with Gayatri’s death (Naitiks mother) and her pregnant child Rashmi gave birth to a baby girl and named her Gayatri. Rajshekar (father of Naitik) remarriage to a divorced Divyani who has two children, Naman and Muskan.

With drama and issues in their children’s marriage, Akshara and Naitik gave birth to Naira’s baby girl.

With the death of daddaji, there comes a leap of some year, and a story of cape town began. Naitik and Akshara were living in cape town because Kaveri(bhabhi maa of all and daddajis wife) blames Akshara for daddajis death, so they left Udaipur a few years ago with their children.

When things get all right, Akshara and Naitik came back to Udaipur along with their family.

After some time, Naksh marriage gets scheduled, but latter it breaks down due to some reasons and again with the big twist Naira let her family due to misunderstanding and blaming her mother she went alone to Rishikesh with soo many years also passes with the new entry of new faces Naira and Kartik entered.

The story of the two began in Rishikesh. Both of them were living separately in Rishikesh due to misunderstandings with their family.

Now Akshara finds her daughter in Rishikesh and brings her back to Udaipur; on the other side, Kartik and Naira’s the love story began in Udaipur as Kartik started working with her family.

You may also read Anupama, 25th November 2020, Written Update: Rakhi tells everything to Shah’s family in an insulting way

And soon, their marriage got fixed, with the big upcoming twist of Akshara’s death. Kartik was held responsible for Akshara’s death, but soon they realized it was not his fault, and he got bailed, and Kartik and Naira’s story began with their grand marriage.

After their marriage, Naksh and Kirti (Katik’s sister) tie their knots together after Kirti’s divorce. Swarna (stepmother of Kartik) misunderstood Naira for his son’s death Shubham and Naira left the house.

Naira goes with some injuries in brain and brain clot surgery and gets re-marries to Kartik.

Later, both Kirti and Naira shared their pregnancy, but due to one incident, Naira lost her daughter, and Kartik hid this news from her and gave Kirti’s son to Naira and later when Kirti regains consciousness, she got to know that Krish is her son, not Naira’s. With the big drama, this issue got solved.

Again, Naira was pregnant, but Naira didn’t share her pregnancy with Kartik and left the house due to a misunderstanding. Kartik went into shock for so many years as all family members and himself believing that Naira is dead.

After years of leap Naira with her son, Kairav was living in Goa, but soon Kartik and Kairav contacted each other unaware of their relation.

Kartik came to Goa to meet Kairav, and Naira got to know about him, and she hides from him, but again, the big dramatic twist came with Kartik and Vedika’s marriage.

On the other side, Kairav was undergoing heart disease, and Kartik got to know about Kairav that he is his child and Naira is alive.

Soon Vedika realizes her mistake and divorces Kartik and left the house, and again Kartik , Naira gets united.

Later Gayu got pregnant with Samarth’s child on the other side; Naira and Manish (Kartik’s father) went together for some work and meet with an accident due to Chori.

Manish lost his memory became a child due to an accident, and Naira got blamed by Kartik for the same later, Chori came to their house and started living there.

Eventually, Chori is Kartik and Naira’s first daughter, who was shown dead earlier. Kartik soon realizes his mistake and forgive Naira. Naira is pregnant again. Later both the sisters share their pregnancy, and the rituals both took place with so many ups and downs and soon, Gayu gave birth to a son, and soon Naira also gave birth to a baby girl. Manish regains his memory.

Now the Naamkaran ceremony of the baby girl happened. The name of Naira and Kartik’s daughter is AKSHARA. Naira got a vision of her mother Akshara on which she named her daughter Akshara, and from here, the new story of children’s began.

Kartik , Naira named Chori as Krishna. Kartik and Naira adopted the Chori, but Kairav is not ready to share his parents with outsiders. And the drama is running with the same issues and twists. Keep watching the show only on Starplus and Disney + Hotstar.