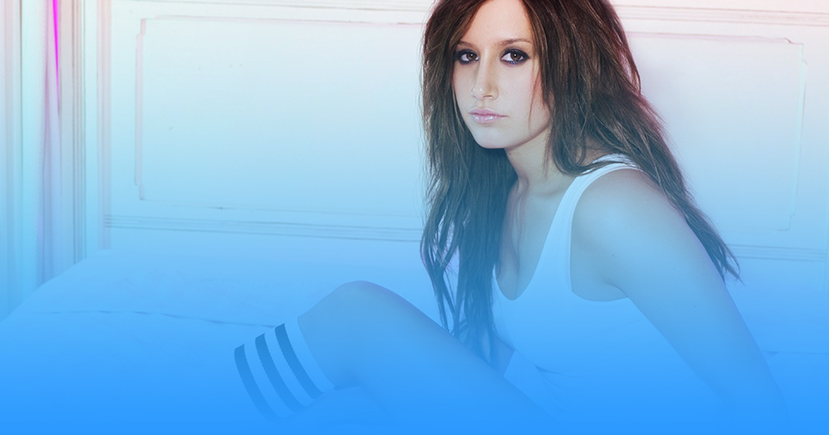 Ashley Tisdale explores her anxiety and depression and compiles an album, Symptoms. The album’s songs bases on her exploration and her symptoms that she suffers due to mental health problems.

According to a WHO report, around 450 million people currently suffer from mental or neurological conditions. “One in four people in the world will be affected by such conditions at some point in their lives”, says WHO.

“I’ve always had anxiety, my whole life. I wasn’t vocal about it.”, says Ashley. The CEO of Illuminate Cosmetics, actress, a film producer and singer is entertaining people from the age of three. But despite the fame and success, she was facing anxiety and depression and was going through mental problems.

Since #SYMPTOMS was released, I feel the chains breaking. I feel like I can breathe. I feel like for the first time I can finally be me. No more self doubt, no more fear, no more shame of what I struggle with.I feel proud, I feel purpose and I feel empowered. pic.twitter.com/gxcDC4e6k6

“We all are battling something. Every single one of us. No one is perfect, even though Instagram makes it look perfect”, she adds. She realizes her anxiety when she read a book about being in present. Then she started analysing her illness and started working upon the weakness. She even used a self-guided treatment program, Attacking Anxiety & Depression Program.

“Sometimes when we have this fear, no matter what the experience was before, we’ll stop ourselves from doing something that could be great. Personally, I just had a fear of doing another album again. I wanted to so badly and wanted to be back in music”, she thanks the program with these words.

She further says, “while I have only had depressive feelings at a low level and can’t speak for everyone — I have never taken medication for depression, for example — I want people to know it’s OK. You can get through a depressive episode, and you shouldn’t be ashamed. Don’t be scared to talk about it with friends and family; once we stop giving power to the word depression, we can lift the judgment around it.”

Having a blonde moment.. kinda miss this hair color ??‍♀️ should I??

In her album, Symptoms from the first till the last track it symbolises how she works through the creative process and how she faces her anxiety and depression. The album shows her celebrating her journey through those feelings.

For anyone who has dealt with mental illness raise your hand ?? and know that you are not alone and NEVER let those feelings hold you back. #Symptoms is what helped me through my journey and now I’m excited to share it with you and hope that you find comfort that we are all human and we can get through it together. @symptoms is finally OUT IN THE WORLD!! Link in bio!!

She further says, “I still have good days and bad days, but I think it’s important to realize a bad day is just one bad day. I wake up every morning as if I’ve pressed a reset button, knowing each day is a new opportunity — what bothered me yesterday won’t bother me today.”

I love this (@wildestlovers). I felt like it was a sign scrolling through my ig lol. This week I’ve had a set back in grieving, I felt like I was doing so much better but then it catches up to you and I’m balling my eyes out. I miss you Maui, I miss saying your name all the time. My heart hurts today but hopefully in time it will get better.

“Depression and anxiety disorders are different, but people with depression often experience symptoms similar to those of an anxiety disorder, such as nervousness, irritability, and problems sleeping and concentrating. But each disorder has its own causes and its own emotional and behavioral symptoms”, explains Anxiety and Depression Association of America.

It is important to analyse and admit that we are facing such emotions and then we can try to get out of it. We should not hesitate to take the help of our friends, family members or our doctors. We can even start therapies to feel comfortable and can talk about our feelings honestly.

Maintain a healthy lifestyle to have healthy mind.

“Mental health is not just the absence of mental disorder. It is defined as a state of well-being in which every individual realizes his or her potential, can cope with the normal stress of life, can work productively and fruitfully, and can make a contribution to her or his community.”–WHO.