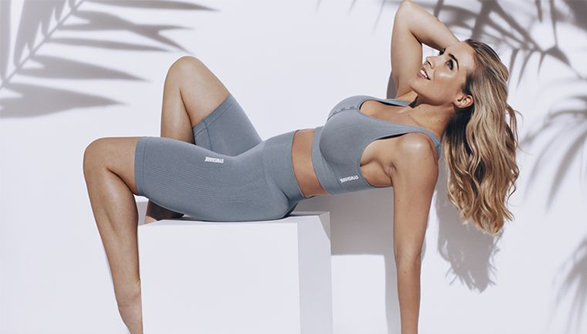 Women’s Health April cover star, drive-time DJ, and former strictly-star fitness fanatic Gemma Atkinson shares how her life has changed following the birth of her daughter. The former Emmerdale star became the mother in June last year. And Gemma truthfully admits that her ‘body doesn’t look like it did before’ in the April issue of Women’s Health.

The largest change Atkinson notices was the fact she now has ‘a bit of a waist’. In comparison to her previously ‘straight up and down’ physique. ‘I reckon I’m about 3% Jennifer Lopez now,’ she jokes.

However, the former star also experiences C-section pain. Says cesarean completely floored’ her. And she couldn’t brush her hair as the cesarean went through ‘seven layers of fat, tissue, and muscle.’

Coming back to exercise following the op was something that had to be done with great consideration, and was something Atkinson took extremely seriously.

‘It takes a long time to get better,’ she says. ‘For me, it wasn’t sensible to start exercising until around 15 weeks after Mia was born. Before I would strength train with Evil Steve [Chambers – her PT at Ultimate Performance Manchester] twice-a-week, but I’ve only actually made it to see him three times in the past six months.’

Cannot wait to do the @womenshealthuk live again this year! I’ll be there answering all your questions on the main stage about wellness, training and motherhood and this time I’m bringing @gorka_marquez along with me to put you through your paces in the sweat studio with our workout ??‍♀️ If you fancy joining us it’s at Business Design Centre, London, on 3rd-5th April. For discount on tickets use my code GEMMA10 #WHLive ??‍♀️??

Her changing schedule is another element of mum-hood. Atkinson’s had to take in her stride, noting that now she’s a mum. ‘I can’t really plan anything – I just go hour-by-hour.’

The star says sweetly that due to her busy schedule, her partner Gorka has built her a gym in their house. As he knows how much fitness ‘means to her’.

She reveals: ‘Gorka know how much my fitness means to me, so he built a gym in our house. A big part of the battle for many people is getting to the gym in the first place. So knowing it’s only two seconds away makes it a lot easier.’

Talking about how important exercise is to her, the star admits that it gives her ‘more enthusiasm and patience’ for her daughter Mia.

For the Women’s Health cover, Gemma looks incredible in a collection of different gym gear. She shows off her washboard abs and toned figure.

The news is out: @glouiseatkinson is our April cover star! We're so thrilled to have Gemma and her brilliant attitude towards health and fitness taking centre stage in our latest issue. "My body doesn’t look like it did before. It’s changed after having a baby, but that made me more determined to do [the shoot] – my body is not better or worse, just different. Maybe it’s important to show that to other women?" Hit the LINK IN BIO to read why Gemma reckons she's at least 3% JLo ? _ Workout with Gemma at Women’s Heath Live (3-5 April)- use GEMMA10 for 10% off general access tickets. hearstlive.co.uk/womenshealth/