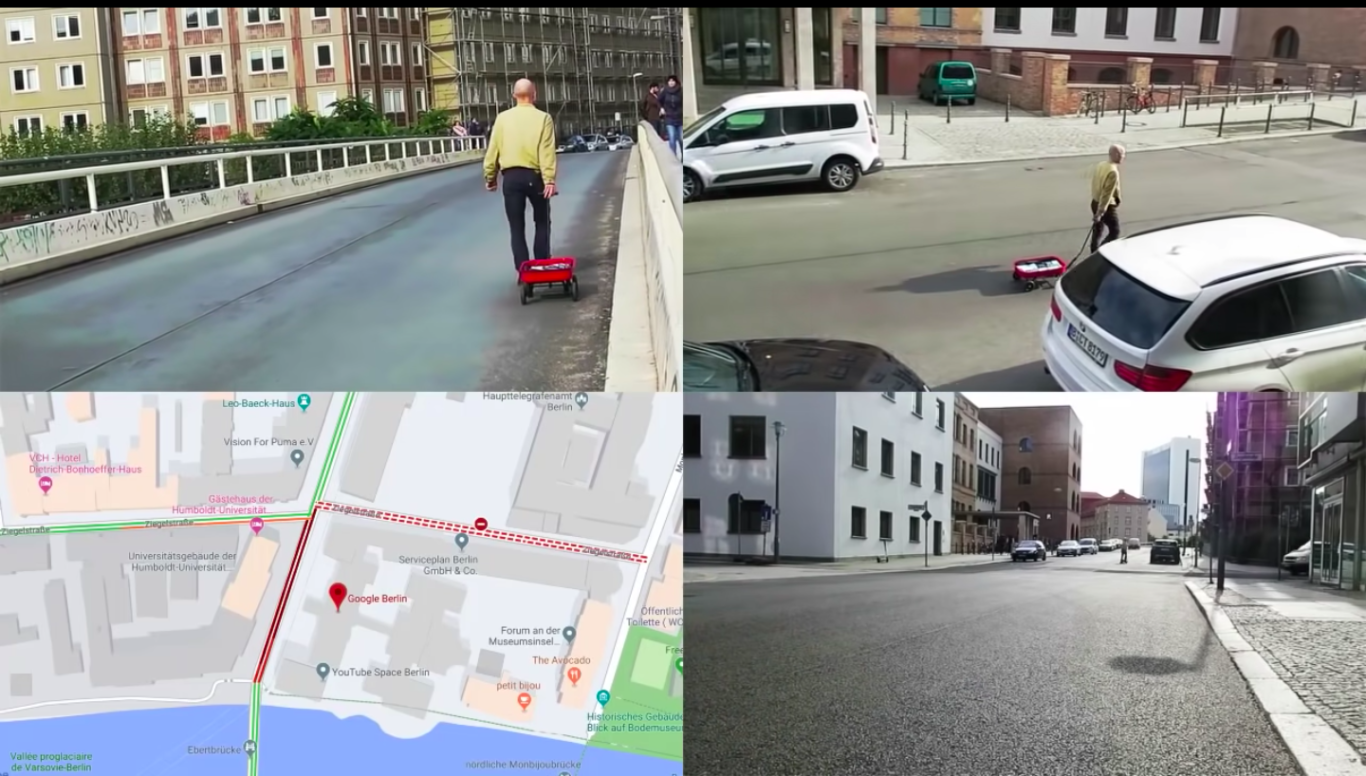 A Berlin artist named Simon Weckert says he faked a major traffic jam in the German Capital by hacking Google maps’ display. Artist does this to show concern over the flaws of Google’s navigation service. He publishes a video online showing him wheeling a red wagon on the Berlin road. In the handcart, there are 99 smartphones. Some of them are second hand and borrowed ones.

As a result of this google map starts showing fake traffic jam by turning green signals to red color signals. This serves an influence on physical traffic by navigating cars on another route.

In an interview with the German newspaper, the Berlin artist says how he creates virtual traffic. He explains that he uses borrowed smartphones that have their own SIM card with google map navigation and a hand cart.

In the whole experiment, he observes that if he stops wheeling the wagon, Google Maps isn’t showing any change. Therefore it always requires movement. Interestingly if a car passes the same street using google maps, it is showing no traffic jams. And setting the street back to normal. The Berlin artist also added that he got this idea from Google Map reaction toward crowds of people in Hong Kong protest and also during a demonstration in Berlin. He also observes that there is rarely anyone who is using Google Maps actively.

Google reacts to the situation by saying that they have become smart enough to distinguish between cars and bikes but not for ” Cracked traveling by Wagon”.

So How Google Map Recognizes Traffic?

Google Map hack also raises the questions on how this navigation app track and respond to the saved data from the users. It is a web mapping service offering basic street maps, area maps, satellite imagery and hybrid view which is a combination of the street maps and satellite images and real-time traffic conditions. Google organizes data with a partner company named Tele Atlas.

Google Navigation app collects the data from various resources such as

You can also call on their customer service team to understand how Google Maps works.