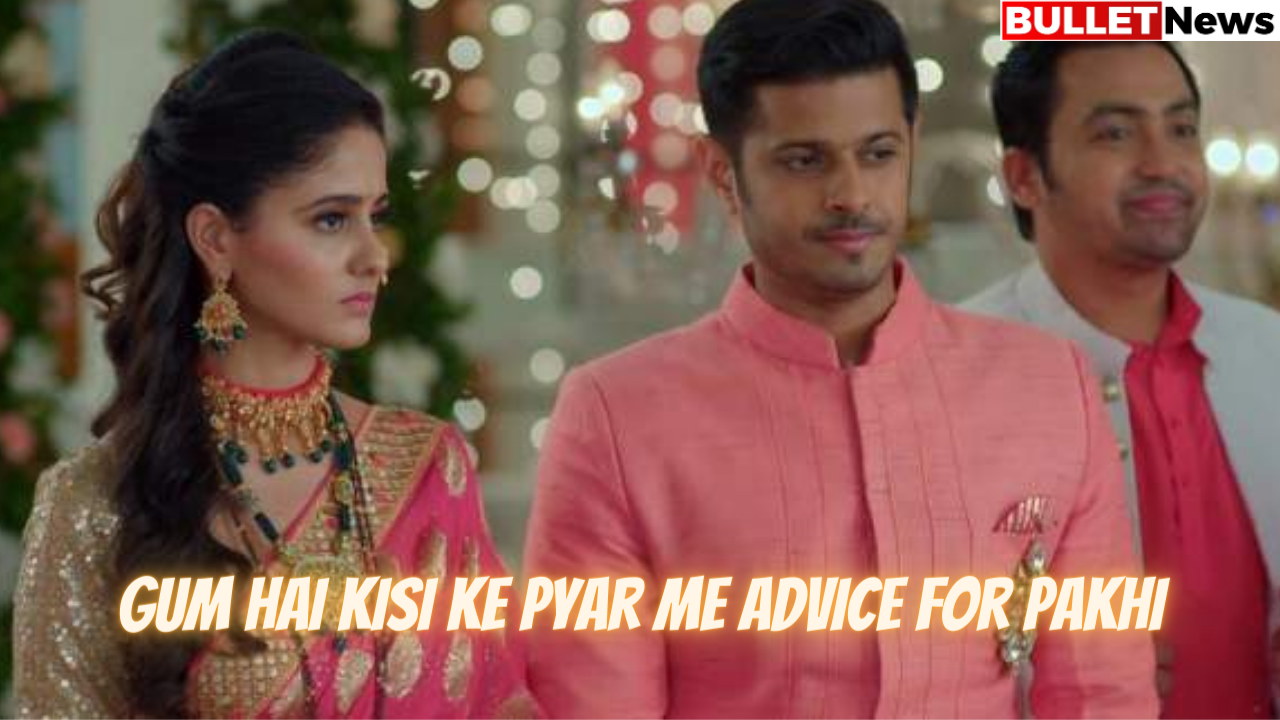 Pakhi goes to Virat’s room and asks if he’s been calling her. He replied, yes. She says that his mother has a problem when I talk to you, so he should take his mother’s permission before conversing with her. Virat says there’s nothing like that, and he says he wants some favor. As a friend, she says she can do something for him as a friend.

He’s asking Sayi to get ready for the event tonight. Sayi says she can get herself ready, and she doesn’t need anyone’s help. Pakhi says Sayi is right, man. Virat says that he wants Sayi to learn from Pakhi’s experience because one can’t learn from his own experience.

Sayi says that he should understand what a girl thinks that her father died and that she was firmly married to a man she didn’t like. He says they should talk about it later, not in front of the others. She says that Pakhi knew everything he had already told her, and last night she heard them talking on the terrace.

Pakhi says it’s unfair to hear their conversation and friends talk to each other about their problems. Sayi says she’s not interested in their talk; she’s feeling suffocated in the room, so she came to the terrace and heard their conversation.

Virat says that even if she’s following this wedding without his wish, she should understand the situation and let Pakhi get ready for tonight’s work. He’s walking backward. Pakhi asks her not to question the way she is on her side.

Sayi says that her wedding is just a contract, and she’s already told Virat that she’ll leave him once her education is done, so Pakhi can get her ready for the job right now.

Pakhi says that jodis is made in heaven and that she was destined to marry Sayi, so she shouldn’t think it’s a contract. Sayi says that she knows well about her.

Pakhi says she’s a married woman whose husband is missing, so Sayi shouldn’t say anything wrong that will hurt her. Sayi says she can’t hide the fact that Virat is more than a friend of Pakhi’s, knows about their relationship, and has no problem with it.

Pakhi lowers his bangles tensed. Sayi demands that she be prepared the way she wants now.

Ashwini takes charge of the arrangements and scolds the decorator to decorate the flowers soon. She grabs sunny munching jamoons and asks him to take care of the guests first. He says he’s testing whether it’s successful or not. Then she sees Krishna, and Mohit asks them to go and welcome the guests.

Mohit says that Ashwini has made such a right arrangement, but no one has performed any function after their wedding. Karishma says that the family distinguishes between him and Virat because he’s just a struggling actor, and Virat is a decorated IPS officer.

He wonders whether she’s praising or insulting him. She’s saying praise. Saloni comes in with Omkar and praises the decoration. Karishma says that Sayi is fortunate enough to have Ashwini as a MIL; not everybody as lucky as she is. Saloni wonders if she’s going to taunt her. Karishma says she’s dreaming about Pakhi, her husband’s absence, and her MIL’s not worried about her.

Virat hears their conversation and walks to Mansi’s place, where she’s crying, looking at Virat’s picture. Mansi wonders how he’s going to celebrate his wedding when Samrat is absent. Virat is consoling her. Sayi is walking with the girls to the venue. Ashwini praises her beauty and uses kajal behind her ear to fend off the evil eyes/Nazar. Sayi is doing the same.

Ashwini says she’s been feeling special since Sayi entered her life. Sayi says that she’s unique. Badi maa is entering and beginning her drama, says the guests have already begun to arrive.

Pakhi’s parents are joining. Pakhi runs and emotionally embraces them. They’re wondering if she’s all right. Shailesh says Samrat’s going to return home, and she’s not expected to get sad.

Vaishali states that the trouble is missing and that another brother has married without telling the family and is celebrating. Shailesh is telling her not to talk ill. Virat consoles Sayi that Samrat will return home soon and be all right; he doesn’t weep because he knows that his brother is fine, how Samrat would feel when he returns home and discovers that his mother didn’t take part in his brother’s job at least for Samrat and Ashwini’s sake.

Mansi agrees with that. Shailesh suggests to Pakhi that Virat has moved on, so he’s married to Sayi and celebrates high; nobody’s waiting for anyone, she’s hoping Samrat will return soon, Virat and Sayi will be made for each other.

Sayi is waiting for Virat. Ashwini asks him to be careful. Virat is entering. Ashwini says he’s here, and he’s coming to attend the guests. Virat is walking to Sunny. Sunny says he looks pretty. Virat is asking about Sayi. Sayi goes to them, followed by Ashwini, who says they both look pretty and asks Sayi to remember her advice.

Virat is wondering what it is. Shanti says that Ashwini Bhabhi asked Sayi to stay calm. Sayi asks Virat if he feels she’s short-tempered. He says that even his mother knows, and he asks her to prove them wrong by remaining calm.

Precap: Bhavani screams at Sayi that her father did not teach her good morals.

Sayi says that if Ashwini and other family members don’t have any issues with her, then why she’s still upset.

Bhavani blames Ashwini for that. Ashwini says they’re going to reap what they’re sowing. Bhavani walks away, shouting that she can’t bear her insult and leaving this home.