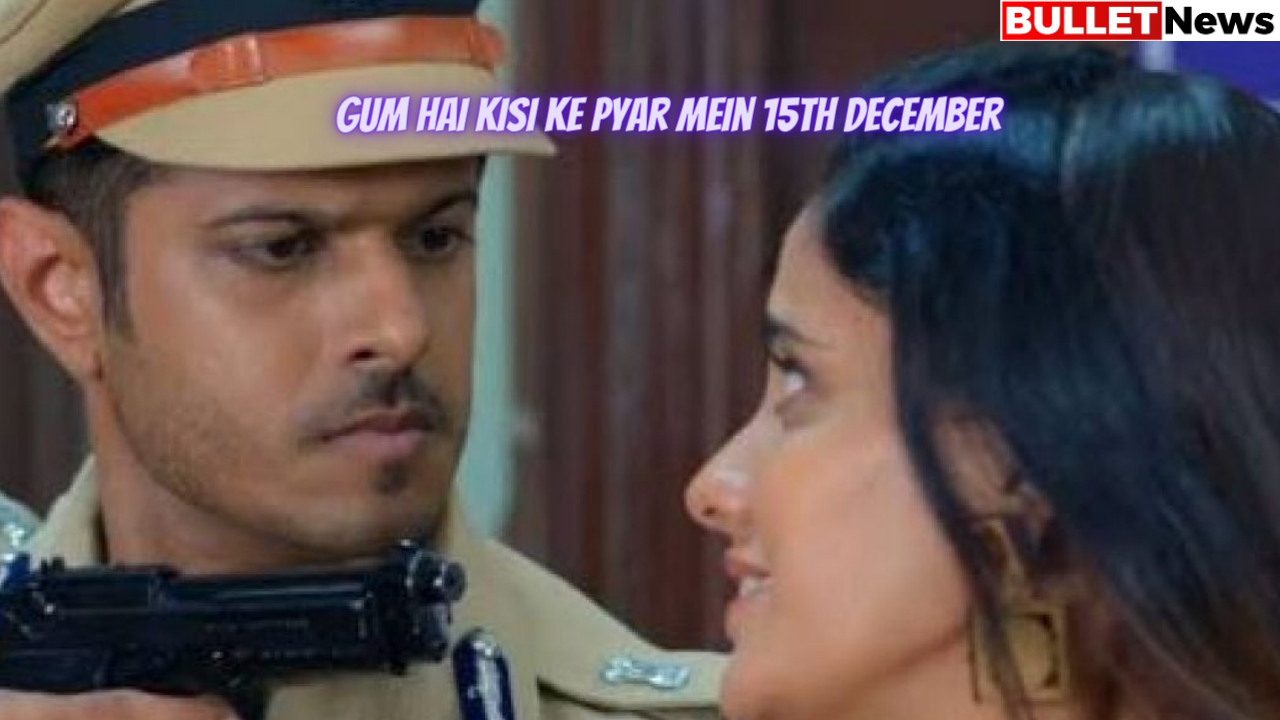 Sayi marches out of Chavan Mansion angrily. Usha stops her. She asks her what happened. Usha says she didn’t get what happened inside. Sayi tells her who they are to stop her. If it’s possible, please tell them where we are going. Sayi says, yes. Usha claims they’re not her friends of Gadchiroli.

They are their in-laws. Sayi wonders, shouldn’t the elders be so gross if the family acts like this. Usha says they are worried about her because we’re strangers in that place. This is her house after marrying Virat.

Usha insists that she should tell her attorneys where she is going. Sayi says that she won’t argue and continues with the cab and leaves off. Ashwini comes back from the temple to see Sayi calling her, but in vain.

Pakhi takes tea for the Virat and says that she felt really bad about how Sayi ignored and insulted the family, particularly those who helped her battle her family. Virat says he doesn’t know why Sayi declined to tell her.

Pakhi says he meets all of its requests, and that is because, in the future, it would be difficult for him and his family if he did not stop playing with all her demands, and you should leave her. Virat looks at her. She says that she’s going to tell right now and reflect on how he is innocent.

Sayi reached the office of the Police Headquarter. Usha’s curious why she’s coming here. Sayi said she would meet Virat’s boss and let him know how she is wrong with the Virat family. Usha wonders if she creates any scene.

Sayi is pulling her in. The family is still surprised at Chavan’s mansion to see the behavior of Sayi. It’s new Bahu’s courtesy, Saloni remarks.

Omkar asks her to relax, or the tigress will assault her. Bhavani says each smart individual is at her house, and Virat married an uncultivated and ruddy girl. Ashwini enters and asks Bhavani that if she scolds her, why has Sayi gone out angrily.

Saloni asks her to learn what her Bahu did before she alleged that she was Vahini. Ashwini wonders why Sayi’s going to do so. Sayi forgot that she was now a bahu of the Chavan family and had no idea that she didn’t even think to tell the elders, and then she should go out with the maid.

Bhavani said that Virat had married an uncultivated and gross girl, and they are suffering because of that. Ashwini says that Sayi has a fantastic job to do. Pakhi says she ought to have seen Sayi always behaved badly to elders.

Ashwini says some incomprehension has been made. She says Bhavani taunts the Bahu of other ones and protects her Bahu. Ashwini asks if she refers to Pakhi, but not unnecessarily taunt Pakhi. Ninad screams at her before she argues with Vahini.

Omkar says that Sayi does not respect or esteem the tradition of elders. Sayi’s mouthed bad, Ashwini says, but she’s not bad. Bhavani claims she destroys the life of her son herself. Ninad screams Virat, and Ashwini cannot always offend Bhavani and Pakhi.

Everyone in this house always praises Pakhi and insults Sayi because they are both hellbound to prove Pakhi right and Sayi wrong.

Again, Bhavani warns her to stop helping Sayi, hides her errors, and wonders if she knows where Sayi has been going. Aswini replies, no. Saloni says her Bahu Karishma never leaves home without permission.

Sunny walks in and sees Pakhi asking if something happened. Karishma records, without telling anyone that Sayi left home. How does she go like this, Sunny asks.

Karishma asks whether Sayi went to the police station to complain about Virat when she last night saw Sayi’s sleeping in Usha’s room.

Sayi enters the DIG office and asks a constable to visit DIG. Officer informs DIG that without an appointment, she cannot meet. She asks him to tell the DIG that Sayi Joshi will meet her, who stood first in the 12th examination in all of Maharastra. Constable enters back and says that DIG will be free for a couple of minutes.

Sayi enters. He says he knows her because even the 12th exam was completed by his daughter this year and asks why she married at such a very young age. She says he knew her husband because of unprepared circumstances and recently moved to Nagpur.

You may also read Gum Hai Kisi Ke Pyar Me: Advice For Pakhi

He’s curious who he is. ACP Virat Chavan says it. And why did she come here? He says she’s the one. She told me that Virat was innocent and had to marry her because of the villagers’ pressure and to protect her. She said she was there.

He asks Vithal why he complained against Virat.

She says he was trying to marry his son with her, and she tells her story, how even Jagtap killed Kamal Joshi, her father, who was inspector, and how Virat saved her. He wonders if she’s not afraid to come to DIG and tell the truth.

She said she thought to prove that Virat is innocent who married her, keeping her father’s vow. Virat comes in and reminds DIG at noon about the meeting. DIG asks him to wait and gives

Sayi his phone number if she needs his assistance. She’s grateful for it. Virat listens to Sayi’s voice. DIG calls him in. Virat wonders what Sayi does here. DIG tells Sayi to go.

Returning home, Sayi’s family is eagerly waiting for her. Bhavani is telling someone to call Sayi. She calls Karishma, but Sayi’s phone rings in her room. Sunny comes back and tells Bhavani that he could not find Sayi. Bhavani is urging Ashwini to say where she was, Bahu. Ashwini says that Sayi is a good girl, and she prays for protection even now.

Precap: Pakhi is jealous of seeing Sayi with Virat. Virat says he wants to talk to Sayi about something important. Sayi wonders what issue she has, when a husband talks to his wife, she interferes with them when her husband is absent, and she is looking at the husband of someone else.