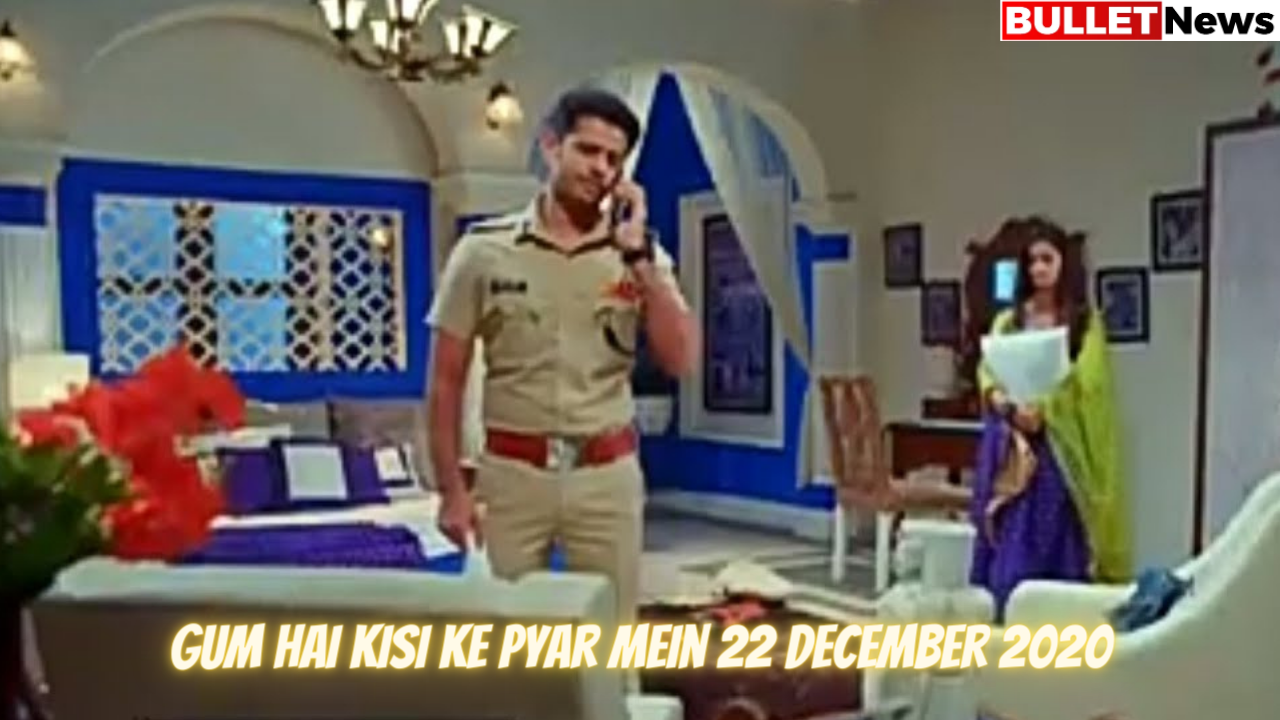 Ninad sees Bhavani in rage and tells her not to burn her blood for minor problems unnecessarily. Bhavani says Virat has been helping and ignoring Sayi. Ninad asked what they should do. She said Pakhi left home because of Sayi.

Pakhi needs to come back home at all costs, as Pakhi will get all the money and pensions amount of Samrat. And, Pakhi is beautiful, well qualified, and better than Sayi.

So Sayi would be under control if Pakhi stays there. Sayi says that Pakhi has left because of her. She called Pakhi and asked her to come home, forgetting the wrongdoing of Sayi.

On the other hand, Virat goes back to his room, sees Sayi gathering and walking out with her pillow, and asks her where she is going. Sayi says it’s none of your business.

He’s saying he asked her already. She tells us that she is going to the Usha room and will sleep there. From here, as last time, he shouldn’t come to take her back. He says that in Usha Mausi’s room, there is a lizard.

And if the snake arrives, she says she doesn’t mind. He wonders what she’s having trouble with, why didn’t she know where she has headed. Sayi’s adamancy persists. Pakhi calls him. He walks aside and receives the call.

She asks why Sayi was sent to her house to take her back to the House of Chavan. He says he didn’t know that Sayi has gone there, and he says he knows that Sayi behaved severely with her, but other family members love her a lot, so please come back for their sake.

Pakhi says, why should she return? If there is no respect in the relationships, it’s always easy to break relationships and challenging to make one. He says he came there to explain the same thing and requests again to come back home.

She says she will, and if someone insults her, she will go back again. He assures Sayi isn’t going to misbehave with her again. She says she’s looking at him in a rush to disconnect the call as Sayi must be waiting for him.

The next morning, Pakhi will return to Chavan House with Shailesh. Bhavani is pleased to see her and asks Karishma to call Mansi because she would be delighted to see Pakhi back. Bhavani thanks Shailesh for having taken Pakhi home back and apologizes for the wrongdoing of Sayi.

As a father, Shailesh says he is worried about Pakhi, but he can not tolerate Sayi’s misconduct with Pakhi again. Ninad vows that if she misbehaves with Pakhi again, he will throw Sayi out of the house. With Shivani, Mansi steps in and is relieved to see Pakhi. Ninad again screams at Sayi. Ashwini asks Sayi to go to her room. Sayi asks for the reason.

Pakhi asks Ashwini to allow Sayi to stay. Shivani asks Pakhi why she wants to stay now if she has always hated Sayi. Bhavani shouts at Shivani and Pakhi as she returns home after facing a lot of trouble.

She says she can’t see one Bahu behind lounged and insulted others simply because Pakhi has parents; Sayi’s an orphan. Ashwini supports her. It backs her. In Shivani’s view, Bhavani screams. That’s why Pakhi told Shailesh she didn’t want to come again. Shailesh says that she doesn’t know how she’s going to stay.

Bhavani makes sure that Pakhi is like her own daughter and she will be taking care of Pakhi. Shivani raises a question about Samrat’s pension and other money because Pakhi will get the money.

Bhavani screams at her language, and she claims that she has a lot of funds and feeds her so much that Samrat doesn’t have a pension or money to pay. Pakhi says they don’t need the money, and they’re going to give it to Bhavani.

Sayi asks both of them to stop and asks Bhavani to prepare tea or coffee. As Shailesh has been coming, Sayi asks what he would like. He says he’s about to go. Sayi asked her to wait five minutes as she prepared everybody’s tea and goes to the kitchen, with Ashwini holding her hand.

Pakhi comes back to her room, where Karishma reports that Sayi goes outside again without telling anyone. She had created a drama again, when even Virat asked, she didn’t reply, so Virat became angry and even threatened her with the stick. Pakhi learns that Sayi told the truth that without notifying anyone, she came to her.

Precap: Bhavani doesn’t find Virat at breakfast and asks Pakhi if he’s all right. Ashwini says they should ask the wife about the condition of the husband. Virat goes down, and Bhavani asks if he’s okay. Virat says he’s all right and has a day off.