Indian television will soon be having a new sitcom to watch. And the name of the show is Hamari Wali Good News. Last year you might have seen Good News starring Akshay Kumar, Diljit Dosanjh, Kareena Kapoor and Priti. So you might have got the idea what this sitcom will have in store for you. If you wish to know more about the show, its release date, the cast plot and I want to watch the trailer, please stick with us till the end. 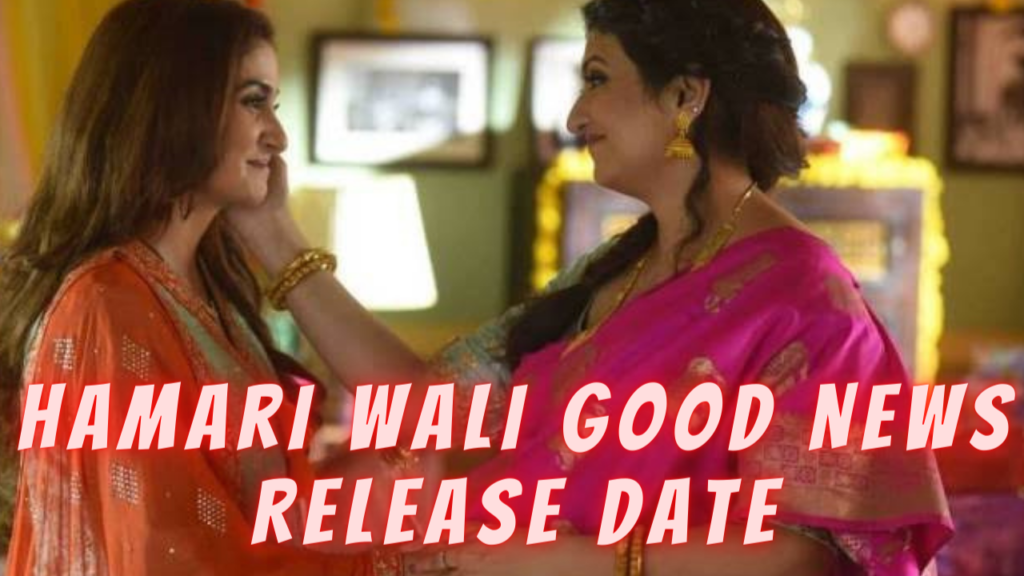 The show is just five days away to be premier on your screens. Yes, you read that right 20 October 2020 is the release date for this upcoming drama on Indian television screens. So get ready, for a brand new and an exciting show. That will air from Monday to Saturday 7:30 PM on ZeeTV.

Title of the show is Hamari Wali Good News, and Mautik Tolia is directing this show. Meanwhile, producer Sukesh Motwani is producing this show under the banner of Bodhi Tree Multimedia Production House. At the same time, the channel on which the show will be aired on Zee TV. Moreover, the running time of each episode will be 20-25 Minutes. Furthermore, the show will telecast from Monday to Saturday at 7:30 PM, and as for the case of repeat telecasts, that data is not available yet.

Hamari Wali Good News is a Hindi drama serial, which you can say is a sequel to Good News. The primary plotline of the show is quite similar to that of the movie starring Akshay Kumar and Kareena Kapoor along with Diljit Dosanjh and Kiara Advani. Yes, you read this right too. Moreover, this show depicts the sweet and sour relationship between the daughter-in-law of the Tiwari family Kavya and her mother-in-law, Renuka. The show is set in Agra, and the climax of the show enhances the beauty of the mother and daughter in law’s relationship. As Kavya learns that she cannot become a mother, Renuka decides to bear her children for her.

What happens next, to uncover that mystery we don’t have to wait that long as the show is about to release soon enough. Matter of fact is that it is less than a week now. So hold your horses and let see where this road takes Kavya and the Tiwari family.

Meanwhile, you will also see Nitin Mishra, Kiran Sharma, and Anushka Srivastava playing the roles of pivotal characters in the show.

You can check the trailer of Hamari Wali Good News down below.

Moreover, do not forget to share your views about the show with us. For doing the same, you can leave your thoughts through our comment section down below. Stay Safe.!!