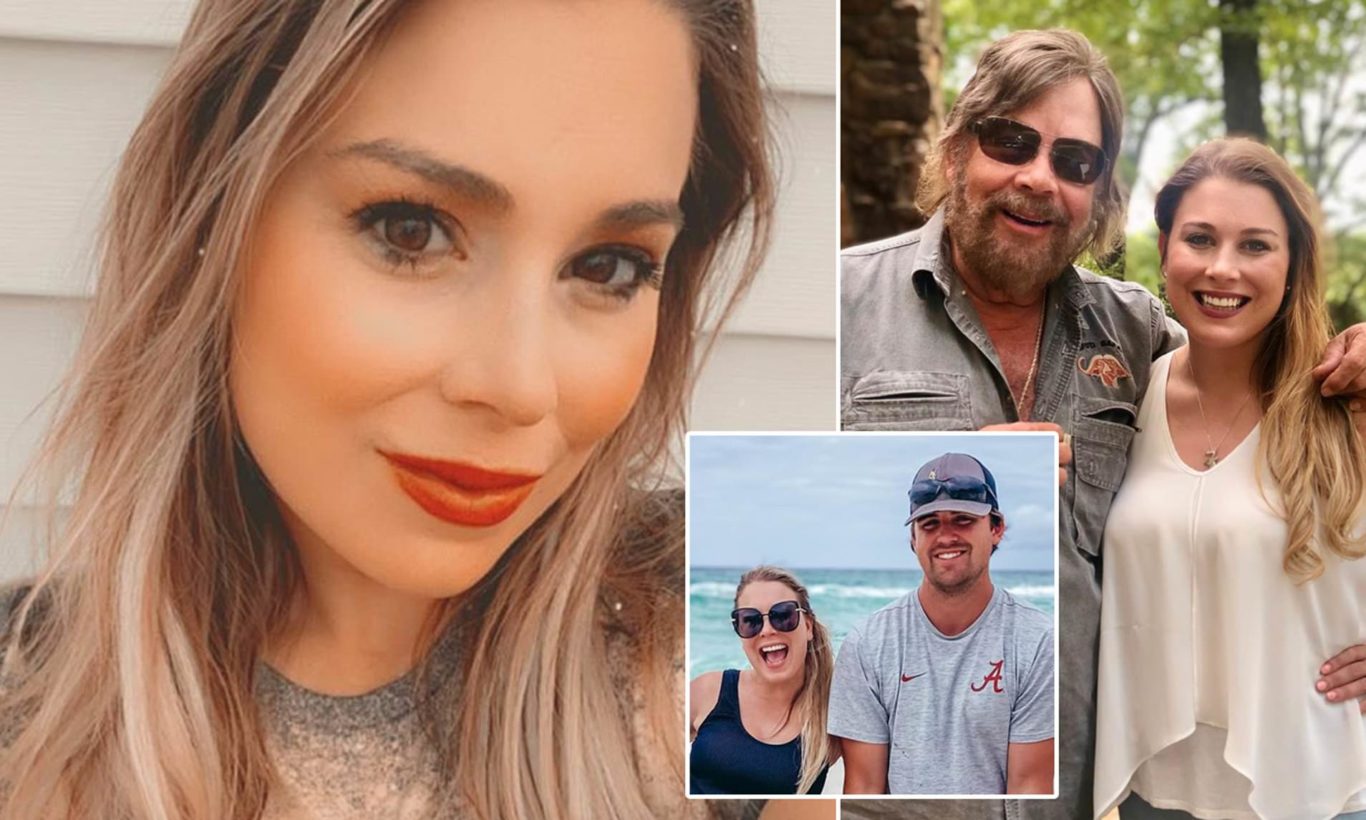 The daughter of country singer Hank Williams Jr. killed in a car crash on Saturday night. While driving with her husband in Tennessee. Katherine Williams Dunning, the youngest daughter of Williams Jr. was driving a Chevy Tahoe along Highway in Henry County. People reports that Katherine’s SUV suddenly crossed the center median and rolled over. Before it ultimately came to a stop at the shoulder. 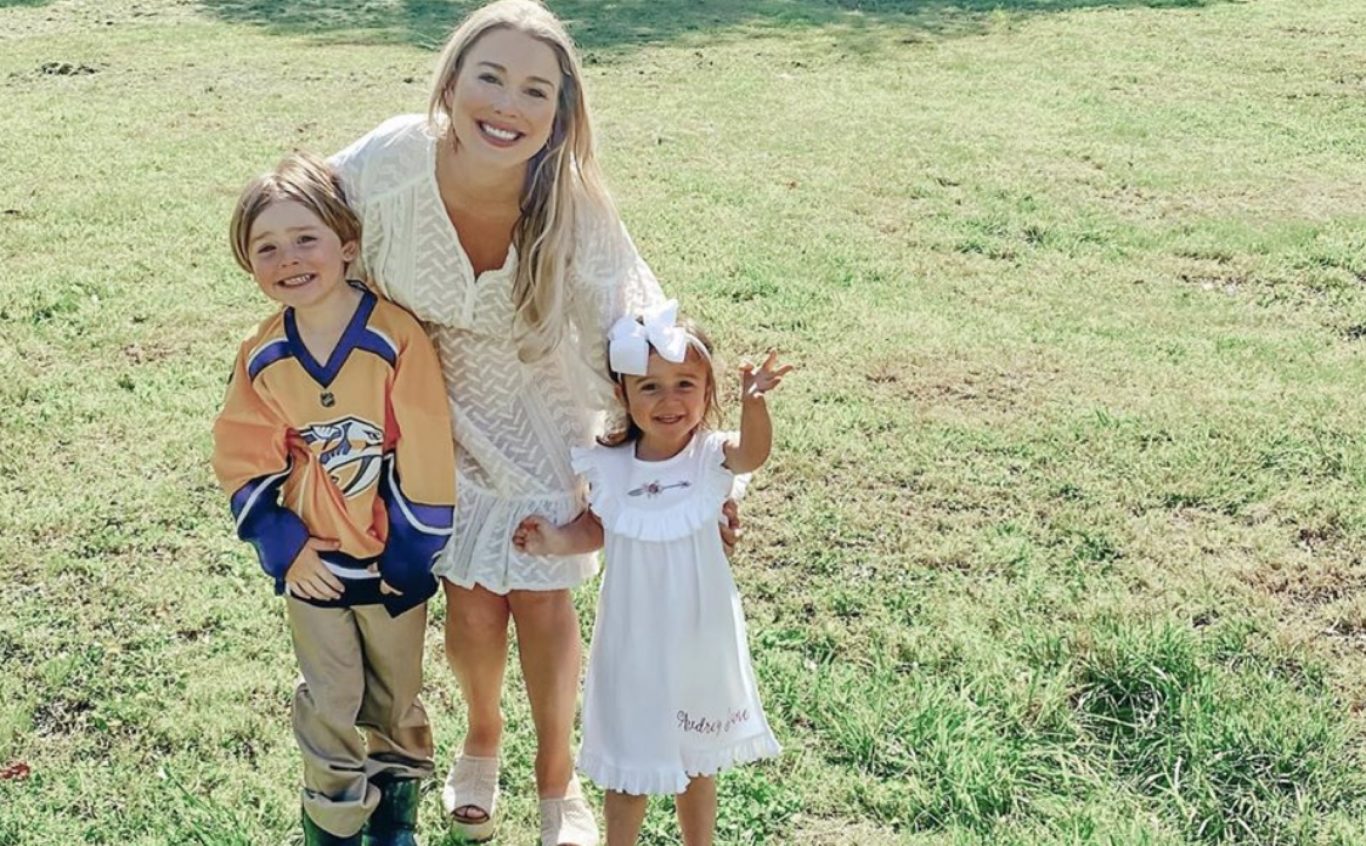 The vehicle, which was towing a boat, drove across the northbound lanes around 7:45 pm. Katherine died shortly after the crash and her husband Tyler. Dunning airlifted to Vanderbilt University Medical Center. He is currently in hospital and the extent of his injuries has not disclosed. A family member said he is alive and responsive. There were no other cars in the crash.
A spokesman said, “This is an active investigation and more details will make available later”. Katherine is the daughter of Williams Jr. and his third wife, Mary Jane Thomas. She married Tyler Dunning in 2015 and has two children, five-year-old Beau and two-year-old Audrey Lane. The couple owns a clothing line together called Weston Jane. A photo shared on Katherine’s Instagram showed the loving family spending time together at Seacrest Beach in Florida. 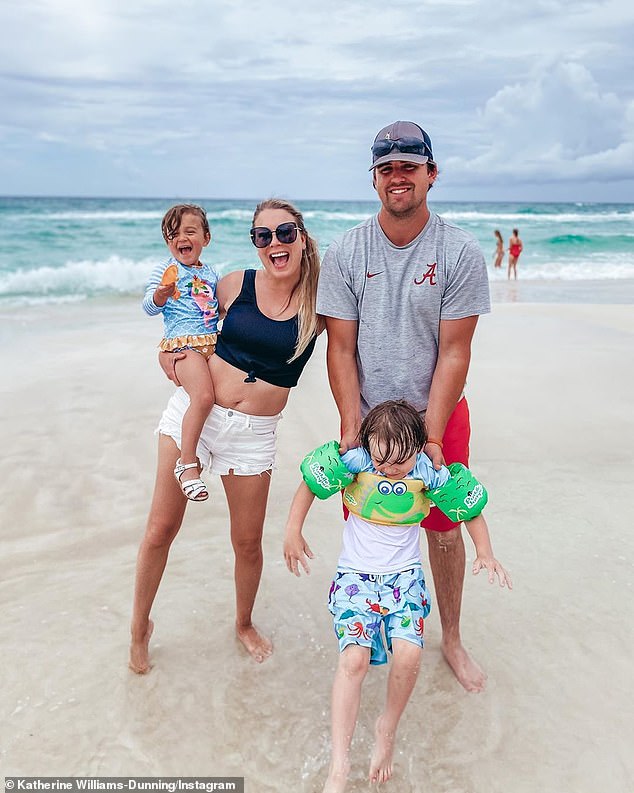 Katherine’s older sister, singer Holly Audrey Williams, commented on the crash Sunday morning in an Instagram post. “I have no words,” wrote Holly, alongside a photo of her father and sister with other family members. “On Friday morning I talked the family into taking this picture and had no idea it would be our last together with my precious little sister Katie.”

I have no words. On Friday morning I talked the family into taking this picture and had no idea it would be our last together with my precious little sister Katie. We all went to my great aunts funeral on Thursday whom we all loved dearly, and now are faced with another one. ALL we need is prayers. My daddy. My little brother. Katie’s husband (he is awake and responding don’t know injury extent yet). My niece and nephew. Her Mama. The Dunning family. All of us. So. Many. Prayers. Jesus is close. Thank you all ??❤️ Be merciful to me, O LORD, for I am in distress; my eyes grow weak with sorrow, my soul and my body with grief. Psalm 31:9

She explained the family went to her great aunt’s funeral on Thursday, and now “are faced with another one.” “ALL we need is prayers. My daddy. My little brother. Katie’s husband,” she continued. “My niece and nephew. Her Mama. The Dunning family. All us. So. Many. Prayers. Jesus is close. Thank you all.”
In the post, Holly said Tyler was “awake and responding,” but that they “don’t know injury extent yet.”