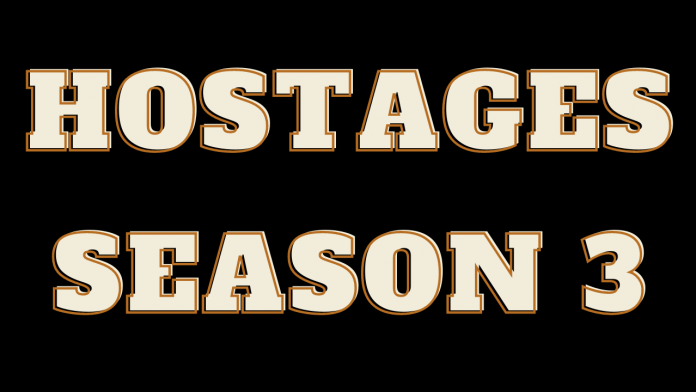 Indian Web series nowadays are exceptionally brilliant in comparison to those Hindi television serials. There are many shows on OTT platforms that promise to show you better entertainment like thriller, horror, comedy. When it comes to thrillers, people want to see something new. ‘Hostages‘ is the series that shocks you with a new kind of thriller. This series got its popularity so far that the first season released in OTT and then star plus channel.

After Sacred Games, Mirzapur, and Apharan, Hostages, is way too astonishing and fascinating at its platform. I seriously don’t think watching this concept is a waste of time. I know the concept of the show is taken from an Israeli show. Still, I loved watching this one.

Read on to know more about the third season of Hostages.

The first season was directed by Sudhir Mishra, who is well known for his direction in Chameli, Yeh Saali Zindagi, and Daas Dev, like movies. Yeah, it’s not a typo, but one of his movies is titled a Daas Dev. However, the second season director is Sachin Krishn, who does his job very well. If we talk about acting, Ronit Roy, with his masculine voice, nailed it, and his presence is so powerfully balanced. Another actor Tisca Chopra always gets attention from her performances before, she again does that very well. Dino Moria appeared in season 2, and he got so much appreciation from the audience.

Storyline of the Hostages:

When the family members of Dr. Mira are held, hostages. She finds herself in a tough dilemma. As her participation in the assassination of a key political figure is the only way to rescue her family members.

Though season 1 is a slow-paced drama, season 2 has it all and is worth watching. The storyline of season 2, how it continues from where they left, is an extraordinary script writing.

Some scenes are exciting and engaging, and an immense credit goes to SP Prithvi Singh (Ronit Roy), who has just stolen the show as he always does with his way of talking, expression, level of acting. Another show stealer is Aisha Khan, played by Divya Dutta. She is shinning in the second season. The story slowly picks up pace in the first five episodes, and then it’s just awful to watch. However, they left us wanting something more from it. Maybe it will lead to season 3 of this grand web TV show.

You may also read The School Nurse Files: Release date, Cast details, Plot and Everything we know so far

The Cast for the Hostages:

The casting was undoubtedly perfect. All actors played it very well, right from Tisca Chopra playing a calm and brilliant doctor, Ronit Roy playing a severe yet very composed and interesting character till the mortuary ward boy Amit Sial. Furthermore, some of the cast members of the Hostages are below.

So, the second season of the Hostages was a tremendous blast. And we cannot wait for the third season to be out as soon as possible. Do share your review about the show, and if you have any plot theory, we would love to read about it. You can tell us your story by using the comment section below.