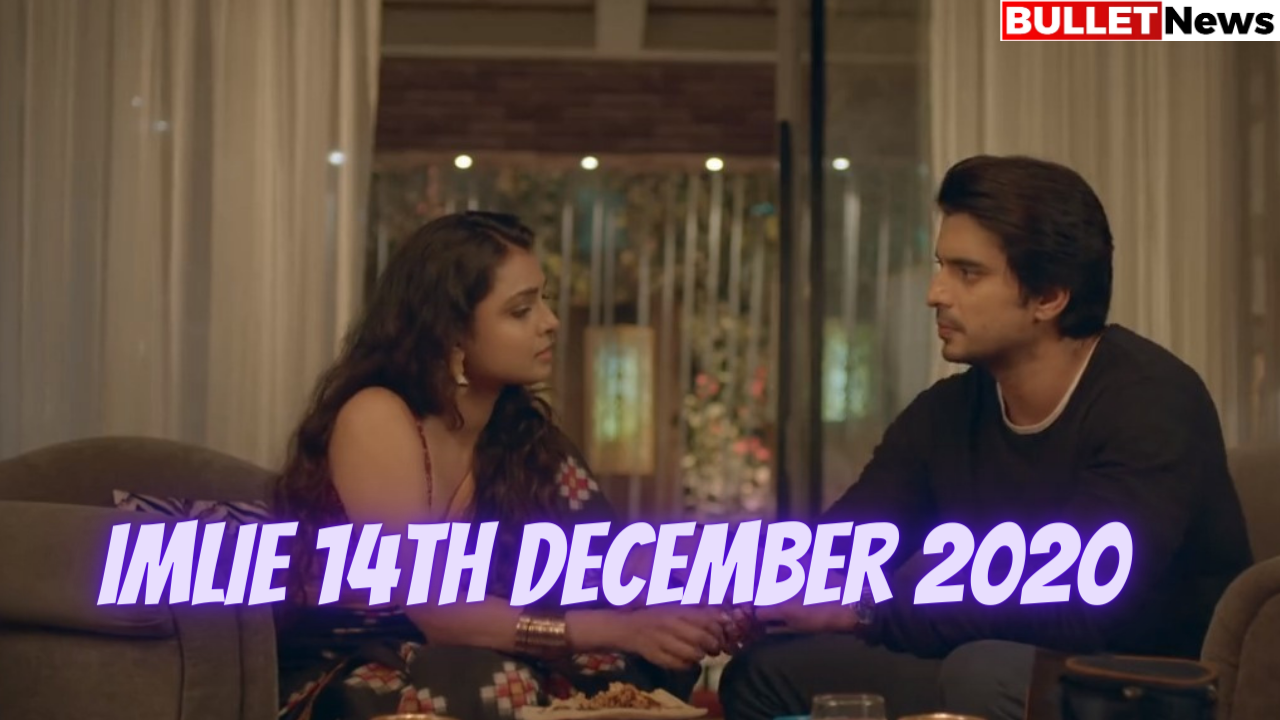 Aparna and Anu come with the engagement rings. Malini makes Aditya wear the ring. Anu says it’s the first time a groom’s ring is more beautiful than bordering. Malini tells Anu that she is not marrying Aditya for diamonds.

Dev tells Malini that she is marrying a hero and she doesn’t need diamonds.

Imlie feels very bad at the engagement ceremony, and she tries to go back from there. As Aditya puts the ring in Malini’s finger, the ring slips from Malini’s finger. The ring falls on the floor and goes near Imlie’s feet. Imlie picks the ring.

Malini comes near Imlie for the ring. Imlie smiles and says sorry to Malini. She further adds that the ring came to her by mistake. Malini tells her, it’s okay, you return it to me. Malini takes the ring back. Aditya and Malini get engaged. Rupali and other family members congratulate Aditya and Malini. The next day, tauji reads the newspaper and reads news about Imlie.

You may also read Imlie 12th December 2020 Written Update: They saved the girls

Aditya notices this, and he thinks, how will he tell everyone that Imlie can’t live in their house.

Malini, Dadi, and Dev are sitting together when a servant comes there. He tells Malini that he found a camera during cleaning. Malini remembers that it’s Aditya’s camera. She calls Aditya and tells him that he forgot his better half. Aditya tells her he can’t forget Malini. Malini tells him that she is talking about his camera. Aditya says that he will take the camera from her after finishing his work.

After cutting the call, Aditya remembers that there are some pictures of Imlie in the Camera. Malini, Dev, and dadi start seeing the pictures. Dev says that Aditya is a perfect photographer and journalist. Malini notices some pictures of pagdandiya. Anu comes and tells Malini that she has to go to meet panditji with her.

Malini tells her about the pictures of Pagdandiya, but the camera discharges suddenly. Aparna and other family members will meet panditji, and Aparna tells Imlie about taking care of the house. She tells her that she will be alone in the home and some guests may come.

You may also read Imlie 7th December 2020: Aditya again made her shocked by his words

She tells Imlie to greet the guest well. Pankaj makes a joke of Imlie by saying, “don’t mistake a guest as a robber.” Imlie gets irritated and tells everyone that she can’t take care of the guests. She tells them she will greet the guests very well.

Imlie thinks that she will make tasty food and will do her best to greet the guests.

Aditya receives a call from Malini. Malini asks her about pagdandiya. As Aditya is to say sorry, Malini tells him that she saw the pictures of pagdandiya but, the camera got discharged. She asks for the charger.

Aditya tells her that he will charge the camera later. Meanwhile, Imlie is busy cooking, and the doorbell rings. As Imlie opens the door, she finds a man there. The man tells her that he has to check the meteor. But Imlie stops him and asks him to come inside the house. He refuses to go inside, but Imlie forcefully takes him inside the house. The doorbell rings again, and a woman from an NGO comes.

Imlie mistakes her for a guest and takes her inside the house. In pagdandiya, Imlie’s nakali Nani is burning a newspaper that has Imlie’s picture. Mithi notices the picture and takes the newspaper from amma’s hand. She asks Satyakam to read the news. He tells Mithi that Imlie saved many girls, and she is praised for her bravery.

Satyakam tells her that the journalist is Aditya, and now, they can find Aditya’s address. He tells her that she can meet her daughter now. Imlie takes everybody inside, who comes to the house for any work.

Sabji wala, Dhoobi, everyone is sitting near the dining table and is fed by Imlie.

As the doorbell rings again, Imlie thinks there might be one more guest. She opens the door in much excitement, but she finds Aditya at the door. Aditya asks her to move aside.

As Aditya reaches near the dining table, the woman from NGO tells him to go back.

Otherwise, Imlie will also feed him forcefully. Aditya says sorry to them and tells them that it’s his house. Everyone thanks Aditya, and they leave from there. Aditya scolds her.

Aditya tells her that his family has to be embarrassed every time because of her. He asks her, wasn’t she satisfied after the kidnapping incident. He tells her that she feels good by hurting him.