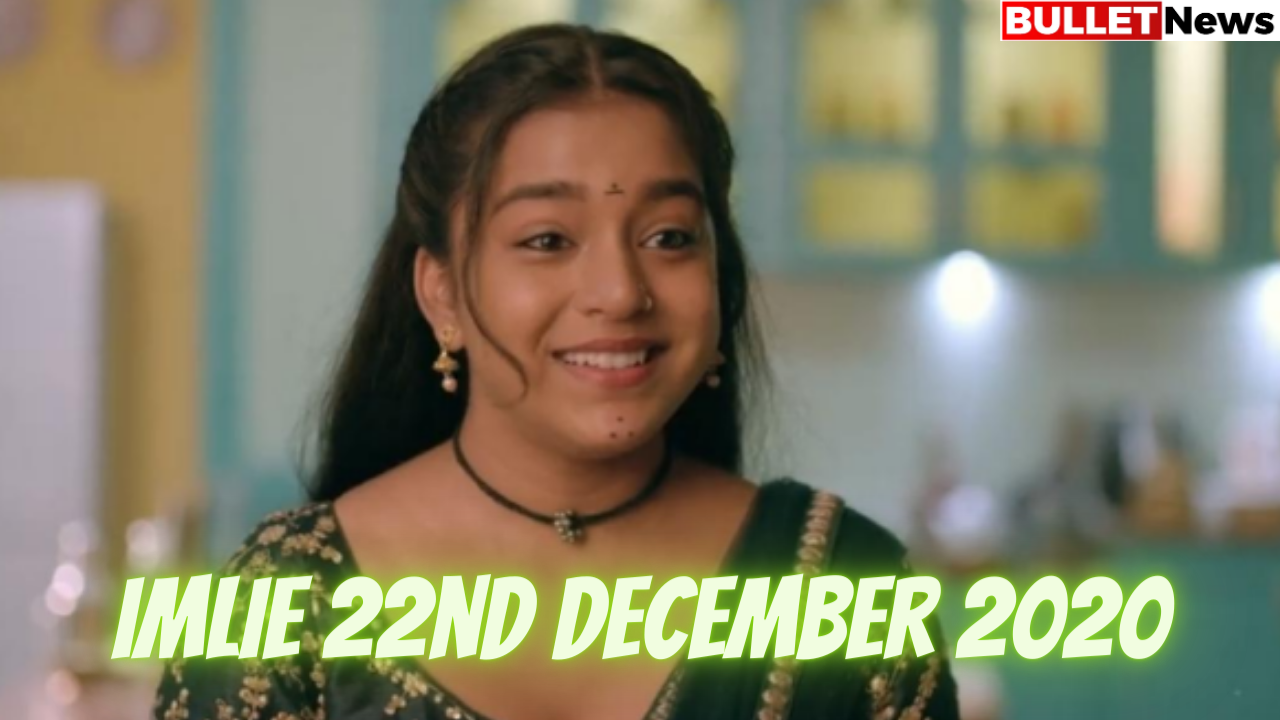 As the episode begins, Malini requests Imlie to put mehndi on her hands. Imlie looks towards Aparna. Imlie says to Malini, “you don’t need to say please, I will do the preparations.” Nidhi says, “finally, all problems are solved.” Rupali says, “but who will apply Mehandi on Aditya’s hand.

Twinkle and Sunny say together, “we will do it”. Aditya agrees to it. Aparna and Anu are looking at the preparations for the function. Aparna tells Anu, “you brought too many gifts.” Anu says, “I know you don’t need them. They are gifts”. Aditya comes near Dadi and says, “you forgot the box there.”

Dadi tells Anu that she forgot to feed a poor girl.

Anu says, “Imlie is also a poor girl. She will eat it”. Everyone looks towards Imlie. Imlie comes near Dadi and says, “why you all are looking at me like this?”. She says, “being poor is not a bad thing”. She says that the poor are also considered as a form of God in historical books.

Imlie says “a God never says no to food.” She takes the plate from dadi’s hand and starts eating the food. Dadi thanks her as Imlie gave her so much respect. Imlie starts coughing while eating. Dadi asks Shashank to bring something to drink for Imlie.

Shashank brings a glass of juice for Imlie. Shashank had mixed alcohol in a juice container. As Imlie drinks the juice, she feels something weird. Dadi gives Imlie some money as a gift. Imlie takes one rupee coin. She remembers Satyakam’s words that one rupee coin makes money a gift.

She tells Dadi that she will take just one rupee. Dadi gives her blessings to Imlie. Everyone goes from there. Imlie starts feeling drowsy as the alcohol starts showing its effect. Shashank tells her that he will help Imlie to go near her room. Imlie says that she can go by herself.

Shashank says that Imlie is not feeling well. Aditya tells Shashank to join everyone in the function. Shashank goes from there. Aditya asks Imlie, “if you are not well, why you promised to put mehndi in Malini’s hand?”. Imlie is drunk. Imlie gets on the table. She tells Aditya, “you always scold me.”

Aditya asks her to come down. Imlie says, “you have family, girlfriend, home, but I have nothing”. She says that she only had her mother, but now she is alone. Aditya tells her to be silent as anyone can hear her. Imlie says, “I never wanted to marry you, but I have to leave my home and mother”.

Aditya asks her to be quiet. He says, “please, don’t create a scene in the function today”. Malini, Nidhi, and Rupali are sitting together. Nidhi says to Malini, “you are looking very beautiful in this dress”. Malini says to Nidhi, “you all are also looking very good”.

Imlie comes there with the plate of Mehandi. Nidhi says, “wow, Imlie, you have decorated the plate so beautifully”.

Imlie sits near Malini. Imlie is cleaning Malini’s hand with rose petals. Due to the alcohol, Imlie feels very tired. Nidhi tells Malini, “we are going to dance”.

Nidhi says that Malini will also dance. Dadi feels very emotional. She says to Malini, “after two days, you will leave me.” Imlie remembers her marriage, and she misses her mother. A drop of tear from Imlie’s eye falls on Malini’s palm. Malini tells Dadi, “because of you, Imlie got emotional”.

Dadi says sorry to Imlie. As the music is turned on, Rupali starts dancing. Along with Rupali, other family members also start dancing. Aditya comes there. Everyone tries to force Aditya to dance, but Aditya denies it. Malini holds Aditya’s hand. Aditya and Malini start dancing together. All family is dancing. Imlie feels very bad, and she tries to go from there.

Malini calls Imlie and asks her to dance with other family members. Imlie goes near Malini and starts dancing with her. Aditya looks at Imlie and feels sad. As Imlie starts applying Mehandi on Malini’s hand, she feels drowsy due to alcohol. Twinkle and Sunny are arguing on a mehndi design for Aditya.

Everyone asks Aditya,” what happened.”

Aditya tells Twinkle and Sunny first to select Mehandi’s design. Imlie starts feeling very unconscious. She feels vomit and runs from there. As Imlie goes outside, she vomits. Aparna goes near Imlie. All the family members get worried. Aparna gives Imlie some water to drink.

Anu notices that Malini’s mehndi is ruined. She tells Aparna, “you asked Imlie to put Mehandi in my daughter’s hand, but she ruined her mehandi”. Anu further adds that Tripathi’s did all this to save money. Sun says that she should organize functions for her daughter.

Aparna is busy taking care of Imlie. Anu says to Imlie, “This girl ruined my daughter’s mehndi function. Still, you care for her”. Anu tells Aparna that Imlie shall not be present in the function now.