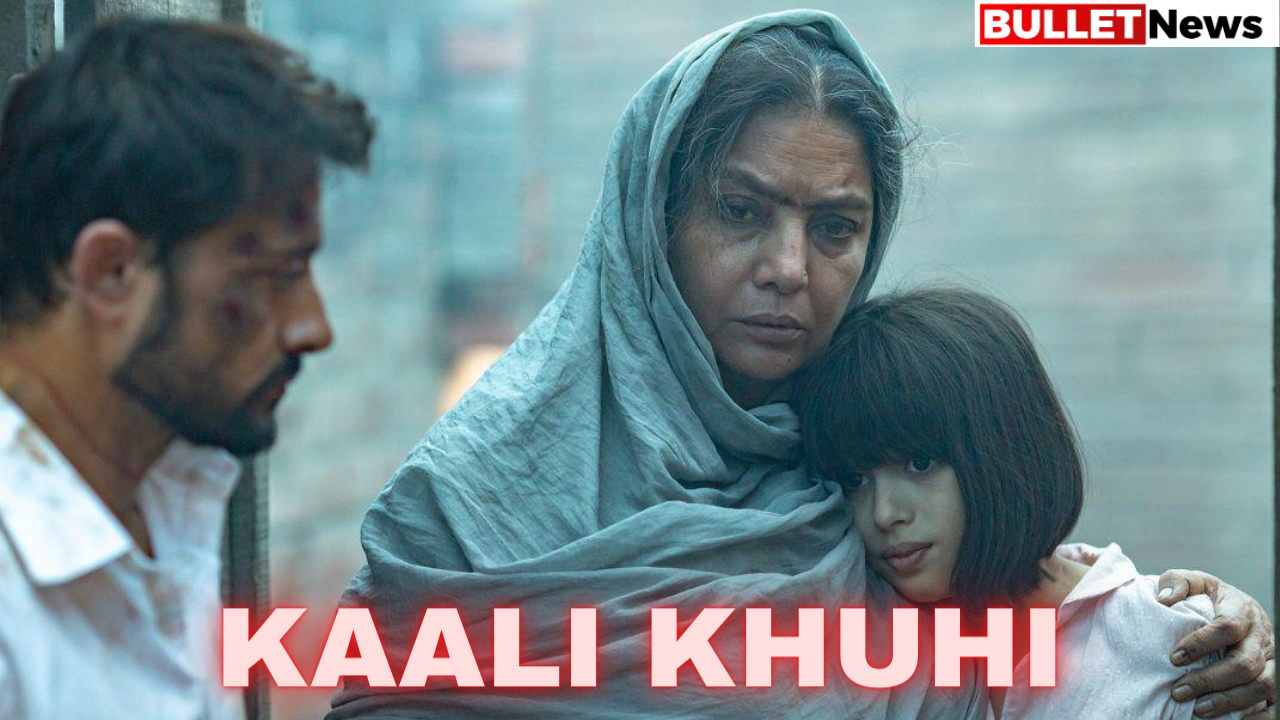 Kaali Kuhi means The Black Well, and it is a dramatic horror movie with a crystal clear theme – with a tint of suspense. The movie is a right blend of Indian drama and slight horror. Kaali Khuhi has its heart at the right place, but the way of execution is a bit baffling and bland. The story is set in rural Punjab, presented as lonely, dark, and quietly horrific. It has a horror plot, but it also conveys a message about female infanticide in Punjab. Moreover, the village’s name is not mentioned throughout the film and can be considered a metaphor to force it not to be restricted to one place. Female infanticide is widespread, and that’s the message Samudra and co are trying to put forth.

Talking about the cast of the movie, it includes the following actors with their characters:

You may also read Netflix Upcoming Releases in December 2020

The movie focuses on the issue of Female Infanticide. The movie tells how a 10-year-old girl tries to save the village from the growing female infanticide. Firstly Kaali Khuhi did lighten up the most resonant and perpetuated past of female infanticide. Director Terrie Samundra cleverly plotted the twists and turns, but you will be disappointed as the movie doesn’t have such horrifying shots if you wish to get horror-struck.

Darshan and his wife, Priya, along with their daughter Shivangi, are off to an unspecified village in Punjab to check on Darshan’s ill mother. Soon after reaching, they started experiencing some paranormal activities in their house. Their relatives and neighbors are reluctant to visit them in their house. Shivangi had no idea about the spookiness of the house. After getting to know about the stories, she realizes that the entire village is under a curse due to the catastrophic history of significant female infanticide.

Foreshadow of the Movie:

There are four women at different points of patriarchy in the film. First of all, Shivangi’s grandmother Dadi. Who embodies all the women who have turned a blind eye to crimes committed against women by the patriarchal system. Dadi looked away when her baby daughter was taken from her to be killed. She also harasses her daughter-in-law to take certain pills that she believes will guarantee a boy child. The second woman is Satya, a woman of Dadi’s generation. The plot eventually reveals that she was troubled by the rampant female infanticide in her village, even though she participated in it through her silent acquiescence.

The third one is Priya from the next generation, who is the wife of a man from the village and is fighting her mother-in-law’s insistence that she bear a boy child. The fourth one is Shivangi ̶; a girl child results from her mother’s rebellion against the patriarchal sanctions on her life. She is unaware of the politics surrounding her existence.

The film is replete with exaggerated ghost clichés, even by ghost story standards. However, the tale has been beautifully conveyed, which tries to give a strong message. In many villages, female foeticide is practiced even today, and there’s a need to end it.

The film has some excellent moments, and the theme is interesting, as well. But the screenplay is a bit sloppy. However, the background sound and music are excellent and not like typical Hollywood horror films. The movie’s storyline is impressive, but it would have been better if the execution had matched its level.

Furthermore, Shabana Azmi is the show-stealer with her tremendous acting; however, the other movie characters are confusing. The film fails to explore the conflicts surrounding these women’s lives. There are several loose ends to the story. Though the end is sloppy, the message which movie tries to provide is excellent. Moreover, direction, picturization, and storyline have impressed many. The bitter reality of society is out in a very fascinating and intense way.

Kaali Kuhi is not your typical jumpscare pre-natural-drama. There is nothing in this movie that can scare the dear life out of you. Other than a couple of passing shadows and a few mirror reflections. Moreover, the IMDb rating of Kaali Khuhi is 3.4, and 43% of Google users liked this film.

Overall, some people say that this movie is not a complete waste of time. You can watch this horror movie for the socially-relevant question that it poses to those who remain silent in the face of patriarchal crimes. So if you’re into this genre and have got 90 minutes to spare, you can give it a shot, while the rest of you can skip it. The choice is yours to make.