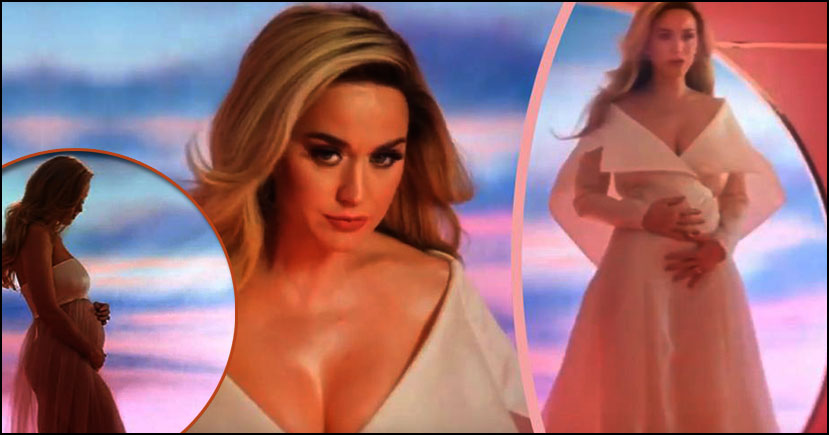 California, on Tuesday (March 3, 2020) in West Hollywood. “Katy Perry” spotted on the way out of her office, looking sporty and energized all while carrying her adorable dog under her arm. Katy was low key and casual for the outing, opting for a classic gray Adidas trefoil hoodie and matching three-strip leggings. She kept the sporty theme going with the iconic Superstar Adidas sneakers featuring black stripes. With her hair pulled back into a white cap, she also accessorized with a black pair of sunglasses and a luxe red Birkin bag by Hermes. 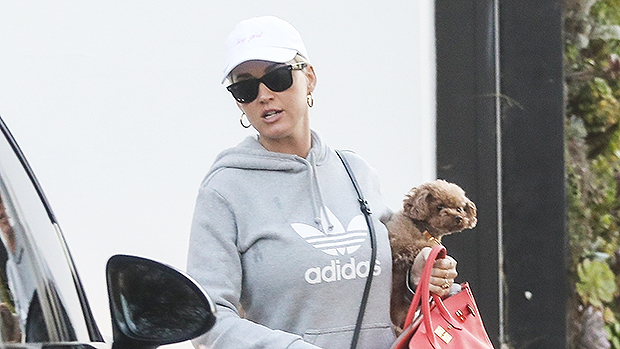 Recently, Katy posted a preview of her upcoming music video for “Never Worn White“. In the teaser clip, which invites fans to join her for the premiere, she can see cradling a massive obviously fake “Baby Bump”. Immediately, fans began wondering if that was a way of her confirming she actually is pregnant. We guess only time will tell.

The song’s title and the fact that Katy is wearing a white dress suggest. That the track will be about her upcoming wedding to “Orlando Bloom”. But could it also be her way of announcing that she’s expecting a baby? 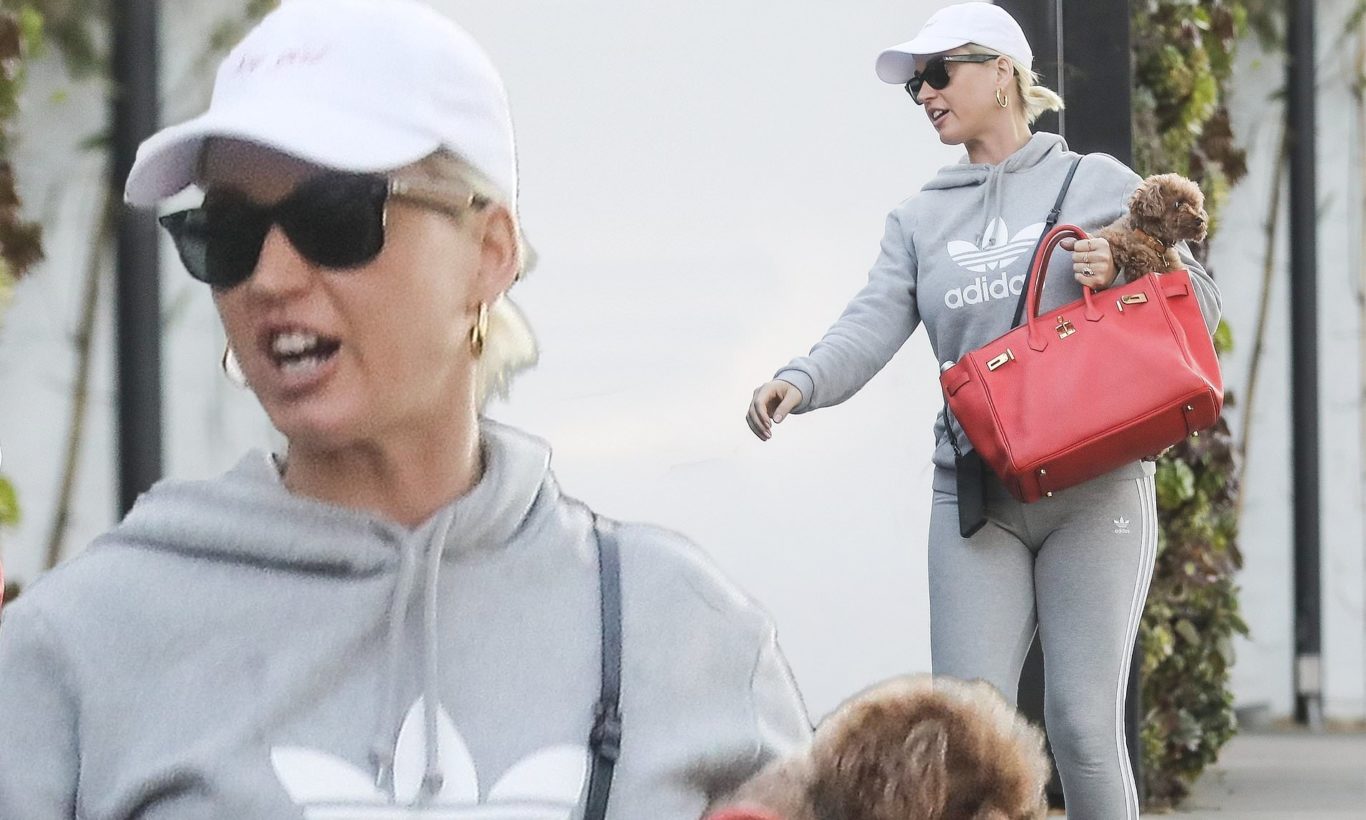 Orlando asked Katy to be his wife on Valentine’s Day 2019 with an intricate and unique flower-shaped ring. The engagement came after three years of dating, and the upcoming nuptials mark the second wedding for both. Katy was before married to comedian Russell Brand, 44, from (2010 – 2012), and Orlando married Miranda from (2010 – 2013).

You are cordially invited to the premiere of #NeverWornWhite ? Join me on the @YouTube watch page tonight at 8:30pm PT and chat with me (promise not a bot! ?) before the video premieres at 9pm PT! pic.twitter.com/igYGhBKqWH

Among her fans, one user suggested that she might be “temporarily leaving” music due to her pregnancy, and this is her way of announcing it. Another fan declared that her possible pregnancy would “save the pop industry”. Others were simply eager to find out the truth.