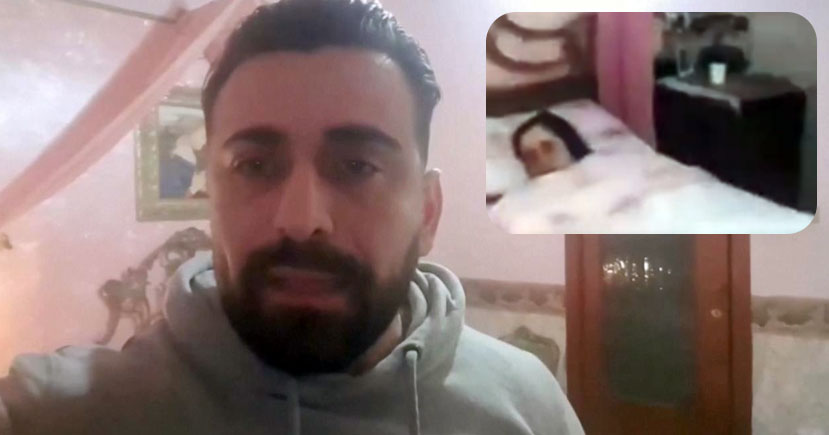 In the southern city of Italy, Naples, the brother of a woman who died at the house after getting coronavirus had to issue a desperate request on social media. He persuades Italian officials to come and collect her body.

Teresa Franzese, 47, lived with her family in the southern city and began to show the traits of coronavirus last week. Her health declined quickly and she died on Saturday before the results of a test for the disease were known.

Given the uncertainty, the mortician and the local hospital denied to pick up the body.

Brother Luca Franzese spoke in a video posted on Facebook

“My sister is dead, in bed. I don’t know what to do. I can’t give her the funeral she deserves because the institutions have abandoned me,”

He also said that his sister already suffering from epilepsy. As her situation worsened due to the virus he said, “To keep her alive I tried to give her mouth-to-mouth resuscitation. Nobody gave a damn,”

He showed her body laid behind him while struggling to hold back his emotions. “We are ruined. Italy has abandoned us. Let’s stay strong together. Please share this video everywhere,”

After waiting 36 hours, finally, morticians wearing emergency clothing came and took the body straight to a local cemetery where she was buried without ritual. While the family had to stay in isolation at home because of concerns they might also have the infection.

The country has shut down almost all its stores excluding food shops and pharmacies. This is Europe’s most difficult lockdown as illness deaths in Italy grew to 827 with more than 12462 cases of the virus confirmed.

According to the WHO, more than 4,614 people have died and over 125,288 confirmed cases globally. About 68,000 sufferers have healed, according to Johns Hopkins University, which is tracking the illness.

Only one person died so far in the region, which is the center of Naples. Franzese also said the officials had decided she had died of epilepsy.

“How can they know this if a postmortem was not carried out?” he said in a post on his Facebook page.