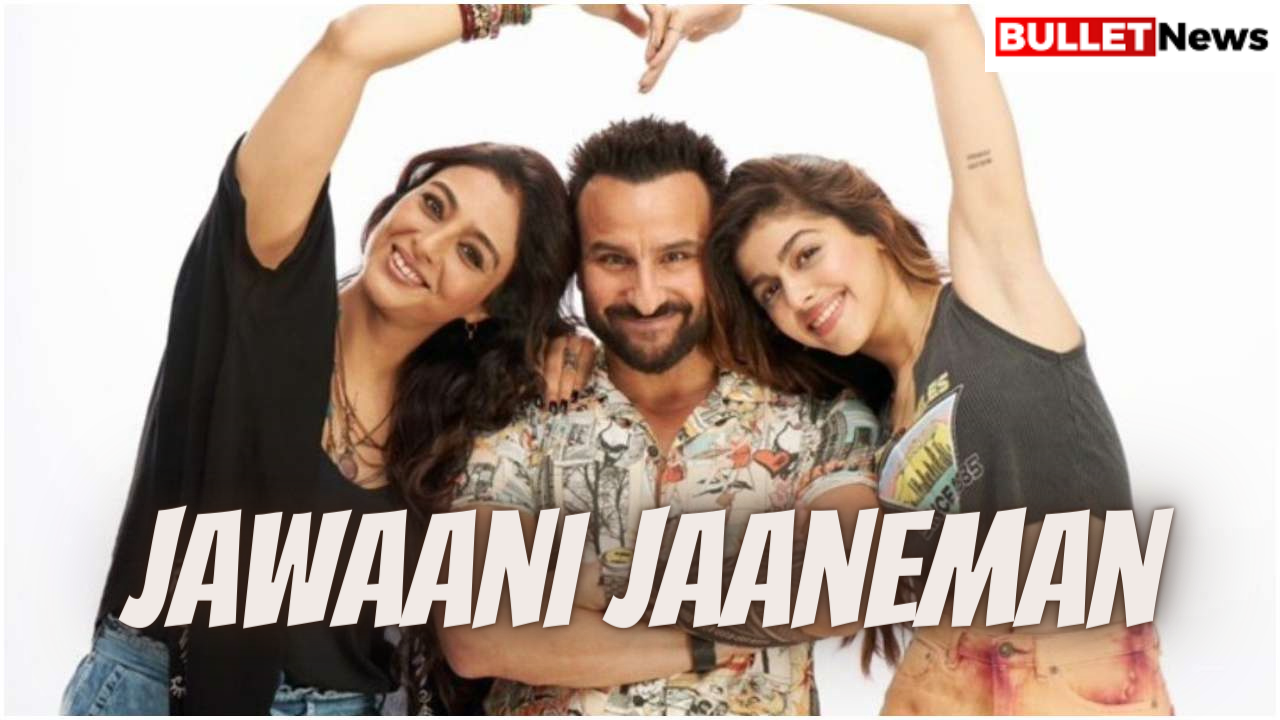 The movie Jawaani Jaaneman is a strange love story with surprising twists.

It gives a little light to the father-daughter relationship. The director Nitin Kakkar doesn’t take much time exposing the weird plot that unfolds in the promo as well, but still, the film has many more to be watched for.

The film gets mixed reviews in the theatre but got moderate success at the box office. They earn a gross amount of around Rs.45 Crore worldwide.

When we got to know about Jazz (Said Ali Khan) then realized his lifestyle. Jazz’s lifestyle is super cool, and a property broker by profession. He used to work in the daytime, parties at night in his friend’s bar, and chose girls half of his age. He changes women daily for spending nights.

One day his daughter bumped on him and said, you know there are 33-34% chances that you are my father. He got shocked and didn’t accept it by saying no, I am alone. Later he got to know that girl who claims his daughter is pregnant and tried helping her.

Saif always works hard for his roles to be perfect.

His character in the movie was a little vulnerable, but he also brought out his specialty. Jawaani Jaanewan is the debut movie of Alaya Furniturewalla.

She played the role of a young girl who knows the bad things about her father. But then also she wants to reunite with her father.

She acts so naturally on the screen that you got connected to her. She makes you emotional, but there were many light-hearted moments too.

The most exciting aspect of Jawaani Jaaneman is that while preventing stray scenes in which Jazz’s mom (Farida Jalal) and father pay attention to their sons’ choices.

It does not have any character deciding on the actions of others when the protagonist’s mother discovers that she has a granddaughter who, on her part, is a week away from becoming an unwanted mother herself.

Kumud Mishra, as always, is a dependable presence, filling the slot with complete honesty. And Kubra Sait, a woman who wants a mature relationship rather than a vain fuss, shows a lot of promise and is expected to see her in more non-vegetarian roles here.

However, there are many strong performers in the film and even performed well. But still, the movie couldn’t make its presence remarkable. The movie looks to be suffered in between its plot and editing. Jawaani Jaaneman repeatedly has scenes of club showing the lead character is a party animal.

The narrative of the movie is not that effective.

They tried to bring out the essential points in comedy, but their jokes were not that much fun. They must try a little more to make the audience connected and laugh at the jokes.

It feels soothing to watch Tabu in the movie. She is there in the character of an empowered hippie woman. But the disappointing thing is that she doesn’t have any critical purpose in the movie. And her screen showing time was also less.

You may also read Yeh Ballet movie review: Another true story of a young boy, from the road to millionaire

If we talk about the movie entirely, its first half is entertaining. In comparison, the second half speed slows down as it leads to anticipated and little moralistic parts.

Saif Ali Khan will bring you inside into Jawaani Jaaneman. In comparison, Alaya will do her work to let you stick to the movie.

However, we could say that if the writing of the movie is a little more consistent, it would have made all the meters up and made its existence a remarkable one.