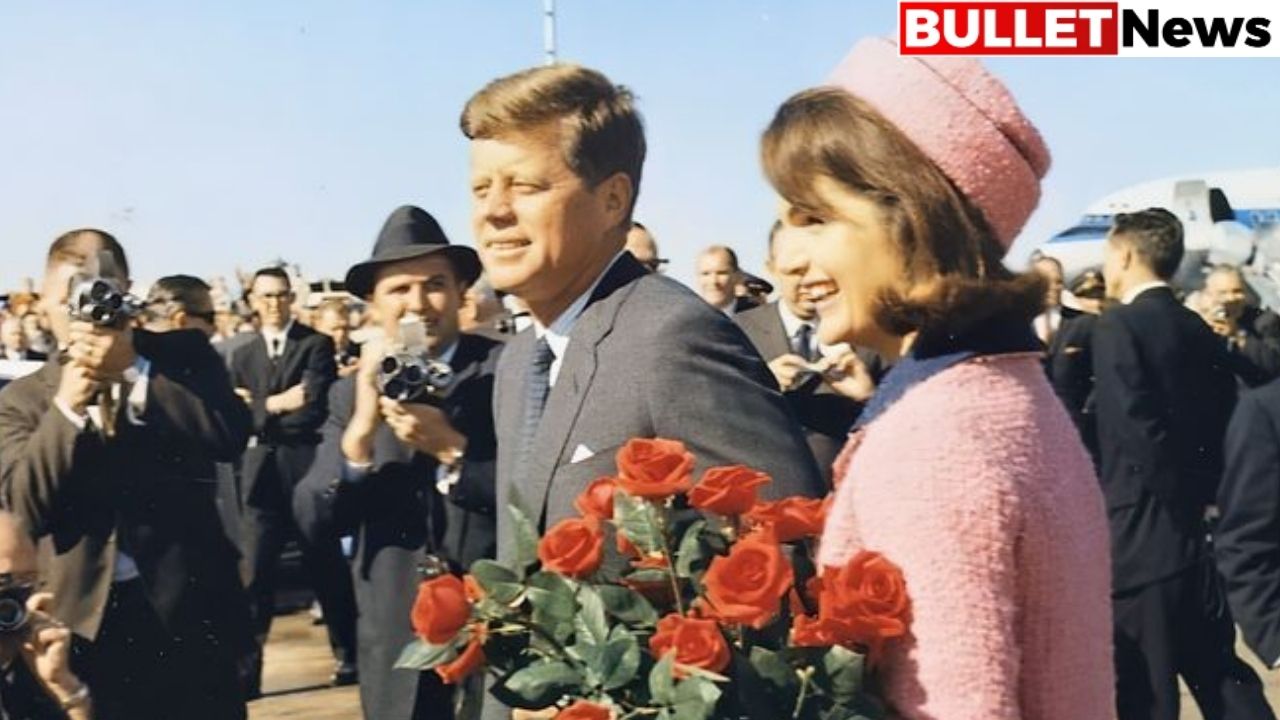 So you know, Stone JUST ASKING QUESTIONS, because who knows if he’ll come to any particular conclusion. Before Stone uses the overly dramatic behind-the-scenes voice of narrator Upie Goldberg. And a group of talking heads are shot to make them look out of the shadows. The Stone puts together a tense montage of archival footage in which a worried news anchor. Which has terrible news about Kennedy and the citizens. The dumbfounded shared their reactions. It ends with a retro clip with one of the commenters saying. “This murder is now the most thoroughly documented crime in American history. And it’s all there for those who want to get into it”. It doesn’t matter if we do this!

Then we see Stone himself wandering in a fateful place;

Dealey Plaza in Dallas looks like the darkest cemetery in America. It’s time to reinvestigate the JFK murder, as many new documents have been discovered. That will further obscure the rapidly fading details of what happened 58 years ago. (I’m paraphrasing here.) Then he starts shooting out information that makes us feel like we’re being stabbed by something. Magic Orbs? Yes, magic ball.

JFK names, faces and terms and the Seinfeld episode starring Keith Hernandez is back:.Jack Ruby, the Zapruder movie, the second shooter, Warren Report, etc., etc. There is also a fun ride to the rifle sling attachment points, and boy. That don’t let me start with the rifle sling attachment points because I will never stop! And if you’re interested in the painful details of government bureaucracy. The sequence around the forensic evidence chain of custody. Including the accompanying graphics — will heat up and excite you.

Aided by expert commentary, some of whom have even written books, Stone takes all the old stuff we need to know, but we might not remember and relates it to the documents that have been released since he did JFK – and we look at some of the documents. In all their glory on blocks of text, yellow graphic markers show us the critical places. Halfway through, Stone changes gears in How to Why, and we get a mini-biography of Lee Harvey Oswald and reveal that there were two previous plans to kill JFK and, therefore, two extra buns.

The actual motive for the assassination of the President is unclear with some nonsense:

Regarding the political conflict, the left JFK refuses to enter Vietnam. At the same time, the right, the FBI and CIA, are so determined that they must have manipulated everything that happened before that event, creating a snowball of distrust of the government against modern threats to America’s core democratic values.

Hey, do you want to fool anyone? No one likes to be conned – by shadowy conspirators or supportive conspiracy theorists. So, where are we going with this one? On the Occam razor or in the weeds with stones? And it doesn’t just take us to the weeds – this documentary is just a storm. I’m teary. I need coffee and a compass. Please have someone point me in the general direction.

Only those who have read a book about JFK’s head wound can distinguish between new and chewed up information. (A quick note – have you ever seen the graphic photo of JFK’s body that Stone showed us? You’re embarrassed; consider yourself warned.) It’s hard to say which chapters of Stone’s conversations are believable, objective, or otherwise retractable. The context of JFK’s obsession with supporting Stone’s claims. Incidentally, that statement never arrived at a coherent result. Questions does leads us to more questions, which lead to more questions. And the alleged fraud network becomes so complex and involves so many people. The film contradicts its arguments, and the conspiracy allegations begin to disperse.

And he found some interesting inconsistencies in testimony and documentation – ballistics, autopsy, autopsy photographer – by stopping at the dentist at autopsy photographer, but only to raise an eyebrow. Suffice it to say that this is the film which is a less convincing argument that JFK’s murder was an internal matter but a testament to the incompetence and wrongdoing of investigative boards like the Warren Commission. What is that other razor? from Hanlon? You know – never attribute malice to what stupidity explains enough.