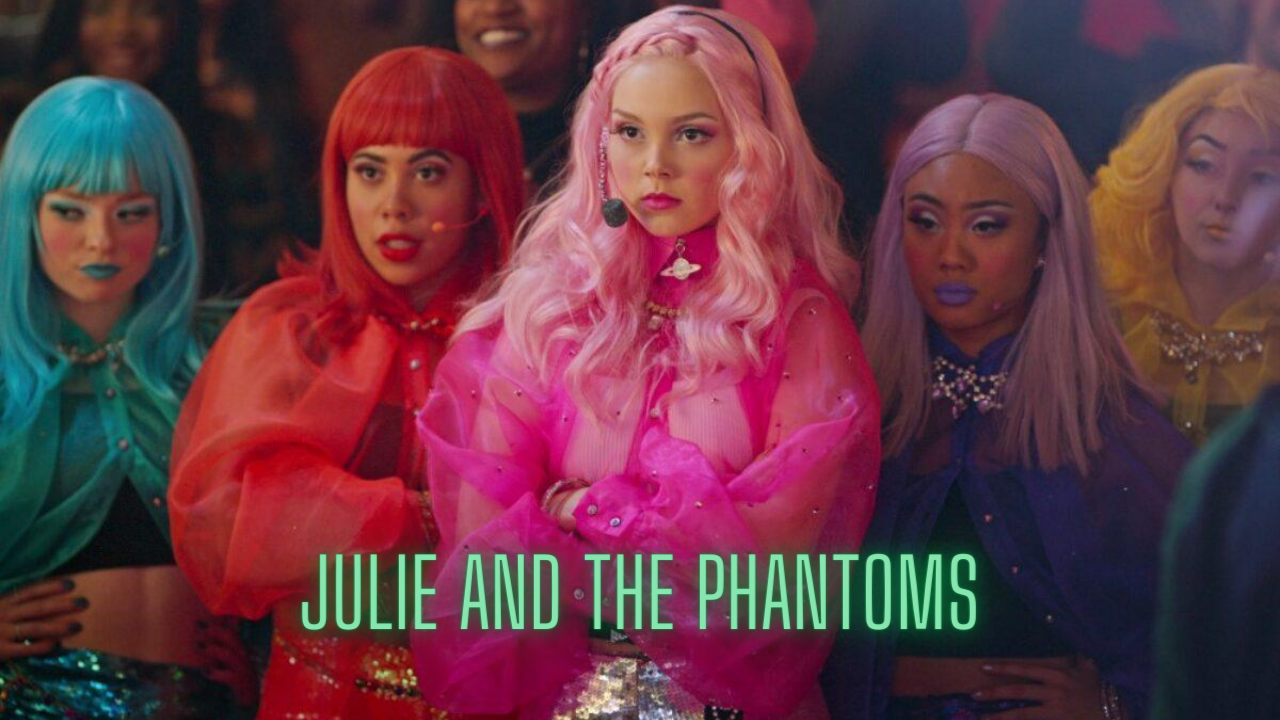 Kenny Ortega’s creations High School Musical and Hocus Pocus, Remember these names. We used to love these episodes. After all these years, Kenny Ortega is here again with his new creation, about to premiere on Netflix soon. Netflix shared a glimpse of the new series Julie and the Phantoms, featuring Madison Reyes as the main character Julie. This time we are getting musical comedy-drama with lots of guitars, glitters & ghosts.

The show is based on the Brazilian series Julie e os Fantasmas written by Paula Knudsen, Tiago Mello, and Fabio Danesi aired in 2011 on Nickelodeon Brazil.

Ortega is in a multiyear deal with Netflix, and Julie and the phantoms are a part of it. Dan Cross and David Hodge will serve as showrunner and executive producers.

The trailer of Julie and the phantoms released on Wednesday

In the trailer, Julie, a high school student lamenting the death of her mother. She ended up forming a band with three ghosts. The trio of ghosts encourages Julie to express herself and moves others through her music. & ghosts must complete some ‘unfinished business’ to ‘cross over.’

Madison Reyes will play the role of High Schooler Julie lost her Mom and her passion for music along with her. Three ghosts’ dreamy musicians with unfinished business from 1995 appeared in her Mom’s old studio. Yes, you heard it right ‘GHOSTS.’

Julia became friends with them and started feeling her inner spirit beginning to reawaken. She starts to write songs and to sing again. One of the ghost boys falls in love with Julie- because they both know what it’s like to have lost their moms. (Ghost boy mom is still alive but he is dead so he’s aware of the pain of losing her Mom).

Thanks to weird funky magic, Julie can see them, but other people cannot unless they play music with her. They inspire and ended up stating a band with them called Julie and the Phantoms.

Cast Details: Who will be there on screen

We will see Madison Reyes as a Julie (the main character, the whole story revolves around her)

Release date: When we are getting chance to watch

Netflix original Julie and the Phantoms will premiere on September 10, 2020.

It will be available on all the major Netflix markets, including the USA, UK, UAE, INDIA, and others.