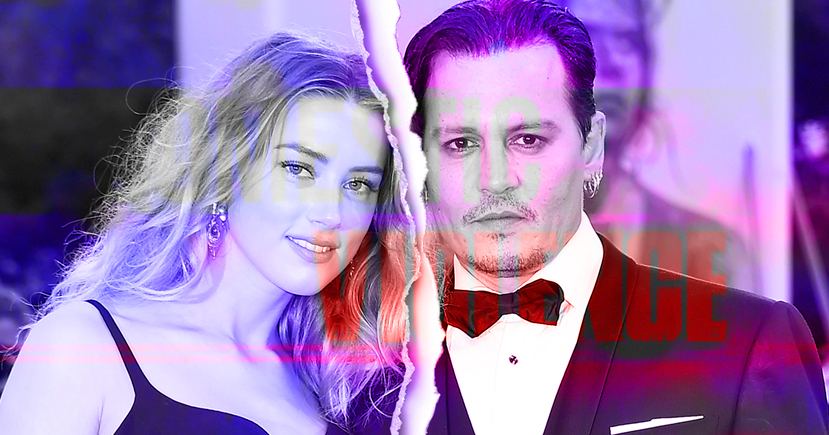 Domestic violence case between Amber Heard and Johnny Depp became one of the most talked-about incidents in Hollywood.

More than 280,000 Johnny Depp Fans signed an online petition against Amber Heard to remove her from the lead cast of "Aquaman 2". The petition started after the actress confessed about hitting her ex-husband Johnny Depp in an audio clip.

A fan named Jeanne Larson started the petition after The Daily Mail published a series of audiotapes. She requests fans to stand against domestic violence.

“They must not ignore the suffering of Heard’s victims and must not glamorize a domestic abuser. Men are victims of domestic abuse, just like women. This must be recognized, and action must be taken to prevent a known abuser from being celebrated within the entertainment industry. As Amber Heard is a known and proven domestic abuser, Warner Brothers and DC Entertainment should and must remove Heard from their Aquaman 2 film project,” she writes on change.org.

Jeanne Larson also tells about another series of abuses committed by Heard. Another partner accused her of domestic violence in 2009. This resulted in the actress's momentary arrest and the opening of a case file.

In the recorded audios, Amber is talking to Depp, confessing that she hit him. She mocks him for being a "baby" because he leaves whenever their arguments get out of hand and turn violent. Amber said that she "can't promise" that she "won't get physical like that again".

Amber Heard and Johnny Depp are now in a lawsuit after Depp files a $50 million defamation case. He did so after the starlet implied in a Washington Post opinion piece last year that he had abused her in their “toxic” 18-month marriage. The actor claims that she frequently physically attacks him. In one altercation, Depp had the top of his finger broken after Heard threw a bottle of vodka at him.

After all allegations, Amber continues to fight back. She says, "just because I fight or talk back does not mean I have not been subjected to domestic abuse". Heard called Johnny's claims false.

A spokesperson for Amber blamed Johnny Depp for “vindictively” leaking the tape, telling The Daily Mail, “Anyone familiar with the dynamics of domestic abuse would immediately recognize what is really going on here”.