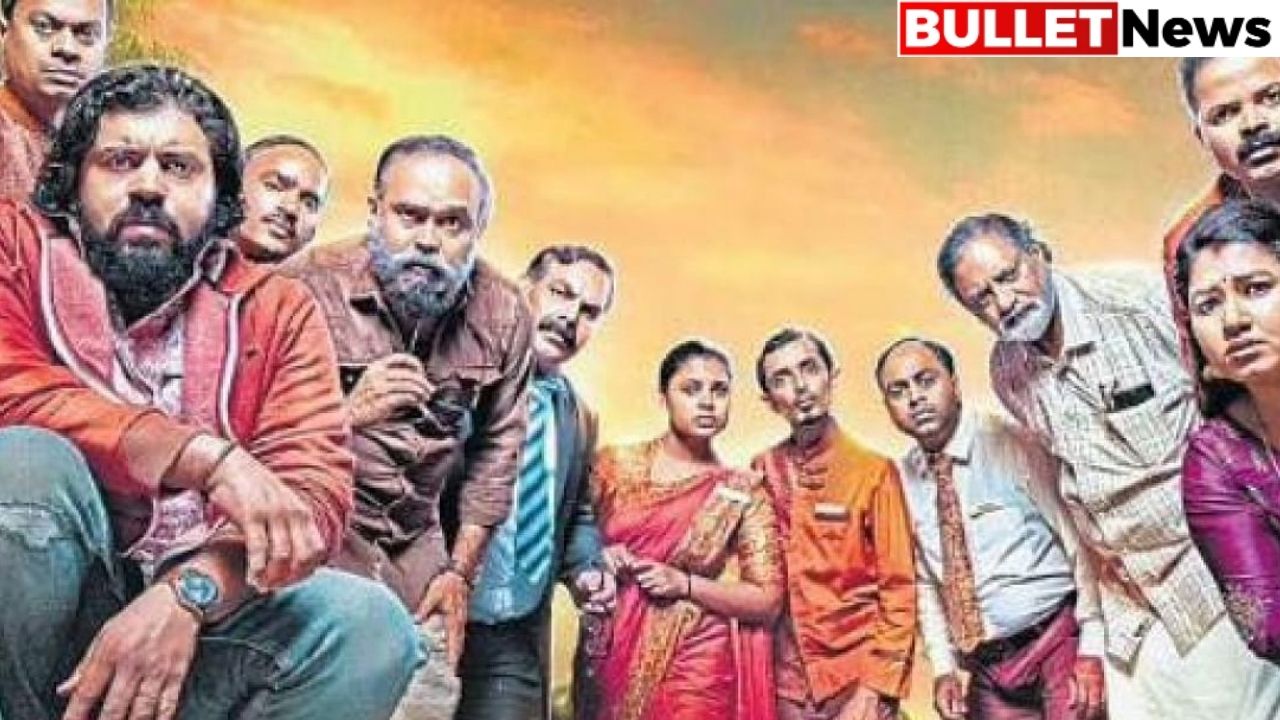 In the first series of credits reminiscent of reports from old stage plays:

Kanakam Kaamini Kalaham made a clear statement of intent that should not take too seriously. It’s always fun when a director does this and lets the material flow freely in all directions. But it can be catastrophic when things go wrong – as it did in the second half of the film – after what was interesting at first.

In his second film, after the adorable Android Kunjappan, Ratheesh Balakrishnan Poduval composes a story around missing jewels, just like in Thondimuthalum Driksakshiyum.

You may also read “Oh Manapenne!” Movie Review: This remake reminds us why we love Pelli Choopulu

But so far, the similarities between the two films are over. Pavitran (Nivin Pauli), a young actor who runs an acting school with two students. And his wife Haripria (Grace Anthony), a former actress in a television series.

That are having a hard time in their personal lives. They decide to take a trip to make things right, but it turns out to be a bad idea. As the hotel they are staying at is less functional than their family’s.

At the same time, the lack of gold-plated jewellery. It becomes a symbol of a messy marriage and a way out for disappointment in the couple’s personal and professional life. And the anger of overworked and underemployed people paid the hotel staff.

The hotel lobby, where the entire ensemble gathers, is a scene of lively humour. From a hotel manager who his girlfriend constantly bullies to a writer.

To be ridiculed by a drunkard for his fictional “handicap” to a couple worried about “goose” in their bed. By not walking correctly in the hotel. There are a lot of laughing moments in this section.

But then the storyline does decrease:

Repeating the same mistake in different ways creates the feeling that the director has run out of ideas. Towards the end, even the attempted s*xual assault is treated with humour, meaning that the screenwriter has lost it.

Despite some attempts to poke fun at the stereotypes. There are ugly stereotypes in the script about characters from minority communities. However, those characters also get some of the best comic strip scenes in the film.

Although the director boldly clings to making a full-length comedy with absurd humour. The film only succeeds to a certain extent.

You may also read “Rathnan Prapancha” Review: In Rathna’s everyone you see is a winner

While it aims to be a social satire, it falls short of what Paapam Cheyyathavar Kalleriyatte has achieved in the same way over the past year. All of the quirky sets and film hints. Including Stanley Kubrick’s hotel room horror The Shining, are wasted on a film that ends up being a parody of itself.

To this end, the troubled couple rested at the Hilltop Hotel in Munnar. It’s run by a beleaguered Joey (Viney Fort) who deals with incompetent staff and an excited friend on the phone, and now the couple is on vacation, which adds to their troubles.

It sounds like the premise of endless fun driving. But the film falls short despite some hilarious moments. Like when Haripria gets mad at her husband for acting like a clown, and he wonders if he can praise his acting skills.

With a duration of about 2 hours, until the film starts strong:

The jokes seem too subtle with a very funny title distribution, playful puns, and good situational humour. The film offers a glimpse of marriage and, without being too tragic, shows the sacrifices and compromises.

These are considered average women’s duties. So it’s good to look at it from the outside cutely and subtly and see the guy trying to get away from not doing his job even when the woman tries to say yes. The male-female equation is also used with a slow loop at the end.

Nivin Polly is unencumbered and personable in his comic book portrayal of a failed artist and husband, and Grace Anthony is excellent. Still, they lack the charm and killer skills that made them memorable in previous comic books and dramatic roles.

You may also read “Aafat-E-Ishq” Review: This Neha Sharma star is a victim of lame execution